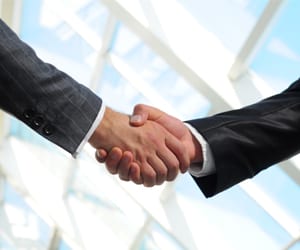 The move is part of Novomatic’s ongoing restructuring of its global sales and production logistics division. All departments and areas related to the operation of the Novomatic’s arcades, as well as gaming equipment rental, will be brought under Komnacky’s new division.

Komnacky, who has been with Novomatic since 2014, was previously working in market analysis, strategy development and business development within the company. Throughout his tenure he has played key roles in market entries and company takeovers, as well as acting as managing director for two company subsidiaries.

Novomatic board member Ryszard Presch said: “The clear focus of this restructuring is the creation of a bundled, cross-divisional unit that takes on the support, control and coordination between the headquarters and the international operating subsidiaries.

“With Thomas Komnacky, an experienced Novomatic manager is taking over the management of this central area, who not only knows the group very well, but has also worked closely with the national companies.”

Komnacky added: “My goal is to make a significant contribution to increasing overall company performance through even closer networking with the subsidiaries as well as the targeted guidance and support from the headquarters.”