Her Majesty’s Revenue and Customs (HMRC) has confirmed that it will not appeal a court ruling that determined value-added tax (VAT) was incorrectly applied to revenue earned from certain gaming machines prior to 2013. 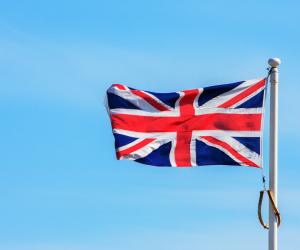 Her Majesty’s Revenue and Customs (HMRC) has confirmed that it will not appeal a court ruling that determined value-added tax (VAT) was incorrectly applied to revenue earned from certain gaming machines prior to 2013.

The decision, which sets a precedent for all gaming machine operators to claim back wrongly paid VAT, could see the retail betting sector receive significant rebates from HMRC.

Betfred and Rank Group were plaintiffs in the case, with Betfred arguing that VAT had been incorrectly appleid to revenue earned between 2005 and 2013. In Rank’s case, it concerned VAT paid between 2002 and 2005.

The case dates back to December 2005, when the Gambling Act came into force. This saw a VAT exemption for B2 gaming machines (fixed-odds betting terminals) removed, despite remaining in place for casino, online and electronic roulette machines.

Prior to 2005, B2 machines were subject to a 15% betting duty, which was then replaced by VAT. Rank challenged the imposition of VAT, based on the inconsistency of the exemptions, which concluded with the Court of Justice of the European Union ruling in the operator’s favour.

However, it was not until 2013 that VAT was replaced by machine games duty, originally set at 20% before being raised to 25% of gross revenue in March 2015.

The operators’ challenge was upheld by the First-tier Tribunal Tax Chamber (FTT), which ruled that applying VAT on games based on the channel through which the end user accessed the content breached the principle of fiscal neutrality.

While HRMC then challenged that decision, the Upper Tribunal ultimately ruled in favour of Betfred and Rank in April. It rejected HMRC’s claim that the FTT erred in law and while the exchequer had leave to appeal, it ultimately decided against that.

A spokesperson for Betfred said that that HMRC’s decision means the case, “in so far as it affects Betfred, is now at an end”.

William Hill, on the other hand, said that it had submitted claims “which are substantially similar to those provided in the VAT challenge.

“Those claims have not yet been subject to the detailed evidential and accounting reviews that will need to take place before entitlement to the refund can be settled.”

While it admitted it was unclear just how much it was likely to recover, it noted that its board had considered a number of scenarios that suggested a up to £150m would be repaid.

“As a result of this announcement, we will now engage with HMRC to agree the support for, quantum and timing of the refund,” William Hill added.