The need for speed to market led to initial gaps in product and delivery but now the race is on to develop the killer app for US sports bettors. 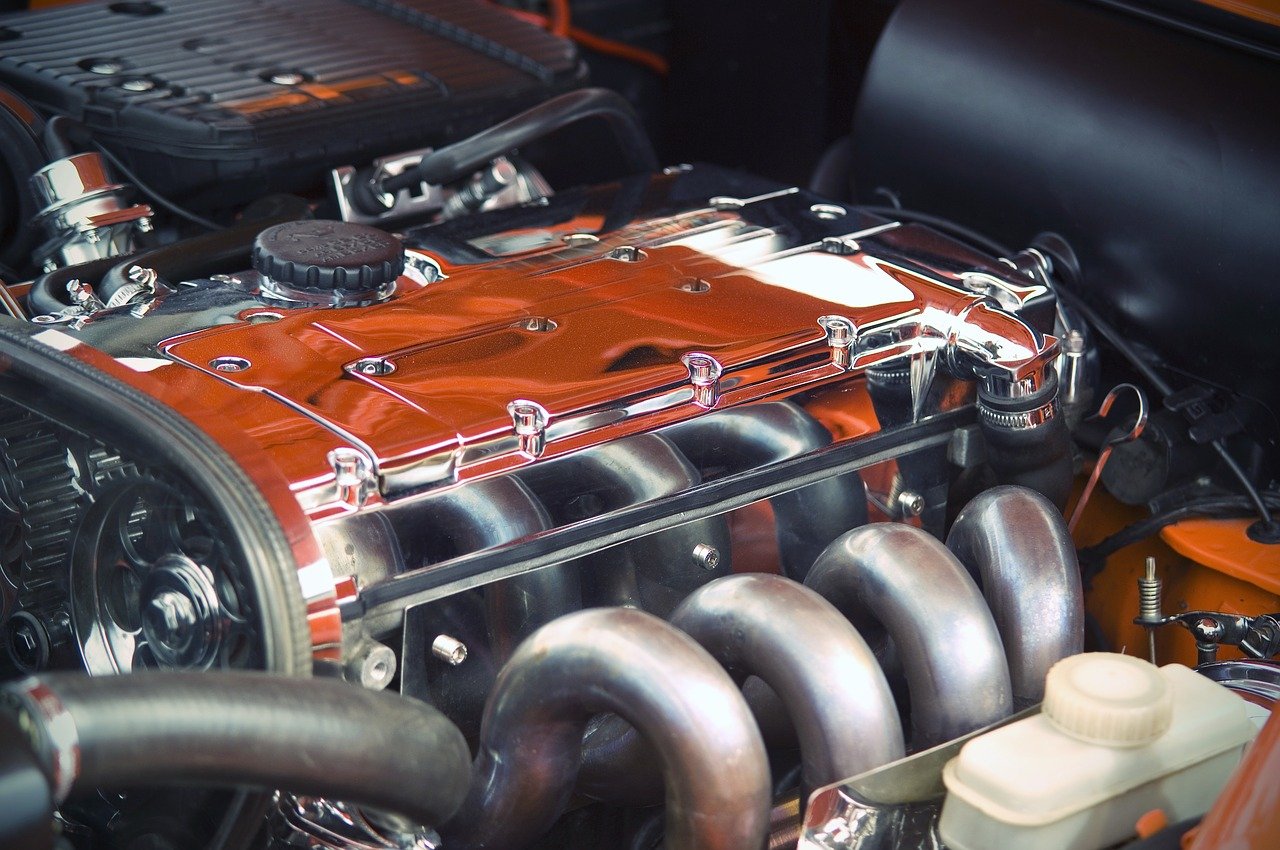 This forms part of the ICE 365 US sports betting series’ Path to Profitability, a deep dive into marketing, product and new revenue streams across the US. Read the full range of analysis from the iGB team here.

The amount of news generated by the regulated US sports betting market and the clearly competitive nature of each state-by-state opportunity sometimes obscures the fact that this is still early days when it comes to the actual product on offer to newly unleashed legal punters in the US.

“Everyone’s goal was focused on getting there for day one, even if that meant launching with a minimum viable product,” says Kevin Vonasek, vice president of corporate development at Golden Nugget Online Gaming.

“On the product side, I believe we’re still in the very early days,” suggests Omer Dor, chief executive and founder at Sport IQ, a next-generation proprietary odds provider. “For the most part, the first two years since PASPA was repealed have been predominantly categorised by a race for market access deals and getting live as quickly as possible,” he adds. “From a product standpoint that meant the majority of the focus has been on getting all the pieces in place to get a sportsbook operational.”

This has necessarily led to compromises over product delivery, suggests Vonasek. “Everyone’s roadmap is a rolling debate between filling gaps that haven’t yet been ported over from Europe, knowing which ones to skip, and where we can create uniquely new US features that improve the experience and create customer loyalty.”

There is, then, an element of a new frontier being opened up for regulated sports-betting in the US. But it should still be remembered that this is far from being completely new territory.

While the fall of PASPA represented a watershed for those states that could now choose to regulate sports betting, it is more properly categorized as an expansion of the regulated market for sports betting.

Nevada has, of course, been ruling the roost for many decades and that brings with it both a storied betting heritage and the knowledge that when it comes to US sport, Vegas betting lines will be pre-eminent. Then there is the offshore market, the somewhat hidden competitor for every regulated operator and whether it is fair or not, the benchmark against which many consumers will base their assessment of any regulated sportsbook offering.

“Betting and gaming are not new in the US,” says Brent Winston, co-founder and chief executive at BetSwap.io, a secondary marketplace for sportsbooks. “Both regulated and unregulated markets have thrived to the point where the US has been seen as the dominant global market and is likely, over time, to push for that position once again – so just because sports betting is being legalised it doesn’t mean that the industry is developing overnight with an uninformed audience.”

Among those being converted are the newest cohort of sports betting-savvy consumers; the daily fantasy sports audience. “The fact that the precursor to sports betting in the US has long been fantasy sports cannot be underrated,” says Winston. “One can argue whether or not fantasy sports should be considered betting, but the normal gameplay of the players – who are now the core betting market in the US – included a myriad of changes of the bet over time, trading players and, of course, once again the player-versus-player element.”

This is not, then, a naïve customer base. Moreover, their collective demands to be serviced with a decent product – and in quick order – have exerted a pressure on the operators which helps explain many of the product decisions. In particular, it provides the rationale for the initial and sometimes somewhat awkward moves to marry up a US-focused offering with the existing platform experience from Europe. But that is changing partly because of an influx of both money and talent into a sector which was previously a far more marginal endeavour.

“There are lot of really clever people in the US who until now may not have found it all that attractive or feasible to get involved in legalised gambling,” says Marc Thomas, partner at sports betting consultancy Propus Partners. “You have the epicentre of technology over there and now they can work in gambling. They can now start developing their ideas and at the same time it appears it may be a good time for innovators to raise money for their sports betting-related projects.”

Leading the efforts to develop a uniquely US-facing offer is a developing and burgeoning US-based and US-focused supply side as companies such as the aforementioned BetSwap and SportsIQ, as well as companies such as Simplebet, get to work on evolving the product. Similarly, there is the example of the now US-listed GAN which recently bought Coolbet in order to specifically service US opportunities.

“We want to bring technology into the US,” says Dermot Smurfit, chief executive at GAN. “We want to bring a fundamentally better product, with better managed trading services. You can buy the tech but with the clients in the US need you to drive the car for them. Will all clients want to control the tech stack? No.”

A central factor in the ongoing adaptation of existing sports betting technology and product to the US opportunity is the nature of the underlying sports. “We are constantly developing and enhancing it to refine the user experience – we view the development of a sportsbook as never complete,” says Simon Noy, head of trading at Kambi.

“American football is a hugely important sport for us in terms of resources and we have worked hard to expand our offering by increasing the number of player props available and investing in the combinability in these markets,” he adds. “The same goes for all major US sports, including baseball, hockey and basketball, as well as other sports that drive significant US engagement such as golf.”

“The successful cross-sell of daily fantasy into US sports-betting has meant more of an emphasis on player-specific markets in US facing products – that’s an area where US sports product has distinguished itself from other international sports,” says Liam O’Connor, who leads the customer success function at Banach Technology.

“But we’ve also seen an early adaptation of the TV audience to betting concepts like in-game player props, in-game parlays and cash-out,” he adds. “These are relatively new concepts in soccer and haven’t caught on quite as quickly as the US where regular peak coverage, longer games, more ad-breaks and rich play-by-play data can all add to a higher demand for compelling in-game betting.”

Indeed, the foundational argument around many state-by-state opportunities has been over mobile betting. Any restrictions around having land based-only sports betting or even in-person registration inevitably retard the formation of a distinct regulated US sportsbook offering. It is a glib phrase, but the US should indeed be a truly mobile-first market.

“The market largely skipped desktop,” says Noy. “Overall, mobile in the US accounts for more than 80% of total online turnover, a higher rate than in Europe.”

Winston agrees. “(We) have passed and reached the point where mobile activity is synonymous with all leisure activity, so there will be a seamless transition for US bettors,” he says. “It seems as if US bettors don’t know of a time of betting without their mobile device. If you look to the US, bookmakers are coming up with new and innovative solutions to get users engaged from their mobile devices.”

He points to Penn National’s Barstool Sportsbook. “It is an example of a mobile sport betting offering innovating at the highest level. Barstool has leveraged its loyal, sports-betting crazy and predominantly mobile social media following to generate a large amount of handle on its sportsbook.”

Given developments in other sectors – look at the recent furore around mobile trading app Robinhood, for instance – the mobile-first nature of the sports-betting market should be a given.

As part of this, in-play will certainly evolve. “At present the majority of money in US sportsbooks is on the main pre-match markets – spread and total points – paying close to evens odds,” says O’Connor. “But there is largely a focus on single bets. As the US market matures and the in-play offering is expanded then we would envisage that in-play will also become the dominant handle driver in US sports betting.”

Another central element of just how US sports betting will develop comes down to localisation. State-by-state expansion highlights the regional nature not just of the regulations but also the offerings.

“Localisation of product will be a key differentiator in the US market,” says O’Connor. “Just as many UK-based operators learned that they needed to localise their offering if they were to succeed in new territories like Australia, Spain or Italy, for instance, the US will be no different where an emphasis on product offering for Nascar could be a key differentiator in West Virginia or where a superior college football product will resonate with customers in Tennessee.”

Many believe that innovative player and props bets will be the killer app for US sports betting. “The way in which (the US audience) will interact with sports betting will be more an extension of fan engagement and sports entertainment rather than the traditional way we have seen in more mature markets,” says Dor.

Or as Vonasek suggests, the pressure from the bottom-up will move betting into a new future. “With our love of parlays and prop bets combined with the sheer number of daily events, the attention span of millennials, and the high-paced scoring changes found in the NFL, college football and college basketball, I believe that will drive US mobile in-play and cash-out betting to new heights.”

Indeed, Noy points out that at instant betting saw a threefold increase this past season compared with last. “NFL live punters who placed an instant bet last season made up over 20% of the NFL live punter base and were responsible for around 45% of turnover, making it almost three times as large as non-instant punters.”

But there is a catch to all this potential development – bandwidth. The move to 5G has the potential to transform in-play betting generally but no more so than in the US. Jeevan Jeyaratnam, head of compilation at Abelson Odds, says that at present the latency issues mean that with much of US sports the TV picture time lag means that for all the potential of in-game betting in, for instance, American football and baseball, the fact is that markets are suspended much more than they are open.

“Using 5G you can clear that up, you can come close to no delays, even when watching on TV it will be a level playing field,” he says. “Eliminate latency then you reinvent in-play. It could be an absolute game-changer. I honestly believe this is the next big step for the betting industry.”

Unfortunately, this picture being painted of a bright new dawn comes with an expensive blot. Early in February, the US Federal Communications Commission raised a record $81bn from mobile telecoms groups for 5G spectrum. Such is the good news.

The bad news, according to an article from Eric Schmidt, former chief executive and chairman of Google, is that in investing such enormous sums, it will leave the indebted auction winners with precious little left to actually develop the needed infrastructure.

“5G is more marketing than a true step change in data speeds,” Schmidt wrote. In fact, a further $70bn in investment in a new network and new cell sites is needed, he warned. “Without it there will be no 5G, and no base on which to build 6G. America’s digital economy will become an also-ran.”

It appears that the revolution in in-play, ironically perhaps, will also come with some latency issues.