2 minutes read
The Pennsylvania Gaming Control Board has revealed that fantasy contest providers generated turnover of more than $15m (£11.6m/€13.2m) in the state last year after figures for December showed an 11.7% month-on-month drop in revenue. 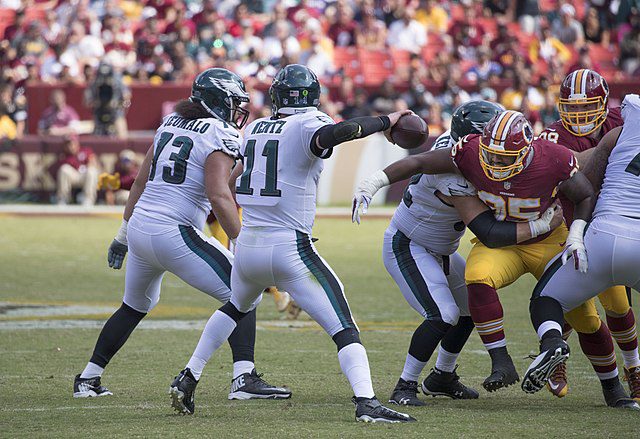 The Pennsylvania Gaming Control Board (PGCB) has revealed that fantasy contest providers generated more than $15m (£11.6m/€13.2m) in the state last year, with figures for December revealing an 11.7% month-on-month fall in revenue.

The regulator said that adjusted total revenue for fantasy contest providers in December – a notoriously quiet month for operators – was $2.86m, almost exactly the same as the figure in October, before rising to $3.24m in November.

The providers’ total revenue in Pennsylvania in 2018 was therefore $15.31m, generating $2.3m in tax income for the state. The PGCB launched a regulated daily fantasy sports market in the US state on April 28 last year.

In December, the fantasy market’s two biggest players, DraftKings and FanDuel, continued to dominate despite both seeing revenue decline. DraftKings’ revenue slipped from $1.7m to $1.35m, while FanDuel fell from $1.4m to $1.32m.

The nearest challenger was Fantasy Football Players Championship, which posted identical month-on-month revenue of just over $137,000.

The latest figures mean that last year DraftKings and FanDuel generated a total of $7.91m and $6.96m in revenue in the state respectively. The combined total of the two fantasy giants accounted for more than 97% of the fantasy contest-related revenue in Pennsylvania in 2018.

With fantasy providers’ revenues taxed at 15%, just under $3m was generated for the state last year.

The latest figures were published after the PGCB announced last week that sports betting in the state generated revenue for operators of just over $2m from a total handle of $16.2m in December.

A total of $722,000 in tax was generated from sports betting via Hollywood Casino at Penn National Race Course – which took the first legal sports wagers in the state in November – as well as Rush Street-operated SugarHouse Casino in Philadelphia and Rivers Casino in Pittsburgh, both of which launched sportsbooks on December 15.

Sports betting is currently limited to land-based venues, but Penn National has previously said it expects to start processing online sports wagers in the first quarter of this year.