William Hill chief executive Philip Bowcock is to step down from his role at the end of September, with the company's chief digital officer Ulrik Bengtsson named as his replacement. 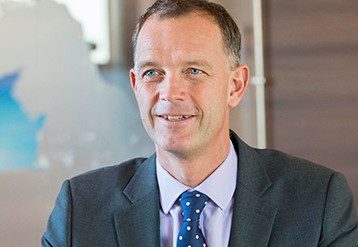 William Hill chief executive Philip Bowcock is to step down from his role at the end of September, with the company's chief digital officer Ulrik Bengtsson named as his replacement.

Bowcock (pictured) will step down as CEO and from the William Hill board on 30 September, but will remain an employee of the operator until the end of 2019, to assist with the transition to Bengtsson's leadership.

He first joined William Hill from cinema chain Cineworld Group as chief financial officer in November 2015, before stepping up to interim chief executive following the departure of James Henderson. He was then handed the position on a permanent basis in March 2017. His departure is described as part of William Hill's succession planning, and consistent with its strategy of becoming a digitally-led and internationally diverse business.

“I have thoroughly enjoyed my time at William Hill,” Bowcock said. “It has been an intense period with the industry and business experiencing significant structural and regulatory change.

“After all the work the team has done, I believe the business is now well placed to take advantage of the opportunities presented in the US market as well as continued growth in digital.”

William Hill chairman Roger Devlin added: “I would like to thank Philip for his important contribution to William Hill over the last four years, both as CFO and for three years as CEO. During that time, Philip has built a great team, with real depth and a strong culture and overall the business is in good shape.”

Bengtsson becomes chief executive officer designate and a director with immediate effect. He joined William Hill as group chief digital officer in April 2018, and led the integration of MRG Group in the position.

He previously spent five years at Betsson, joining as chief executive of its Malta subsidiary, before being named group CEO and president following the departure of Magnus Silfverberg in February 2016. He then left the company in September 2017.

“I am delighted to be taking on the CEO role at such an exciting time for William Hill and look forward to working with the team to deliver our strategy,” Bengtsson said.

“We have a great opportunity to build William Hill as a digital and international business by driving online growth in the UK and internationally, growing a scale US business, remodelling retail and delivering our Nobody Harmed ambition.”

Devlin said the board was pleased to have named Bengtsson as Bowcock's successor.

“Having overseen the group’s digital operations for 18 months, he knows the business well and is ideally suited to lead our next phase of growth,” he explained. “Ulrik has deep understanding in digital and has the international and sector experience we need to deliver on our strategy. His appointment will provide continuity, stability and operational digital leadership as we deliver on the strategy we have set.”

The change in leadership at William Hill comes after the bookmaker last month reported a year-on-year increase in revenue for the first half of 2019, but also a decline in adjusted operating profit, primarily due to changes in UK law for fixed-odds betting terminals and the cost of its expansion in the US.