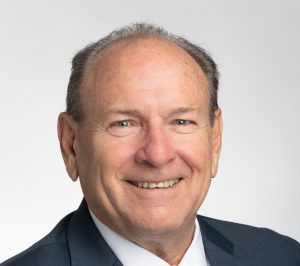 Over the last few years, I have written a number of articles on the absence of gender diversity in the executive and board ranks of the gaming industry, as well as about gender salary disparities throughout the industry.

My efforts were driven by a desire to establish that women are treated as second-class citizens within the industry, that this is inappropriate and unfair, and that while there are people talking about it, change is very slow in coming.

I suppose it was this activity that led to me being invited by iGB to serve as a judge in selecting the 10 Most Influential Woman in igaming for 2020.

One of the initial issues I needed to get my head around in accepting this responsibility was the whole notion of having special awards for women. One seldom sees awards for the top 10 men in gaming, or the top man, and so forth, so I needed to think through the logic of just including women.

Tackling ‘institutional male supremacy’
The reality of the situation is that women have suffered systemic discrimination since forever in the gaming industry, and it is difficult for women to get noticed in a system where male supremacy has become institutionalised, with patterns of behaviour and practices that perpetuate a second-class status for women.

This includes the nonsense of the meeting before the meeting, where the men all talk about sports. And the nonsense of men needing to dominate panels, either by not inviting women to participate or by talking for a much higher percentage of time when there are women on panels.

This includes essentially every gaming website being generally ‘male and pale’ as they show the company’s board and executives. This is the boys going for drinks after work together, the fact that men in leadership spend more time providing career advice to other men as compared to working to help women, and the reality that men generally promote people who are like them. And this is just a start. All of these actions harm women and waste valuable human resources.

So with this in mind, it was easy to recognise that a special award for women should indeed exist, and also to agree to be a judge.

I do have two points I would like readers to consider, however. The first is that people understand there will be many women who will not be nominated for this honour because these women have been the victims of past discrimination, women who deserved advancement but were skipped over for less qualified men. For this reason, these women have not had the opportunity to shine and gain notice. Unfortunately, I believe this is more often the rule rather than the exception.

Second, I have come to understand there are many women in the gaming space who do not have a voice. These are the women in gaming who toil along anonymously day after day, for less salary than their male counterparts, balancing the needs of home and family, and who are afraid to complain about the injustice for fear their career may suffer.

Making use of the attention
After we judges vote, I am sure the women who are awarded this honour will thank iGB, the judges, their colleagues, and all of that. This award will give 10 deserving women some attention and a greater voice, and that is always nice.

I would hope that these women will use this added attention and voice to speak for all women in gaming, and speak against the systemic discrimination that exists in the industry. I would hope that they will speak for that woman who was passed over for the promotion and that woman who was afraid to speak out against the daily nonsense out of concern for losing her job.

In essence, I sincerely hope that each of the women selected understands this award is not about her as much as it is about helping advance the cause of justice for women.

I sincerely hope that each will become an advocate for working to achieve parity for women in the industry and help stop much of the nonsense of male superiority in our working environments. And most importantly, I hope that men start listening, for discrimination is a terrible attribute for an industry to possess.