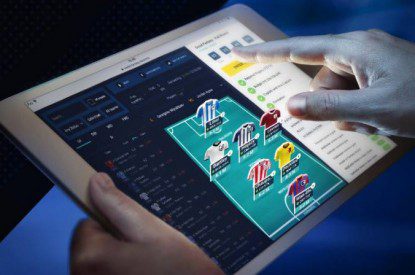 With major sports leagues concluding seasons interrupted by the novel coronavirus (Covid-19) pandemic during the quarter, this had a positive impact on the supplier’s revenue.

For the three months to 30 September it generated SEK15.0m (£1.3m/€1.5m/$1.7m), with growth from existing clients supported by new sign-ups. During the quarter, Scout expanded its agreement with Kaizen Gaming, operator of the Stoiximan and Betano brands, as well as a deal with Eastern Europe-facing operator Parimatch, as well as a distribution deal with BtoBet.

“It is particularly gratifying to announce that most of our operators reached an all- time high in revenue generated from our products during the month of September,” Scout chief executive Andreas Ternstrom said.

During the quarter, Scout invested in its prize pools to make its products more attractive to end users, including the launch of a season-long Premier League game, with a €1m prize pot, as well weekly contests with €100,000 pools.

A Champions League contest similar to the Premier League game has also been launched, with a €250,000 prize pool.

“Furthermore, we are planning a number of major seasonal tournaments with larger prize sums. We are also gradually increasing the prize pools in general,” Ternstrom added.

“I’m happy to report that we are generating increasing volumes from sports and leagues outside of European football and that we maintained much of the activity on our games offered within different esports.”

The quarter also saw Scout raise SEK75m through a new share issue, as it looks to build up funding to accelerate growth.

Turning to costs, Scout reduced personnel expenses to SEK8.2m, though other external expenses jumped to SEK18.4m. Resulted in the business’ loss before interest, tax, depreciation and amortisation (EBITDA) widening to SEK11.6m, up 46.8% year-on-year.

After depreciation, amortisation and impairment charges of SEK1.7m, the business’ operating loss also widened, to SEK13.3m.

Looking ahead, Ternstrom said the supplier was focused on product development, and close to launching another game in its network. It is also testing a jackpot betting product on its internal brand Fanteam, ahead of a full roll-out early in 2021.

Its partner roster has grown further early in Q4, thanks to a deal with Balkans-facing operator Meridianbet.

“We continue to see strong prospects for the European market for sports in general and for fantasy sports in particular, we make the assessment that we have opportunities to grow the business significantly in the future,” he said.