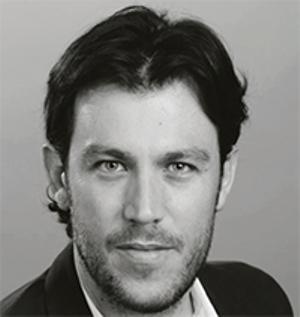 Africa is widely recognised to be a region of significant growth with advancing regulations. If the engagement with events such as ICE Africa is anything to go by, all eyes are on the market as operators look at the number of opportunities on offer.

In early July, Honoré Gaming signed a strategic deal with Lottery.com, an American company that has a distinguishing right to export US lottery products outside of the US.

iGaming Business spoke to Cyril Casanova, head of business development at Honoré Gaming, to discuss exactly what this exciting deal entails. “The fact that we have been chosen by Lottery.com, a legitimate reseller of the US lottery products, is an achievement for Honoré Gaming,” Casanova begins.

“I assume we managed to demonstrate a deep knowledge of the betting landscape in Africa. It helps having customers in 19 African countries, which is key when you are tackling such an ambitious project. Casanova explains that Honoré Gaming has been able to develop its turnkey solution significantly as a result of its existing customers in the market. “This includes a B2C website, agents application for kiosks, web-based B2B for shops, USSD/SMS B2B and B2C operations”

Casanova feels that part of the reason why Honoré won out this procurement process comes down to its approach to Africa. “You know, people often incorrectly consider Africa a single big country.

The reality is that each of the 54 countries has their own cultural specificity, their own regulation and their own betting behaviours.” This is especially relevant when it comes to tackling different verticals. “For instance, there is a strong lottery culture in Nigeria, whereas that’s not the case in Tanzania,” Casanova says. “I believe that Lottery.com was convinced by our experience in the field.”

That said, the vertical is not without challenges in Africa. Culturally, operators will need to acknowledge and adapt to what Casanova calls the “African reality”. Two regulated operators have launched Lottery.com products through our platform the last week of July, and three more are due to be launched by the end of September.”

The future is bright?

With so much about the region attracting attention and excitement, it’s easy to forget that stability is still a while away. Casanova says: “From a business point of view, I would say that we may face regulatory challenges in some countries. We may also have to deal with trust challenges from our players. African punters have had to face many scams regarding jackpots not being paid.”

His hope, however, is that gaming boards will look upon US lottery tickets more favourably. Tickets are actually bought in the US, and proceeds from their sale contribute to positive social causes, whereas other ‘synthetic’ international lottery draw products are based on reinsurance, in addition to paying the full jackpot from real ticket sales. Lottery.com has also been involved in a humanitarian aid partnerships adding credence to this claim.

Casanova concludes by saying that having a wealth of knowledge about the African market has always been a priority for Honoré since the company’s inception in 2013: This approach has driven product development,resulting in an open platform working with standard hardware and a light and scalable online platform. This, he says, makes things easier when it comes to integrating new products.

“We’ve stuck to our philosophy for US lottery tickets and, from a technical point of view, this product has been super easy to integrate into every channel. We’ve integrated into iframes on an existing website, using our API to communicate with any kind of POS on an existing network, and simply through a web-based application. Extending this product integration into any current platform is now very easy.”