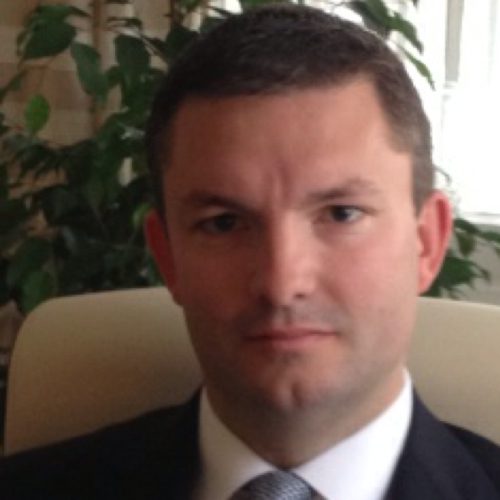 Rather than go back to the dawn of online, we have chosen to rebase our new index on Friday, 11 May, 2018. That date is significant because the following week PASPA was repealed and the UK government announced its long-awaited decision on FOBT maximum stakes.

The week therefore represented a new beginning for a large proportion of the constituents and it showed in their share prices, initially at least.

Before we examine what has moved and what has shaken in the listed world of igaming, we will first briefly explain our revised methodology. The index comprises 35 global gambling stocks with some exposure to the online sector (see Table at bottom of page).

We calculate the index by constituent market capitalisation weighted to revenue exposure to real money gambling (or a token 1% for new entrants such as Caesars).

We have chosen to denominate in dollars not only to capture the newfound fashion for US exposure, but also to swerve some of the more aggressive currency fluctuations likely in the coming months (involving sterling in particular).

Because of this currency decision, and to factor in the tech-media driven nature of the sector, we have benchmarked the index against the NASDAQ composite (see Chart 1 in dashboard below) This also has the benefit of looking at an index with very little online gambling exposure in its current makeup.

Some of the expected big beasts dominate the index: Stars Group represents 20%; Paddy Power Betfair 16% and GVC 11% (see Chart 2). Due to retail-led acquisitions and profit warnings, Playtech represents only 2% (similar to NetEnt), while the largest US constituent is Churchill Downs (4%, counting ADW horseracing).

Other material components include Evolution Gaming and Kindred (both 8%), William Hill, Betsson and 888 (both 3%).

Due to the very small levels of online revenue currently generated, US giants such as Scientific Games, IGT, Caesars, Boyd and Penn do not (yet?) feature significantly, but they are included as placeholders for a promised future.

It should also be noted that some of remote gambling’s biggest operators and suppliers are private and therefore do not feature in the index at all.

The opening shape of the RP iGaming 35 is exactly what everyone would have hoped in response to a momentous week for gambling: a 10% overall increase, powered in descending order of impact magnitude by PPB, Stars, GVC, Churchill Downs, William Hill and 888.

Perhaps tellingly, however, the big US stocks hardly moved, with only the highly leveraged Scientific Games clocking double-digit gains (the leverage being an important component of stock volatility   in both directions).

The index largely held onto these gains during the pre-Q2 reporting period, buoyed by US newsflow (with plenty of hyperbole), the hope of a strong World Cup performance for exposed stocks and relatively strong underlying market conditions.

Indeed, the index reached its peak for this period in the week of 20 July – just before the Q2 reporting season began (and several weeks after Playtech’s profit warning)…

Most companies reported broadly in-line Q3 results, but most were aggressively sold off regardless (see Chart 2). It should be noted that this was a largely gambling-specific phenomenon – our benchmark has continued to make steady gains while the RP iGaming index sank to ‘pre momentous’ levels and has yet to recover.

The index is currently trading 3% off its start and fully 13% off its July highs. We believe there are four reasons for this, though we caution that seeking reason in short-term price movements is often a fool’s errand.

First is a condition that has been present in gambling for as long as the sector has been popular with investors: reality is rarely as exciting as the promise. This is particularly an issue with a period driven initially by M&A, World Cup and US hopes.

While there has certainly been some of the former (PPB-FanDuel, for example), the big companies have not yet been the target. Equally, for all the hype around the World Cup, it is at best only about 5% of a typical European sportsbook’s revenue – material, and a big swing factor in the summer, but easily lost in the noise. Equally, while PASPA might be exciting in the long term, initial results inevitably reflect the costs long before the rewards.

Second, we are seeing a material shift in growth patterns which is not helpful for listed companies. Online growth is still strong in southern Europe, as demonstrated by official figures in Spain and Italy. Restricted markets are also seeing mass market boosts with catalysts – see France and Portugal.

It is also possible that Asia is growing strongly (except for Playtech), though this is opaque. The problem is that listed companies have very little, if any, exposure to these markets because they are small and/or their leading operators are private.

Instead, listed companies are heavily weighted to the UK and Nordics, where growth has become a lot more challenging since last year (not for all, but certainly a critical mass of exposed stocks). The problem with single-digit underlying growth is that even a high margin World Cup cannot make it exciting relative to the risks.

The third reason is regulation, of course. The FOBT issue in the UK might have been decided, but the regulatory heat has shifted online without cooling materially. Equally, Italy has pushed through an advertising ban, Spain is looking to tighten restrictions and licenses becoming available in Sweden and the Netherlands also come with tougher regulations and tax.

Playtech has also had a second profit warning, with the first (outside the period but inside investors’ consciousness) caused by regulatory crackdowns in Malaysia.

It is also notable that Q3 sees the lapping of withdrawals from Australia and the Czech Republic among other ‘grey’ markets – material inhibitors to growth that will require lots of ‘underlying’ reporting finesse to play down.

Finally, RP has developed a thesis that mature market growth is much more mass-market and content driven, which requires different approaches than the historical approach of ‘benchmark product and then turn on the marketing tap’.

Within our index, we see only six such companies: SBG within Stars, Evolution (B2B), LeoVegas, MRG, Gaming Realms and GiG. Each of these , however, has had its operational and (relative) growth issues recently, while at least two are not yet fully proven in terms of achieving consistently profitable growth.

In our view, the fact that only about 13% of the index is operationally growth positioned could prove a challenge to the strategic hopes of many constituents.

Stock in focus: William Hill
We focus on William Hill for this edition because it captures all of the key drivers discussed above. The relief of knowing government policy on gaming machines, however bad, combined with a John-the-Baptist-like position in the US drove 17% share gains in ‘momentous week’.

However, enthusiasm wore off as other companies busied themselves with deals (especially rivals PPB and GVC) while Hills looked relatively left behind.

Equally, while H1 results were solid enough there was nothing of the double-digit growth that gets investor’s pulses racing – and the US made no money at all due to the costs of PASPA positioning (possibly well spent, but we don’t know yet). All this has left William Hill lower than where it started (see Chart 3).

The knowns are negative and relatively current: swingeing £2 cash flow impact and a difficult UK growth environment across channels. The unknowns might be positive (US potential, operational turnaround beyond market share stability, M&A) but that is just it – they are unknown; and the market doesn’t like waiting….

Disclaimer
The narrative provided represents the opinions of the authors. Any assessment of trends or change is necessarily subjective. The information and opinions provided are not intended to provide legal, accounting, investment or policy advice, nor should they be used as a forecast. Regulus Partners may act, or has acted, for any of the companies and other stakeholders mentioned in this report.