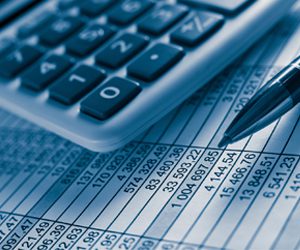 Overall revenue for the 12 months through to 31 December 2021 amounted to SEK46.9m, up from SEK25.7m in the previous financial year.

Scout did not publish a full breakdown of revenue, but it did note that this year-on-year growth came despite what it described as a “strong negative impact” from the novel coronavirus (Covid-19) pandemic, with many sports events having been postponed or cancelled in the second quarter.

However, Scout also said the pandemic resulted in a faster pace of digitalisation in general and for companies operating in the entertainment sector in particular, which in turn benefited the Scout business.

Earnings before interest, tax, depreciation and amortisation (EBITDA) came in at loss of SEK39.2m, compared to a SEK42.8m loss in the previous year.

After including depreciation and amortisation, this left Scout with an operating loss of SEK45.8m, which was an improvement on the SEK52.8m loss reported at the end of 2019.

However, after taking into account a negative effect of SEK8.8m from financial items, loss before tax was SEK54.6m, compared to SEK52.2m in the previous year.

The provider also published its fourth-quarter results, during which revenue climbed 69.0% year-on-year to SEK16.9m. Costs in Q4 were 16.8% higher at SEK16.8m, mainly due to higher marketing costs.

After receiving SEK16,000 in tax benefits, Scout ended the quarter with a loss of SEK13.9m, slightly higher than SEK13.3m in the previous year.

“Scout Gaming continues to meet strong demand at the same time as we have so far only touched the long-term potential,” Scout’s chief executive Andreas Ternstrom said.  “We continue to focus on long-term shareholder value, which is the prime goal.

“I look forward to 2021 with great confidence. The start of the year has been strong and we are expecting continuous heavy growth.”