With Lottoland now having increased its payout insurance to €120m, Joanne Christie looks at how secondary lottery providers are managing the increased risks that come with scale. 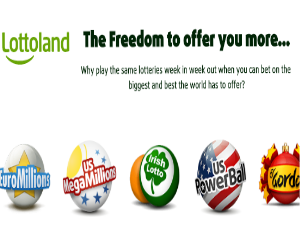 With Lottoland having today announced an increase of its insurance-linked security (ILS) against big wins to €120m, Joanne Christie looks at how secondary lottery providers are managing the rising risks that come with the rapid growth and scaling of the model.

While Lottoland was neither the first secondary lottery provider to hit the market or even the first to turn to the capital markets, it now seems to be firmly leading the way when it comes to risk management, with the announcement that the third incarnation of its Fortuna insurance-linked securities (ILS) has been bumped up to €120 million.

“At €120 million it is substantially bigger than our last ILS. It’s a big step for us to see that the current investors are not only staying on board and are renewing but also that we have some new investors joining our Fortuna 3 transaction,” says David von Rosen, Lottoland’s founder.

Insurance-linked securities are financial instruments that are sold to investors that pay out if an insured event takes place. Typically, these have been used to insure events such as earthquakes and hurricanes, but both Lottoland and Zeal Network (via MyLotto24) have also set up ILS structures to insure against the risk of a big lottery win.

Lottoland’s previous ILS was €100 million and interestingly, the fact that investors in the current structure were hit twice last year – paying out €14 million and €22 million in two separate jackpots – doesn’t seem to have deterred investors from taking part again.

In fact, von Rosen says the wins have increased trust in the brand. “We want to be very open and transparent when it comes to the insurance of our risks because there were people at the beginning that were saying it was impossible to insure it and now we have proven that not only can we do ILSs and take them to the next level but we’ve also proven that ILSs and our risk management pays out instantly in large sums.”

One of the reasons lottery ILS appeals to investors, which are typically institution-sized investors, is because the risks can be quite accurately calculated, in a way some other insured events cannot. “In traditional ILSs, which cover natural disasters, investors have to model the risk of a volcano eruption or flood and you never know exactly how you can calculate it.

“When it comes to insuring lottery risks you can calculate exactly how much it is going to cost you, down to the decimals. You don’t know when it is going to occur but you know exactly how likely that risk is and you can assign a specific cost to it.

“That is the beauty of it from an investor’s perspective. We have some of the largest names in the financial world in that ILS now,” says von Rosen.

Spotting a niche
Steve Evans, owner and editor of www.artemis.bm, a news website covering alternative risk transfer such as catastrophe bonds and insurance linked securities, says: “What Lottoland has been very clever in doing is seeing that there are people in the capital markets that are willing to take on what is essentially a contingent risk, so there is a defined payout trigger, which is something you can model based on numbers and you can assess the likelihood of default.”

But Evans says there’s another big attraction for investors. “The main thing that attracts investors is not just the level of return – it is also the fact that the return is largely uncorrelated with broader financial markets or economic factors.

“So, for example, a hurricane bond is not linked to the stock market and a lottery bond equally is not going to pay out because all of the rest of the things in your portfolio go down, or because the stock market has crashed.

“Some investment managers would actually upweight the value of an investment slightly because they see it as a diversifying asset within their portfolio.”

History of ILS and gambling
Although Lottoland now has the largest ILS of the secondary lottery providers, it was actually Zeal that first recognised the potential of the structure after initially setting up secondary lotteries using conventional prize insurance but then finding it wouldn’t pay out when it had their first winner.

“We had our first very large claim and the insurer disputed the payout. We were then in a really difficult position where we were arguing with the insurer over what was a legitimate claim and at the same time having to pay out to an end user.

“Fortunately at the time we had enough cash so we were able to pay out the end user but this led us to the realisation that we really needed to create something that had more security of payment and wasn’t at the whim of an underwriter,” says James Oakes, director at Zeal.

Zeal, however, takes a slightly different approach with its structure and essentially has a much higher excess than Lottoland.

“We typically have a much higher self retention than Lottoland which means we are willing to self insure to a higher level,” says Oakes. “At the end of the day we don’t want to buy insurance if we don’t have to because it costs us money.”

Zeal’s ILS has thus far not been hit, although the risk of a higher level of self-insurance was made clear earlier this year when it had to pay out a €15 million win from its own balance sheet, which led to a year-on-year drop in first quarter net profit from €8.7 million to €165,000.

Apart from excess levels, when asked what Lottoland has done differently to Zeal when it comes to ILS, Oakes says:

“The different thing they did was PR. We’ve been quietly doing it now for six years and successfully having completed two ILS three year structures, we are actually now putting together a new one for next year.

“We’ve been doing ILS structures for longer but we haven’t been shouting about it,” he says.

Risk management edge
But perhaps Zeal has missed a trick here — by constantly promoting its insurance arrangements in press releases and corporate documentation, Lottoland has cleverly positioned itself as a viable B2B partner thanks to its risk management.

Indeed since launching a B2B offering recently it has already signed up Kindred, William Hill Australia and Gaming Innovation Group.

Lottoland does, of course, offer its partners technological integration, but as we’ve seen so often in the igaming market, tech can quite easily be copied – whether or not its risk management could so easily be replicated is questionable.

A sports betting or casino site interested in adding lottery as a side game could probably design the technology itself, but is far less likely to be motivated to go directly to the capital markets to set up complicated insurance-backed arrangements to insure against a win.

“Lottoland has developed into something of an insurance company and risk management has become our core competency. It is our key differentiator because it is a disconnected to gambling,” says von Rosen.

“That is also the reason why many other operators say it is great to partner up with Lottoland rather than try to go to develop risk management expertise on their own, which is clearly outside the normal gambling operations of any big player.”

Its risk management isn’t only about the ILS – even at €120 million that doesn’t come close to covering some of the bigger jackpots offered in recent years on Lottoland – for example, the US$1.5 billion US Powerball earlier this year.

So how exactly does it hedge against the possibility of huge wins? Detractors of secondary lottery providers often claim they wouldn’t be able to pay out in the event of a huge claim, but von Rosen says for its part, Lottoland takes a multi-pronged approach.

“Imagine our risk management strategy as a tower. The first couple of floors is our own excess, then we have the possibility to decide whether to go to the ILS or to use insurance contracts, which, again we are also renewing with even more volumes and higher insurance limits than last time.

“It is a mix of four things: our own excess, ILS, insurance contracts and then when it gets really high above a certain threshold where all these three don’t add up anymore, which rarely happens, the fourth one comes into play, which we call physical hedging.

“This is where we can go and buy a physical lottery ticket and store that and, in the event of a win, cash the ticket, so for example, when jackpots come in the region of 500, 600 or 700 million.”

Oakes says Zeal adopts a similar approach, blending ILS with traditional insurance and physical hedging in the case of big jackpots, but Eran Price, CEO of lottery messenger service theLotter, questions whether switching to physical hedging on an ‘as and when’ basis is a viable strategy.

“I can tell you that in order to support the amount of tickets purchased in a very high jackpot case you must have established operation that is capable of doing that. You cannot do it without constantly operating it,” says Price.

“So it cannot be dormant for half a year and then suddenly you will buy one million tickets. We are operating for example in the US in over 25 locations on a regular basis.

“I’m not sure they have the capability of buying tickets. Most of the companies that do buy the tickets do it through us today. They don’t have their own operations.”

Price, who says his firm is constantly assessing the idea of offering an insurance-backed model itself, says thus far it hasn’t made the move due to concerns over the insurance policies available.

“Even if you are covered then you need to be very careful with which customers you can accept because the insurance policies are very strict and the most normal requirement is that the service you are offering is legal in the jurisdiction of the customer.

“Alternative lottery in general right now is mostly a grey area and we have concerns that the insurance policy at the end of the day will not pay.”

Future-proof?
Both Lottoland and Zeal, however, had made successful insurance claims — not only on ILS but traditional insurance — in the past so there clearly is appetite in the insurance market for such risk.

And, as the secondary lotteries grow in size – Lottoland announced earlier this year it now has six million customers – their ability to pay winnings from their own bet sales is going to come further into play.

“The more volume you have the more likely you are to hit the statistic mean of the risk you are carrying. That pleases the investors, the bigger Lottoland becomes the less volatile the risk is, and that is good for all parties involved.”

Evans adds. “I think a big win could even increase the appetite of investors because they would see that there is a real need for risk transfer here and therefore as long as they are comfortable with the risk metrics they are given, a big loss happening could actually increase appetite rather than see it disappear.”

Although traditional lottery operators have repeatedly called into question both the legality and viability of secondary lottery providers, when it comes to the latter it would seem that today’s announcement offers proof, at least where Lottoland is concerned, that the business model is one that is both scalable and has long-term potential.