The Slovak National Council has voted to overrule President Andreja Kiska's veto to introduce a new regulatory framework for gambling in the country. 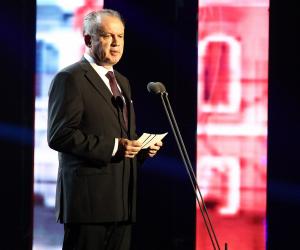 The Slovak National Council has voted to overrule President Andreja Kiska's veto to introduce a new regulatory framework for gambling in the country.

The Gambling Act, which sets out various new rules and regulations for online and land-based gambling in Slovakia, was approved by the country’s parliament on December 4 and sent to Kiska (pictured) for ratification.

However, Kiska opted to veto the leglslation two weeks later, citing concerns about measures such as the self-exclusion register and a lack of clarity as to how tax funds collected from gambling will be used.

The National Council has now intervened to overrule Kiska's veto, clearing the way for the Gambling Act, composed by the Slovak Ministry of Finance, to come into law.

The amended Gambling Act has been designed to reflect regulation in other European Union markets such as Denmark, Sweden, Romania and the Czech Republic, with an emphasis of ramping up consumer protection measures.

The main focus of the act is to open up the Slovakian online gambling market to private operators, with plans in place to begin the application process for licences on March 1, then open the re-regulated market on July 1.

Other key measures set out in the new act include limiting the number of gaming machines to 15 per gambling establishment. The act would also only permit machines from one gambling supplier in each gaming hall.

Gambling facilities would not be permitted to open within 200m of schools or medical facilities. Bars and restaurants would be banned from operating gaming machine on their premises, with those that do not comply liable to be shut down.

The act also sets out plans to establish a new gambling office within the Ministry of Finance, which would be responsible for regulating the gambling sector. This would be funded by taxes collected from gambling activities, rather than standard taxpayer funds.

Slovakia has been under pressure to ramp up consumer protection efforts for some time now. Last month, the country was named among a host of EU nations that do not have adequate measures in place, with the European Gaming and Betting Association urging countries to change current regulations.