7 minutes read
The market grew 15.8% year-on-year in the second quarter of 2017, with DoubleU Games becoming the No 2 publisher following buy of DoubleDown, writes Adam Krejcik of Eilers & Krejcik Gaming. 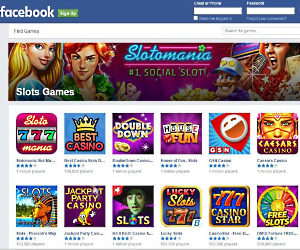 The social casino market grew 15.8% year-on-year in the second quarter of 2017, with DoubleU Games becoming the No 2 publisher following its acquisition of DoubleDown, writes Adam Krejcik of Eilers & Krejcik Gaming. Other key movers again included Murka and Huuuge Games, with High 5 Games and Novomatic both re-entering the top-15 rankings.

Key movement in the ranking charts from last quarter include DoubleU Games, which is now the #2 publisher (following its acquisition of Double Down Interactive).

Churchill Downs moved ahead of Sony/GSN to take #6 position. Murka and Huuuge Games continued to move up, High 5 Games and Novomatic both re-entered the top-15 rankings, while Penn Interactive fell out.

Company highlights
Playtika, now owned by Shanghai Giant Technologies, saw revenues increase +1.9% q/q and +20.6% y/y. The sequential slowdown is not surprising given the tough comp (e.g. +13% q/q growth in Q1) and fact that Q2 is typically a much slower period.

In terms of individual game performance, we believe Slotomania posted low single-digit growth while House of Fun and WSOP were flat-to-down.

DoubleU Games, which acquired Double Down Interactive (deal closed on June 1, 2017), is now the second largest social casino publisher worldwide. Overall neither Double Down nor DoubleU Games had impressive results on a standalone basis in Q2.

Specifically, we estimate DDI revenues declined -3.1% q/q, while DoubleU declined -2% q/q. That said, we believe a few early hiccups are to be expected with a deal of this magnitude and believe it’s prudent to withhold further judgment until 2H17 as synergies and new content begins to launch.

SciGames Interactive was a key standout performer with social gaming revenues (including B2B/SG Interactive) up +13% q/q and reaching the $100m mark for the first time.

Our Q2 estimate includes the acquisition of Spicerack Media (Bingo Showdown), which we believe added an incremental $3.8m in gross revenues. In terms of individual game performance, it was a very strong period for Jackpot Party Casino, Quick Hits, and newly launched 88 Fortunes.

Overall, SciGames appears poised to gain market share (and likely return to the #2 position, barring a major uptick from DoubleU/DDI) driven by a continued focus on monetization, new titles (88Fortunes, Blazing 7s), and getting Spicerack Media to scale.

Zynga had a mixed quarter, with revenues up an estimated +2.4% q/q. On the positive side, its two biggest slot titles, Wizard of Oz and Hit it Rich, posted double-digit sequential growth, while Wonka appears to have stabilized and was essentially flat in Q2.

Following a number of quarters of very strong growth, we believe Zynga Poker had a bit of a pause in Q2 with revenues down slightly on a sequential  basis, but still up a healthy +30% on a y/y basis.

Product Madness (owned by Aristocrat) had a bit of a slowdown in Q2, which is a first for the company as it’s been on a staggering growth run since early 2014.

Specifically, we believe Heart of Vegas, its franchise game, was negatively impacted in the quarter by the recent launch of Cashman Casino, which is off to a very strong start on Android (and just launched on iOS a few days ago).

We believe the recent strategic shift at Big Fish Games to focus and invest more in its social casino business is starting to pay dividends.

GSN/Bash Gaming (majority owned by Sony) had a challenging quarter, with revenues down an estimated -5% q/q. The decline was largely due to weakness from GSN Casino, which we believe declined double-digits on a sequential basis.

On the positive side, it appears Bingo Bash has turned the corner as we estimate it grew revenues on a sequential basis for the third consecutive quarter.

PlayStudios had a very strong quarter with revenues up +15% q/q and an impressive +43% on a y/y basis. Growth in Q2 was largely driven by myVegas (2.0), the company did a major overhaul to the game, which helped drive its revenues up over +30% sequentially.

Additionally, POP Slots continues to perform very well and has been a key incremental growth driver for PlayStudios since it launched.

Huuuge Games continued its strong momentum, with revenues increasing +19% q/q, making it once again the fastest growing social casino publisher. Growth in Q2 was largely driven by its marquee title, Huuuge Casino, as well as incremental contribution from its newest title, Billionaire Casino.

In our opinion, Huuuge Casino’s success is due to its unique and strongly intertwined social elements, combined with a very aggressive marketing campaign, and solid execution. Huuuge is also one of the few social casino companies that generates more revenue from Google Play versus iOS.

Looking ahead Murka appears to be well positioned for growth and market share gains with a portfolio of new games including recently launched Scatter Poker, which continues to climb the top-grossing charts and incorporates many of the same themes and graphics found in Scatter Slots and Slots Era.

Other: it was a relatively challenging quarter for Super Lucky (-11% q/q) and Penn Interactive (-10% q/q), with the latter falling outside of the top-15 rankings due to weakness at Rocket Speed.

We believe both companies are making a strategic shift to focus more on profitability and therefore have pulled back significantly on UA, which has negatively impacted revenue growth.

High 5 Games and Novomatic both moved back into the top-15 as revenues for both of these companies have stabilized in the $12-$13m range over past few quarters.

Finally, Virtual Gaming Worlds, which publishes Chumba Casino and Global Poker (and pushes the legal limits/grey area with its cash-based reward/sweepstakes program) is likely a top-15 company based on our checks. It reported revenues of US$30m for the 2H16 period and we believe it is now generating significantly more.

We have not included it in our official table given the unique nature of the product and difficulty in verifying current results as the majority of its business is generated through its own .com platform.

Disclaimer: Eilers & Krejcik Gaming, LLC is an independent research firm and is neither a registered broker dealer nor a registered investment advisor.  No information contained in this article shall constitute as a recommendation or solicitation to buy or sell a security.  Individuals receiving this report should consult with an investment advisor or registered representative before making an investment decision related to any information contained in this article. In addition, Eilers & Krejcik Gaming, LLC either does, or may seek to do business with any company mentioned.