The International Tennis Integrity Agency (ITIA) has banned Chilean tennis player Michel Vernier Quinteros from the sport for seven years and five months, after he admitted to match-fixing. 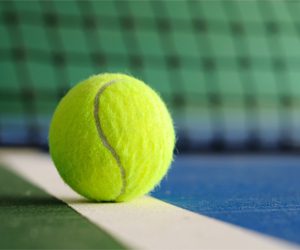 The ban was backdated to the start of a provisional suspension, which began on 31 March 2022, and will run until 30 August 2029.

The 29-year-old, who had a highest ATP ranking of 664, and admitted receiving money for fixing scores in matches in 2018, while he also failed to report corrupt approaches to the ITIA.

Specific breaches of the 2018 edition of the Tennis Anti-Corruption Program (TACP) included Section D.1.b, which says players must not solicit or facilitate any other person to wager on the outcome or any other aspect of any event or any other tennis competition.

Vernier Quinteros was also found in breach of Section D.1.d, covering soliciting or facilitating any player not to use his or her best efforts in any event. The ITIA also cited Section D.1.f, which states individuals must not solicit or accept money, benefit or consideration with the intention of negatively influencing a player’s best efforts.

In addition, the ITIA highlighted Section D.2.b.i, which relates to a requirement for covered individuals to report any approaches related to match-fixing, including requests for inside information, to the ITIA as soon as possible.

The ban comes after the ITIA last week issued a provisional suspension to Italian chair umpire Francesco Totaro over allegations of match-fixing.

Also this month, lengthy bans were handed to three Tunisian chair umpires after they were found guilty of match-fixing charges.

Majd Affi, a green badge chair umpire, was banned for 20 years after being found guilty of 12 charges relating to events between 2017 and 2020.