A survey has found that 18% of UK gamblers have said they will stop gambling entirely in the coming months, and a further 32% will reduce their spend, with the majority of this group putting the change down to inflation. 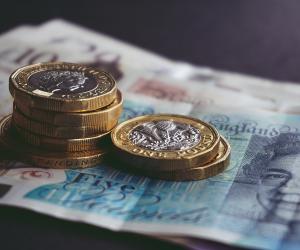 The survey asked 700 gamblers about the impact of rising costs on their own gambling activity, after the UK’s consumer price index inflation rate rose to 6.2% last week.

It was conducted by YouGov on behalf of the Department of Trust (DoTrust), an open banking solutions provider that owns the BetBudget app.

Of the 351 respondents who reported a decrease, the majority – 211 people – cited “pressure on my finances from the cost of living”. In addition, 34 said it was due to a change in personal circumstances, while 80 people said it was due to “different priorities”.

A further 34 people said that they were not sure or that they had decreased their gambling for other reasons.

The 700 gamblers were also asked how the rising cost of living had affected the way they spend money. Of the group, 11% said it had “badly” affected their habits, and they were “struggling” to pay their bills and expenses.

Only 7% of gamblers said it hadn’t affected them at all.

Out of all gamblers, 35% said they set a budget for gambling, while 65% said they did not.

DoTrust chief executive and founder Charles Cohen said the industry must take heed of the findings and be aware that players may now have more difficulty affording their gambling.

“Inflation is at levels not seen for decades and this is translating into a fast moving affordability crisis for the gambling industry,” he said.

Cohen added that in order to deal with this issue, operators need access to greater financial data on their players.

“Wait-and-see is not an option: operators need real-time financial data more than ever,” Cohen said.