Free-to-play sports games developer SportCaller has joined forces with fantasy sports giant FanDuel to support its expansion plans in the US. 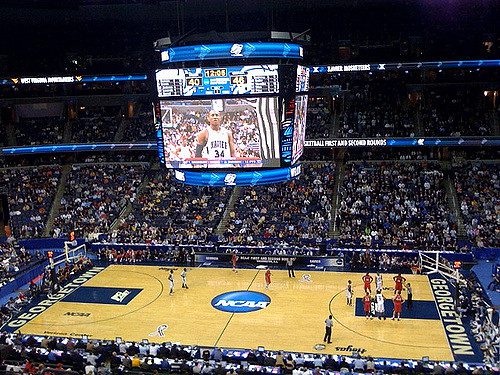 Free-to-play sports games developer SportCaller has joined forces with fantasy sports giant FanDuel to support its expansion plans in the US.

SportCaller will now work with FanDuel to launch a series of “marquee games” – based around the major US sports – on its platform.

The first of these free-to-play (FTP) games focuses on the National Collegiate Athletic Association’s March Madness basketball event, which this year takes place from March 19 to April 8.

SportCaller has been working with Paddy Power Betfair, the parent company of FanDuel, for a number of years, and the new deal will serve as an extension of this relationship – although the length of the arrangement was not immediately disclosed.

“Having collaborated so successfully Paddy Power Betfair over the past few years, it’s a real fillip for FanDuel to have chosen SportCaller as their partner in unlocking perhaps the most significant market of all,” SportCaller managing director Cillian Barry said.

“Their underlying expertise and consumer base are vast, so it’s going to be exciting to watch our games’ signature values of outstanding gameplay and bet-conversion map on to a wider range of US sports and events, driving player activity at every step.”

Lorcan Kelly, vice-president of sportsbook product at FanDuel, said that the link-up with SportCaller will support the operator’s pledge to deliver fresh games and jackpot formats to its users across all platforms and devices.

Kelly said: “SportCaller has been a good partner for the Paddy Power Betfair Group, and we’ve enjoyed teaming up with them on March Madness – an event whose huge popularity will naturally prove a solid acquisitions driver.

“The relationship has already elevated our expansive set of FTP games, and FanDuel looks forward to adding more over the sporting calendar to come.”

Last September, SportCaller appointed industry veteran Andy Clerkson as its new chairman, as part of its plans to pursue growth opportunities in both the US and other markets around the world.

Clerkson founded leading content, design and technology agency Grand Parade in 2007 before selling the company to William Hill in 2016. Throughout 2018, he was based in New Jersey, helping William Hill expand into newly-regulated states in the US.