Betting on the Melbourne Cup was subdued this year, with taxes and animal cruelty concerns affecting enthusiasm for the big race, reports Joanne Christie. 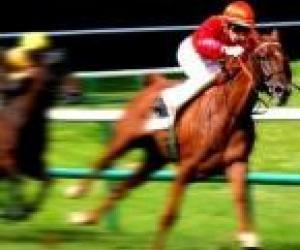 Betting on the Melbourne Cup was subdued this year, with taxes and animal cruelty concerns affecting enthusiasm for the big race, reports Joanne Christie.

Over the past couple of years, Australia’s biggest bookies have come under fire for failing to keep up with demand for bets for the country’s famous Melbourne Cup day.

Last year, the ‘race that stops the nation’ also stopped the biggest operators, at least temporarily, with the websites of Sportsbet, Ladbrokes and Betfair all crashing shortly before the event.

This year, however, there was an absence of headlines criticising the technology of bookmakers Down Under after last week’s event.

One reason for this is likely to be that the bookies improved their systems to avoid further embarrassment. Scientific Games announced a record performance on its OpenBet platform for the event, with 35,000 bets per minute processed for one operator.

Another reason, however, is potentially that less bets were being placed. Indeed, the news flow leading up to the event focused on bookies’ despair at being unable to make any money from what was once one of their most profitable events.

Tabcorp, which has an exclusive licence to offer pari-mutuel betting in all of Australia’s main states and territories apart from Western Australia, reported a 7.8% fall in turnover on the race, with this year’s take of AU$106m (£56.3m) down from $115m last year.

In a statement announcing the figure, the company said: “It should be noted that many factors influence racing turnover and turnover figures from a single race or meeting are not necessarily indicative of the broader wagering market.”

However, the slump in Melbourne Cup betting followed a 24% drop in turnover at the Caulfield Cup, one of the other main events in the Spring Racing Carnival, according to the Melbourne Racing Club.

“The timing of the recent ABC report on animal welfare issues may have had some impact on the spring carnival,” says Dean Shannon, CEO at Ladbrokes Australia. “I do think the racing industry in general has come a long way in terms of rehoming horses and animal welfare over the last few years [but] I think the racing industry needs to communicate this better to the general public.”

Even before the programme, a debate was raging over the treatment of racehorses – animal rights campaigners claimed to have been behind Taylor Swift’s decision to pull out of performing at the Melbourne Cup, although the official reason given was a scheduling conflict.

For more serious punters, however, it’s the odds on offer that are turning them off. Bookmakers in Australia have been hit with a wave of new point of consumption (PoC) taxes, which have now been rolled out across most of the nation’s states after first being introduced by South Australia in 2017.

In January of this year, the country’s two most important racing states, Victoria and NSW, both introduced PoC taxes, of 8% and 10%, respectively.

“The PoC is unnecessary and it’s breaking a model that was working just fine. The corporate bookmakers were already paying significant product fees, GST and company tax, it doesn’t make economic sense to introduce a new tax that then affects the other taxes/fees,” says Shannon.

“The PoC tax is having a negative effect on turnover and the bookmakers here in Australia have had to lift our margins to try and compensate for the increase in tax. Higher margins mean less turnover.”

Such has been the impact of the additional tax burden that earlier this year, TopSport, a low-margin bookie serving the big punters that many other bookies won’t, pulled a number of its products in Victoria, citing an inability to break even, let alone turn a profit, on some events.

“In recent years, the wagering industry has borne witness to a rapid and rampant escalation in the fees and taxes payable by wagering operators to racing and licensing authorities. To compound the burden, the governments of each state and territory have now also chimed in with their quite heavy-handed point of consumption taxes.

“The result is a taxation burden that can no longer be viably absorbed within our retained earnings under our current business model,” it said in an open letter.

Switch in strategy
Though PoC taxes are of course impacting all betting products and not just racing, when combined with the product fees applied to racing, which in some states are higher for the biggest events, it’s making some bookies rethink their strategy with regard to racing.

“Another flow-on effect from this new PoC is that one of the main levers we have to pull to mitigate against the cost is to reduce advertising. This in turn will lead to less turnover,” says Shannon.

“We are certainly looking at enhancing products and features around sports such as basketball , American football and AFL, and potentially channelling more marketing spend to support these sports.”

This seems an entirely sensible approach and is one other operators appear to be following if their recent advertising campaigns are anything to go by.

Even Tabcorp seems to be taking clear steps to expand its presence in other markets. This year it signed official partnership deals with America’s National Football League and National Basketball Association.

The bookies may be refocusing to shore up their bottom lines, but the question then becomes what happens to the racing industry?

Australia’s racing industry is almost entirely reliant on wagering – Tabcorp alone provides more than $1bn in annual funding to racing. If both bookies and punters are losing interest, the ramifications for horse racing Down Under could be dramatic.