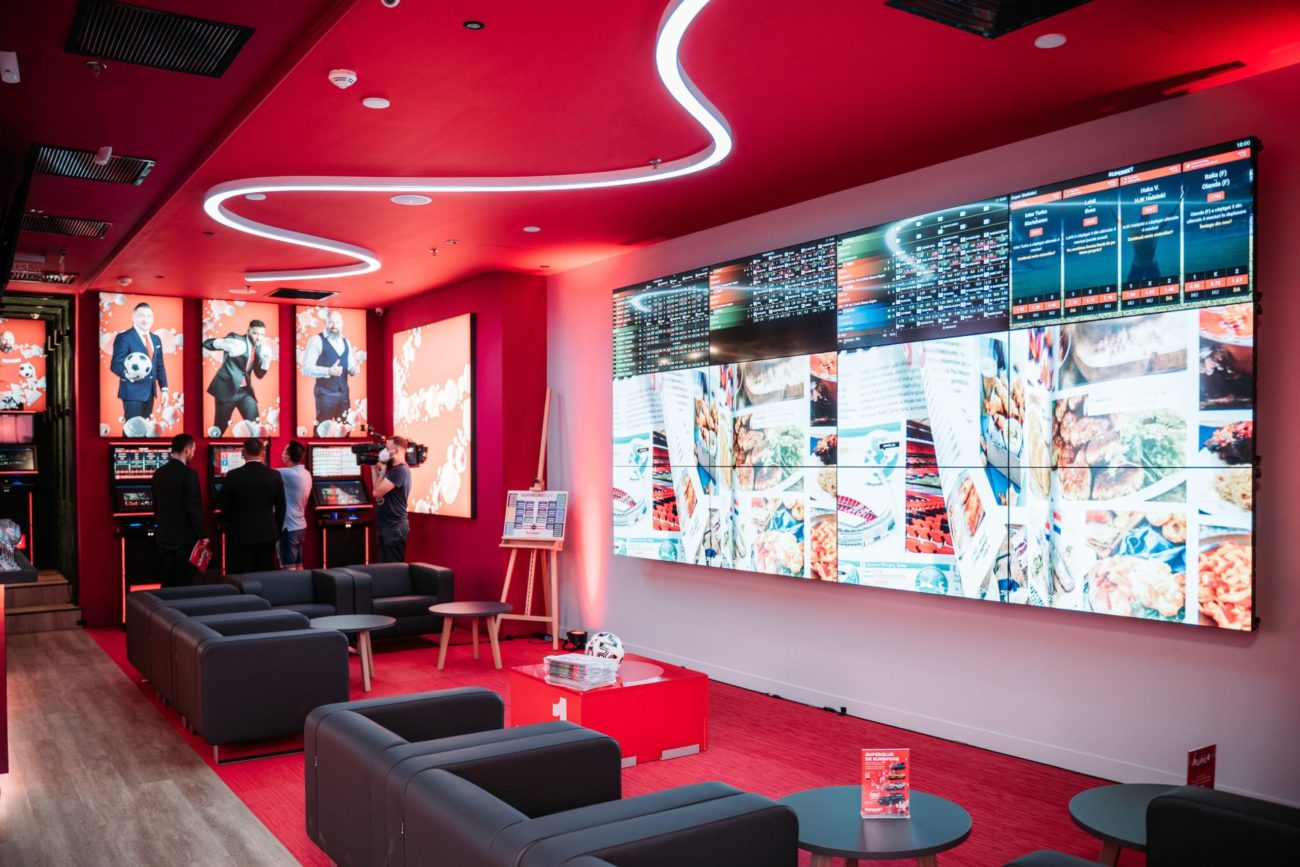 Speaking about Superbet’s recent acquisitions and expansions into new markets, chief operating officer Marcello Magaletti alludes to the business’ ambitions to “take over the world”.

So with a goal like that, the operator’s most recent acquisition – the Belgium-based Napoleon Sport and Casino – would appear to be a perfect fit.

As Magaletti (pictured) explains, though, Superbet had been eyeing a large number of deals across Europe before determining that Napoleon made the most sense.

“I think, for the past three or four years, it’s been no secret that it’s been our mission to expand well beyond our stronghold of Romania,” he says. “We did of course already make some other moves, we expanded into Poland, and we feel that our home market is quite central in Eastern Europe so we had been looking at several deals in that region, but we were also keeping an eye on several other deals in Western Europe as well.

“I’d say that we looked at tens of deals over the past two or three years. When our advisor first presented to us the Napoleon opportunity we started digging further into it and it kind of snowballed into us making that deal.”

“So we didn’t target Belgium from day one and then went after Napoleon, but rather it was an opportunity that was presented to us in a market that is very interesting: Western Europe.”

It’s a good-sized market with a good, solid regulatory environment, which made it very attractive. Then after learning more about the business and meeting the management team there, we learned that it was a very good deal for us.”

But when Superbet decided it would acquire Napoleon, it started a process that moved exceptionally quickly. According to Magaletti, the timeline of the deal was just “a matter of weeks”, which meant everyone involved had to make sure admin and paperwork were completed correctly to get the deal over the line as soon as possible.

“Of course that meant there had to be a lot of focus from all parties involved in the deal: the selling side, the buying side, the advisory side, the banking side, we all had to make sure we got everything right,” Magaletti says. “So in the end, making the deal happen with all of the admin and bureaucracy in a very, very short space of time was the only real challenge involved.”

Now that Napoleon is under the Superbet umbrella, Magaletti says he doesn’t expect a massive overhaul of its operations. However, with Superbet having more experience in areas such as sportsbook, to complement Napoleon’s casino experience, he says he believes there is plenty of room to share knowledge and improve the brand.

“Napoleon has always been mostly focused on gaming,” he says. “And Superbet being Superbet, we have sports in our DNA. So we felt, not that we would drastically change Napoleon, but that we might be able to bring some expertise to the table having run sports for 12 years on our fully proprietary platform.

“Similarly, on the omnichannel opportunity, where Napoleon is almost two entirely distinct units – retail and online – we have a lot of experience in Eastern Europe as a multi-channel operator that we can put to use,” he continues.

“So over the short term, don’t expect a big revolution, but I believe that the local team we’ll have out there will be able to take this team to the next stage.”

Changes on the way

Soon after the deal was completed, though, Belgium’s Council of Ministers announced a major change that would affect any operators in the market.

The country’s weekly deposit cap now looks set to be cut from €500 to €200, if a draft law proposed by Minister of Justice Vincent Van Quickenborne comes into effect.

The announcement, however, was not out of nowhere. The country’s Gaming Commission had proposed a lowering of the limits in April, while the Council had also considered keeping the limit at €500 but making it apply across all operators, similar to Germany’s “global” spending cap.

Though Magaletti spoke before the new draft law was introduced, he said he had little concern that the cap would be a major problem. Instead, he said he believed a strong responsible gambling framework could prove to be good for business.

“From a business perspective, I believe that a solid responsible gambling platform is actually beneficial over the long term,” he said. “I see – in the short term – some effects that might be more negative, but over the long term it just makes the whole industry much more sustainable. “So from the side of Napoleon and in general from Superbet, we embrace any sort of regulation that can protect customers over the long term while allowing customers the freedom to do what they like to do. If you’re wondering whether we see the limits as a major risk, nothing at the moment points in that direction. We just need to continue to adjust and continue to collaborate with the regulator to help to build what’s already a strong platform of responsible gambling in the country.”

There’s more to Belgium’s online gambling market than the limits that grab attention, however. Magaletti says that while customers in Belgium tend to be similar to those in other Western European nations, one key difference is the popularity of dice-based games in Belgium, which take on a role similar to slots in most other countries.

“I cannot profess myself as an expert on Belgian customers, but obviously we have done a lot of research and I would say that there’s a lot of similarities with nearby markets such as the Netherlands or even the Scandanavian countries,” Magaletti says. “One thing I did pick up on though is their affection for dice games.

“Effectively the Belgian market, the gaming market in Belgium, is dominated by dice games, which is kind of a spin on slot games, except that they’re based on dice of course, and they’re a little bit more interactive because you have to make some micro-decisions. I think you really have to play these games to understand it.”

Superbet’s expansion – not only acquiring Napoleon but also its 2020 deal to acquire a 60% stake in online casino operator Lucky 7 – has been aided by a strategic investment of €175m from private equity giant the Blackstone Group.

While that investment helped secure the funding for both of those acquisitions, Magaletti says the value provided by Blackstone went beyond money.

“This investment, I never saw it as just a cash injection,” he says. “What having Blackstone as a partner gives us is, of course, the working capital that helps us accelerate our growth, but also the ability to sort of consult with very smart people who understand some of the intricacies of the industry and help us make sound strategic decisions.

“Then there’s the ability to tap into the network that a company like Blackstone has. We’ve been able to interact with companies like Amazon, working with the innovation team at [Amazon Web Services] AWS because of the Blackstone investment.

“They’ve helped us to think about innovation in the Amazon way and to leverage some of their resources. That helped us launch the Superclub, which is sort of an enhanced loyalty programme.”

But Magaletti notes that the investment hasn’t stopped Superbet from being guided by the vision of founder Sacha Dragic.

“The ownership of Superbet is still in the hands of the original shareholder and founder Sacha Dragic, though,” he says. “Having a founder that thinks long term like that really allows you to not just look at the day to day P&L but instead think of long-term deals.

“This Napoleon deal is a great example because once Sacha determined that this was a good deal we were able to move very quickly in the way a big enterprise couldn’t. And his infectious enthusiasm for growth is one of the main things underpinning our mission to take over the world.”