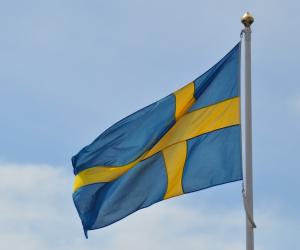 Gustaf Hoffstedt, secretary general of the Branscheforenigen for Onlinespel (BOS), said that Spelinspektionen must set out guidance for licensees, as they implement the SEK5,000 (£401/€459/$495) mandatory weekly deposit limit introduced by the Government from 2 July.

Hoffstedt said gaming companies have interpreted the new regulations in very different ways, with many feeling obliged to include sports betting despite that vertical not being included in the revised directive from Ardalan Shekarabi, Minister for Social Security.

“We are not envious of Spelinspektionen, which did not itself support the changes, but unfortunately it is now their task to clarify very quickly with regard to the deposit restrictions,” said Hoffstedt.

“We are now in a situation where neither the private nor the state-controlled companies know how to act and it is obvious that different actors interpret the new regulation in different ways. The question is who really wins this besides the companies that are outside the licensing system?

“In light of the above, the gaming industry is looking forward to Spelinspektionen's clarification regarding the interpretation of the new deposit limit.”

On 2 July, the SEK5,000 mandatory weekly deposit limit and a SEK100 cap on bonus offers came into effect, in order to limit player spending during the novel coronavirus (Covid-19) crisis. The restrictions will be in place until the end of 2020.

The cap was initially announced in April and meant to apply to all forms of gambling from 1 June, but Minister Shekarabi later decided the limit would only apply to online casino and be implemented in July.

The directive was opposed by Spelinspektionen and much of the industry, which claimed the cap would merely push players towards the unlicensed market. The cap has, however, been backed by the former horse racing monopoly Aktiebolaget Trav och Galopp (ATG).

Hoffstedt said: “Most of the gaming companies’ lawyers with whom I spoke are of the opinion that the regulation is unworked and poorly written, which has led operators to interpret the regulation differently.

“We were many who warned that measures, which were not based on facts and thorough impact assessments, could lead to an aggravated situation for both the licensed companies and their customers. More millions in fines may be handed out and more customers will certainly turn to the unlicensed market.”