Following SG Digital’s recent presentation at iGaming Next, we review the challenges and opportunities when it comes to innovation in igaming 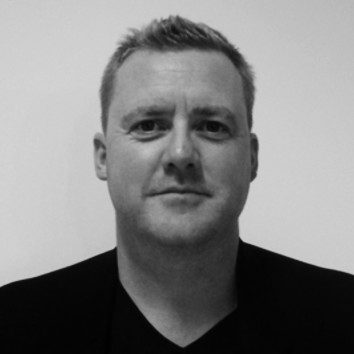 Along with the rapid growth of the igaming industry has come a wide variety of platforms, service providers and fierce competition. However, as focus tightens on regulation and responsibility, and with operators facing challenges such as retention and bonusing, app store restrictions and increasing game decay, driving innovation must remain a top priority. In their recent presentation at iGaming Next, Dylan Slaney, SVP casino, platform and ilottery at Scientific Games discussed how innovation will shape the next phase of the igaming industry, and how the company is positioning itself toto win.

Slaney discussed the challenge of navigating networks at scale while attempting to innovate: “We’re doing something like 2 billion transactions a month – data points on what players are doing, how they’re playing games. We’ve seen a huge amount of mobile growth after the last 18-24 months, as well as seeing our partners and transactions increase. We’re managing a technical infrastructure that’s handling 100,000 peak bets per minutes.” Bringing up share prices from the past year, Slaney says: “We can see from data points within the industry that there are some challenges that we as suppliers and operators, our partners, are facing. “It’s challenging times out there, and if there’s a call to action from this presentation – now’s the time for innovation. Now is definitely the time to look at everything we’ve done in the past that’s built this brilliant industry, and how we ultimately go on potentially a different journey.”

Slaney then moved to discuss SG Digital’s partnership with Game Tech, explaining that initially Scientific Games’ own development and product teams had been working on a back-end engine of their own. “We were so close to pressing the button to go it alone – to get in a darkened room for 18 months and spin up millions of dollars in investment to try and essentially copy what was already there.” However, what the company’s true aim was, Slaney says, was to spend time on the creation of services that sit on top of the platform. After exploring various options, SG Digital found GameSparks, which later was acquired by Amazon to become Game Tech. With a background in social games and video gaming, Slaney says their horizontal and vertical scalability was a key selling point.

The partnership, in turn, had three key results – missions, tournaments and jackpot wars – all of which can be integrated into all content distributed via the platform. Slaney says the value of this is in the player experience it creates: “I’m not in the business of just building these missions and tournaments just for my proprietary content. I’m a content aggregator who just so happens to build content as well. “Your players don’t care what platform it comes from, they care about the experience they get. If I out of the box can give you hundreds of games that we can treat in the exact same way, that’s infinitely better than what exists in the industry today.” Using the example of tournaments, Slaney says: “Who today has 200-300 games as an operator where they can run tournaments? Where all the badges that are needed are pre-canned, all the metadata is flowing through secure, Kafka driven service into a backend that I don’t see, but you see as an operator.” While missions and tournaments in themselves are nothing new to the industry, Slaney says jackpot wars, the peer-to-peer, avatar-based slot game could stand to shake up the industry. “Even if this concept doesn’t work, the fact is this industry now has the ability to run a curated jackpot where you can play against your friends and set up a peer-to-peer tournament where you can share that liquidity and create your own avatar to fight in a jackpot. The technology is there because of the partnership with Game Tech.” Speaking to iGaming Business after the event, Slaney expanded on his view that jackpot wars has widespread appeal: “Players will enjoy the customisation and personalisation options, giving them a real sense of ownership over the experience. To me, that custom and inherently personal connection to a game is something players hope for and studios strive for globally.” He also adds that improved collaboration can give players an experience that earns their attention over other options: “We’re competing with streaming services, traditional console games, and various other forms of entertainment. “Suppliers and operators can look at data from these platforms together and collaborate on solutions that create an entertainment ecosystem rather than a collection of disparate experiences.”