The percentage of income affiliates can expect to receive for sending traffic to operators has become increasingly obfuscated by a wide range of deductions. Joanne Christie reports on affiliates’ calls for greater transparency. 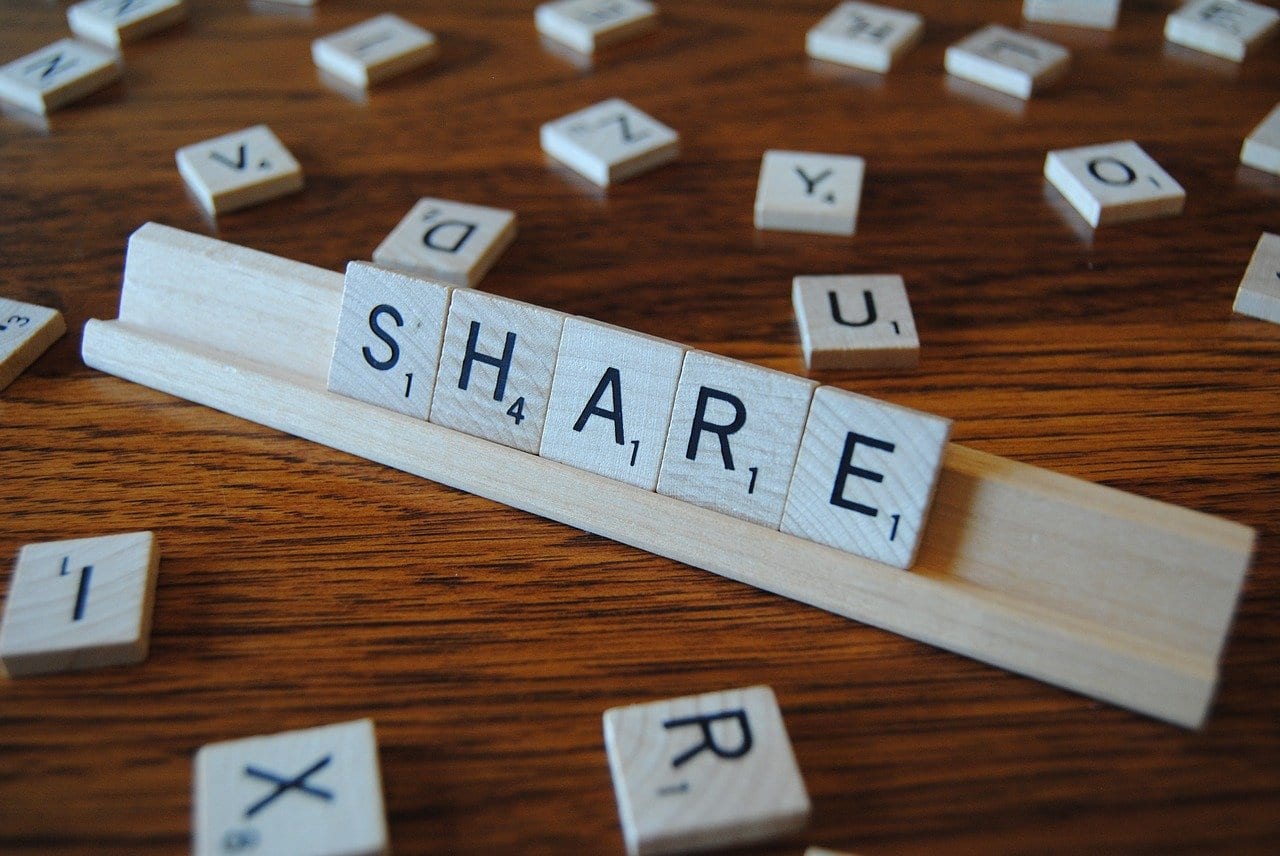 Given the number of times gambling companies have had their knuckles rapped for misleading advertising, it seems reasonable to assume most operators are now trying to make sure their marketing is as transparent as possible.

The debate about the fact that operators advertise seemingly generous revenue share deals but affiliates end up with nothing like the percentages advertised after the deduction of various fees and costs has, of course, been rumbling on for some years.

But as a report published by Bojoko laid bare last week, the level of deductions has escalated to the point where affiliates are at times working for almost nothing.

The affiliate audited all of the online casinos it has 45% revenue share deals with and came up with some alarming findings.

“The worst case is 8% and there were other ones close to that, so they are basically taking everything with made up costs from the revenue,” says Joonas Karhu, chief business officer at Bojoko.

“In the worst case your traffic is actually valuable but you are not making any money. You can’t hire more talent, you can’t build your company.”

Karhu is not alone in being annoyed by the fact many revenue share deals deliver much less than what is advertised.

“The fat truth of this is that if these companies tried marketing to consumers rather than business partners in this way it would be ripped apart by the various advertising standards agencies,” says Duncan Garvie, manager at affiliate and alternative dispute resolution website ThePOGG.

“They would never be allowed this sort of ambiguous structure when marketing to consumers but because it is small businesses they get away with it.”

However, it’s less the fees themselves that affiliates are angry about, but rather the lack of transparency regarding them.

Most in the industry accept that as markets have regulated and taxes have risen these fees have increased – in many markets there’s now less profit to go around and most affiliates realise this will affect them as well as operators.

“Ultimately these fees are part of the business – they are understandable, regulations change,” says Garvie. “Even setting aside tax and licence fees, it is understandable that if a software provider increases the amount they are charging the operator then that operator is going to have to pass on some of those costs to an affiliate and that is fair enough.

“The problem occurs in the lack of transparency in that there is never any clear definition of what these fees encapsulate, there is no definition of how much the affiliate is being charged in fees and this effectively means that the advertised revenue share that any affiliate sees when they look at an affiliate programme is entirely inaccurate.”

Bojoko takes a similar view. “While these fees are inevitable and mostly acceptable, transparency around what fees are applied, what revenue they are deducted from and when remains a concern.

“In most cases, operators do not break out the fees they impose and even when asked, many are unable to provide a detailed breakdown of what they are and what it means for the revenue share actually received by the affiliate,” it says in its report.

This makes it tricky for affiliates to decide which brands to partner with, says one small affiliate who has been working in the industry since 2005.

“We just want to know the facts so we can make business decisions on moving brands around and that is where the frustration comes into it really. You can move a brand around and you send traffic but you eventually get around to working out you are not making any money because the fee deductions are much higher than another brand that you are working with,” says the affiliate, who prefers to remain anonymous.

Some operators, for example MrQ, which features in the Bojoko report, have recognised these concerns and opted to add a flat fee to their partnerships.

In the report, MrQ’s acquisition manager James Booth explains the rationale. “We apply a flat admin fee of 50% to gaming revenue which covers charges outside of our control such as the 21% POC tax in the UK, game royalties and payment provider fees. The 50% is applied directly to the amount each player loses at the end of each month’s activity.”

Karhu is in favour of such an approach. “With MrQ it was so easy to renegotiate the deal because we know exactly that it is 50% flat and everything is counted in that, so I really like that and we are going to suggest that it is one way that operators can do it – having one fixed rate that includes everything and then it is very transparent for the affiliate to say, ‘OK, we can see it is 22.5% or 30% or something then we can negotiate a revenue share’.”

One reason operators may be reluctant to advertise their deductions more openly is because it may make their programmes seem uncompetitive.

With MrQ’s transparency about its 50% flat fee for deductions, it’s would be easy for an affiliate being offered 45% revenue share to work out that they are really going to get 22.5%. An affiliate may therefore choose an operator where they feel they are going to get a higher percentage, even though this may not turn out to be the case depending on how many deductions are made.

It’s possible some programmes feel they need to advertise high headline rates to attract and/or retain affiliates. Tom Galanis, director at TAG Media, says there is an element of affiliates being unwilling to adapt to the changing market.

“Operators once advertised 100% revenue share deals, which was just bonkers and a short-term thing. Overpaying on revenue and getting an affiliate used to the idea of earning 40% or 45% was unsustainable because operators started losing money on it.

“You have this ecosystem between operators and affiliates that has never quite sat in balance or in equilibrium. Operators are trying to claw back the overgenerosity of the past and of course these deals have been set up for ages and of course affiliates hold true to the deal and want to insist they maintain a big revenue share and big CPA deals because they’ve had them for ages and why should they change. If that deal goes they will threaten to move the operator off and the affiliate manager doesn’t want that.

“It is a balance that is constantly being disturbed by the fact that operators are paying more tax, the cost of doing business is going up and obviously going up for affiliates at the same time. Essentially there is less slice of the pie for everybody to go around and everybody is trying to claw a little bit back.”

However, he also concedes there are programmes that will have abused the system when making deductions.

“For instance, things like payment processing are factored into the cost of sale. So if you are in the UK and you use Visa or Mastercard there is next to zero transaction cost on that, both on withdrawal and deposit. But if the player uses PayPal or Neteller or any digital wallet there’s a percentage charge, which is often 5%. So quite often an operator will say let’s just assume – and this is led by the finance team who are always pretty shrewd and conservative  – that every player is using PayPal therefore we need to take off 5% off everybody.

Devil not in the detail

The problem is that whether or not an operator is doing the former or the latter is difficult for affiliates to work out, because while operators may include a list of things they make deductions for, they typically won’t itemise these in detail.

If they did, this would help affiliates, but Garvie says for commercial reasons it’s unlikely to happen. “Itemising things can get very complicated. There is potential there to reveal potentially sensitive business relationship information. For instance, perhaps one software provider is charging a lower fee for its bigger clients than it does for its smaller clients and if operators were to go and publish that: 1) they might be in breach of their contract with the software provider; and 2) when smaller clients see that the bigger clients are getting charged a lower fee that could cause complications for the software provider. So I can see there are going to be multiple parties with an interest in just what is released.”

Indeed, even the results of Bojoko’s audit of its 300-plus partners cannot be released in detail because of commercial agreements, says Karhu.

Essentially the only shared information about what affiliates end up with after deductions is a long-running post on Affiliate Guard Dog, which the team began in 2017 and which audits programmes by losing a deposit and seeing what they end up with.

“By and large that system is the only thing I’ve seen that offers a reasonable guide to what you are actually being paid compared to what they are advertising,” says Garvie.

But the anonymous small affiliate questions whether this should be the case: “In an industry this size and the amount affiliates contribute should I have to go through a forum to work out what other people are saying that they think the fees are?”

He says operators need to view their partnerships with affiliates more as a two-way street. “Within the regulated markets the operators are getting squeezed, they are an easy source for taxation and that is going to pass its way down the chain and I think affiliates realise that but I do think there is a growing trend within the industry to squeeze affiliates more.”

However, Galanis point out: “It is becoming more relevant for affiliates because they feel they are getting squeezed and that is because in all honesty they were the ones doing the squeezing 10 years ago that this has come about.”

Whoever is doing the squeezing on fees, Karhu says the cards are firmly stacked against affiliates from the start due to unfair terms and conditions. “All affiliates are subject to programme terms and conditions and every one of them says that the operator can terminate the deal at any time and doesn’t need to pay anymore.

“So let’s say you’ve sent 1,000 players to an operator, they always have this legal right to just say to the affiliate, ‘OK, goodbye’ and there are constantly these cases. In the past the only sort of weapon that affiliates had is that they could share the information to other affiliates but this is not a very good way to do business.”

In order to redress the balance, in October last year Karhu launched the Professional Gambling Affiliates Association, which now has 50 members that include the “vast majority of the affiliate marketing share across Europe”.

The PGAA has devised a standard, universally available contract that it says provides fair terms for both affiliates and operators.

“So far the feedback has been really encouraging,” says Karhu. “We have only signed a couple, we have about 10 more pending, but we will and I know that many other affiliates are going to be very strict going forward that they only do big deals if they have contracts for security.”

But Karhu is clear that both sides have a role to play. While Bojoko’s report calls for operators to share costs evenly with affiliates and be more transparent, it also suggests affiliates should be more demanding when negotiating with operators and not be afraid to walk away if they do not get the answers or terms they require.

Whether or not moves such as this can get the market to a position where both sides feel partnerships are working fairly remains to be seen. But it’s clear we’re some way from that point right now.