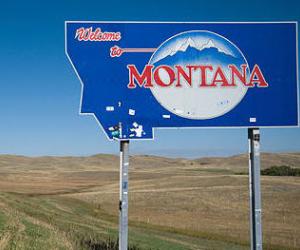 A trio of bills that would regulate sports betting in Montana are progressing through the state legislature, with just weeks left of the state’s regular session.

Each of the three proposes a different regulatory model for sports betting in the state, with SB330 – also known as the Montana Sports Betting Act – aiming to permit land-based and online wagering. However, it requires that all online players register in-person, either by travelling to a land-based casino or by registering via a licensee’s interactive platform while on premises.

SB330 was passed by the Senate following its third reading on Monday (April 1), with 36 voting in favour and 14 against. It has now been transferred to the House and assigned to the Business and Labour Committee, with a hearing set to take place tomorrow (April 5).

HB725, the Sports Wagering Lottery Amendment Act of 2019, aims to make the Montana Lottery the sole sports betting operator in the state. The lottery would be able to operate online and land-based offerings, although no tax rate is set out in the bill.

The proposal was transferred to the upper house of the legislature after passing the House with 88 votes in favour, 10 against and two abstentions, and has been assigned to the Senate Business, Labor, and Economic Affairs Committee. It will be scrutinised at a hearing on April 10, alongside HB475, which also passed the House with a strong majority.

HB475 was approved with 87 Representatives voting in favour, nine against and four abstentions. It only aims to legalise pari-mutuel wagering in Montana, which it proposes should be overseen by the state’s Board of Horse Racing.

Licensed racetracks would be able to offer pari-mutuel wagering at premises, at off-track betting facilities and online. HB475 has also been assigned to the Senate Business, Labor, and Economic Affairs Committee.

Each piece of legislation has just weeks to progress through the new chamber, with the legislative session ending on May 1. The Montana legislature will then not sit again until 2021. While the state was effectively given an exemption from the Professional and Amateur Sports Protection Act, it did not use this to launch wagering before the act was struck down by the Supreme Court in May last year.