2 minutes read
Playtech is to return €150 million ($169.3 million) to shareholders as a special dividend after its revenues increased by 18% during the first half of 2016. 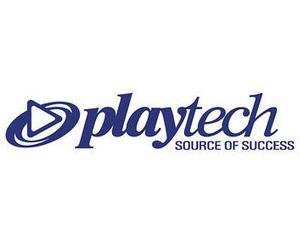 Playtech is to return €150 million ($169.3 million) to shareholders as a special dividend after its revenues increased by 18% during the first half of 2016.

In a trading update covering the six months to June 30, the gaming and financial trading services platform said revenue was up to €337.7 million, which was actually a 37% increase on the same period during 2015 on a constant currency basis.

Net profits were impacted by foreign exchange movements which caused the adjusted figure to drop by 31% to €79.5 million, while the reported figure was down 42% to €48.8 million. On a constant currency basis the figures were up by 54% and 84% respectively.

Playtech said its gaming division experienced year-on-year revenue growth of 18% at constant currency to €337.7 million, with operational highlights including the addition of new licensees such as PokerStars and SunBets.

Alan Jackson, chairman of Playtech, said the company’s strong H1 performance and healthy cash reserves meant it could return the special dividend to shareholders “with no impact on our M&A capabilities”.

“Playtech has made significant progress in 2016 as we have delivered on our strategic objectives,” said Jackson.

“Seven of our top 10 licensees are now on contracts which have at least three years remaining and our pipeline of new licensees and structured agreements remains strong.

“First half results from our Financials division reflect the full-impact of the transitioning of the business and improvements made due to regulatory changes with Markets now having the right platform for sustainable growth.”