4 minutes read
IBIA, one of Europe’s leading online gambling industry trade groups, has called on the European Commission to dismiss Austria’s largest state’s proposed new gambling laws after claiming they are not compatible with trade rules. 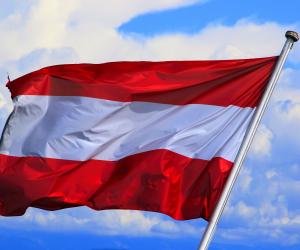 One of Europe’s leading online gambling industry trade groups has called on the European Commission to dismiss Austria’s largest state’s proposed new gambling laws after claiming they are not compatible with trade rules.

IBIA – which represents major European operators including GVC Holdings, Flutter Entertainment and Kindred Group – questioned the limitation of online betting licences to a maximum of two years, the setting of a maximum stake of €350 per bet and a ban on in-play sports betting products other than partial or final results.

The draft law, which seeks to amend a gambling framework in the region that dates back to the 1970s, was submitted to the Commission for consideration last month.

“The IBIA contends that the notified draft law includes an unjustified short licensing duration limitation for online betting, an unwarranted restriction on live (in-play) betting products and an arbitrary limit on consumer stakes,” the body said in a statement.

“The Lower Austrian authorities have not provided any evidence that would justify such measures which will have a detrimental impact on the market and the level of consumer channelling.

“The association therefore requests that the Commission explore the appropriateness and compatibility of these unjustified product limitations and the related restriction of trade imposed on licensed betting operators and Austrian consumers in accordance with EU law.”

IBIA said the two-year licence would be off-putting to operators and “clearly unattractive for long-term business investment”. It contrasted the duration with the unlimited licences in the UK and limitations of either five or 10 years in other markets such as Denmark, Spain and Sweden.

IBIA said the €350 stake per bet limit appeared to be an “arbitrary and unevidenced restriction” and said that the UK and Spain do not suffer from increased levels of addiction despite not imposing limits.

IBIA cited evidence from Harvard Medical School and the UK Gambling Commission that suggests in-play betting offers no greater risk of addiction than any other type of betting. It also said, again citing the UK authorities, that any threat to sports betting integrity can be managed without the need to impose a blanket ban.

IBIA predicted that the restrictions would make licensed operators unattractive to punters. It cited research which shows Austria’s licensed market would account for just 37% of gambling in 2024, compared to 95% in the UK and Denmark.

In summary, IBIA claims the restrictions on trade are unjustified and therefore not compliant with EU law.

“Imposing product restrictions on regulated betting operators … does not make it any less likely that the sporting events in that licensing jurisdiction will be any safer from betting related corruption, which can take place with a multitude of operators around the world,” IBIA said.

“The association and its members welcome the decision of the Lower Austrian authorities to license retail and online betting, but have concerns regarding the effectiveness and the underlining reasoning and impact of the proposals to restrict consumers.”

The Lower Austria Sports Betting Act aims to update the state’s laws governing wagering, with the current legislation, the Law on the Activities of Totalizators and Bookmakers, having been in place since 1978. Though the regulations have been updated six times since 2001, the Lower Austrian government explained in August that a comprehensive update was necessary as a result of technological developments in the industry, and to set out specific regulations for online bookmakers and betting terminals hosted in outlets such as tobacconists, video stores and restaurants.

Operators will be taxed based on turnover, with a fee for betting terminals also applied, of at least €175 per machine.