Flutter Entertainment’s revenue more than doubled on a like-for-like basis in 2020, after the operator completed its acquisition of The Stars Group and bought out minority shareholders of FanDuel. 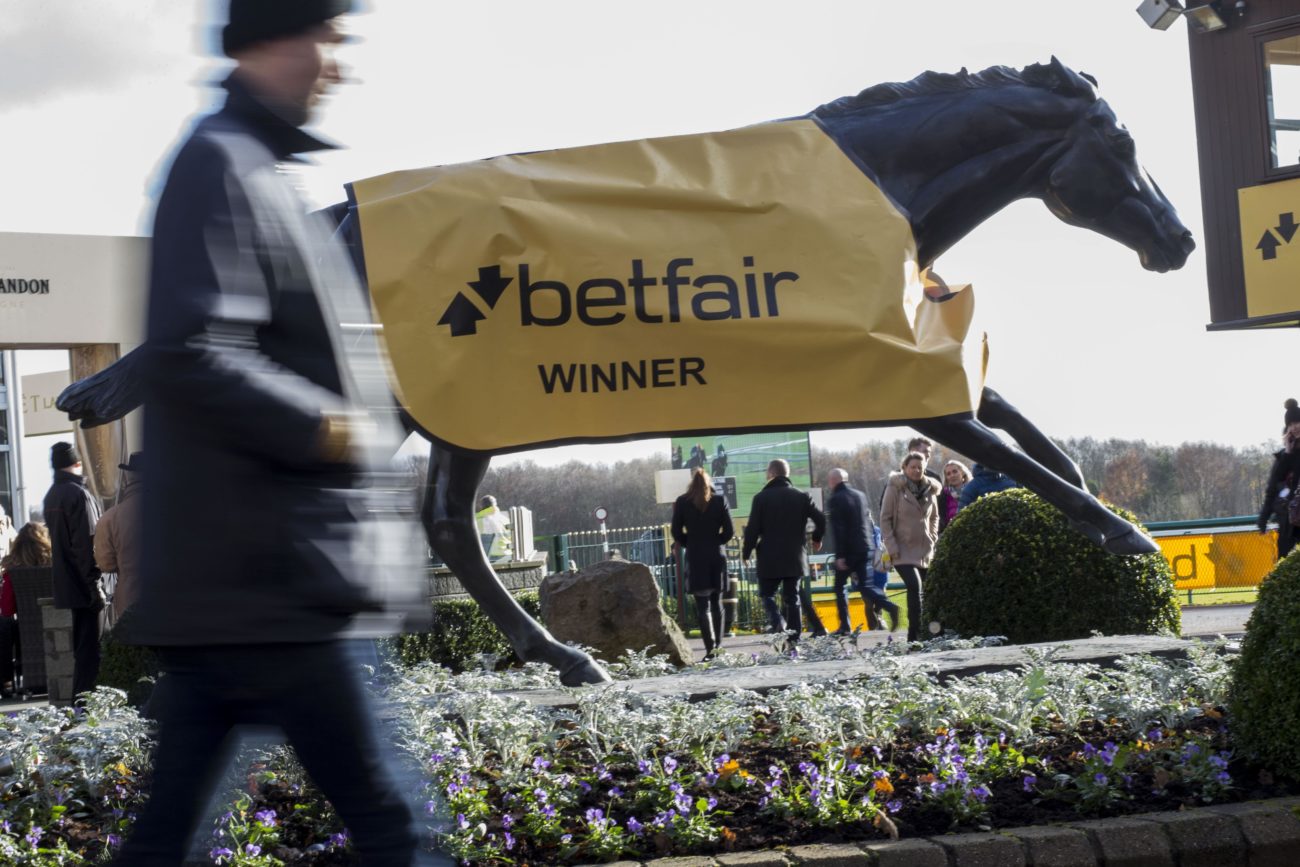 The operator’s chief executive Peter Jackson described the year as “historic” for the business. The addition of brands such as PokerStars, Sky Betting & Gaming and Fox Bet to its portfolio helped revenue grow 105.5% year-on-year to £4.40bn on a like-for-like basis.

This reflected the contribution of The Stars Group from 5 May, the date the merger completed.

On a pro-forma basis – factoring in The Stars Group’s contribution for the entire 2020 calendar year, as well as counting Stars Group revenue for year-on-year comparisons – revenue was up 27.0% at £5.26bn.

Looking at like-for-like revenue breakdown, Flutter generated £2.73bn from sportsbook operations, up 63.5%, while gaming revenue soared 253.7% to £1.67bn. Revenue was up significantly year-on-year for its Sky Betting & Gaming, PokerStars, Australia and US divisions, though fell for the British and Irish-focused Paddy Power Betfair arm.

For Paddy Power Betfair, revenue declined 2.2% to £1.29bn, with a strong online performance dragged down by retail’s struggles. Its Paddy Power shops were closed for around 38% of the year as a result of novel coronavirus (Covid-19), it said, resulting in the channel’s contribution falling 35.9% to £200m.

Online, despite struggling in the first half of the year amid the cancellation of sporting events, recovered in the second half, to grow revenue 8.2% to £1.09bn.

The online-only Sky Betting & Gaming fared better, despite stakes for the year falling to £4.17bn. For that operation, a significantly improved net revenue margin of 13.6% resulted in betting revenue growing 33.5% to £590m.

Once an increased contribution of £385m from gaming was factored in, Sky Betting and Gaming revenue was up 32.5% at £975m.

Turning to Australia, Flutter’s Sportsbet brand benefitted from customers migrating online as a result of Covid-19, signing up 675,000 new players during the year.

This led to amounts wagered jumping 43.9% to £9.71bn, and revenue climbing 57.9% to £1.08bn. Like Paddy Power Betfair, growth occurred in the second half of the year, and a condensed sporting calendar of events postponed during H1.

In a year that saw the poker vertical enjoy a resurgence under lockdown, PokerStars also posted year-on-year growth in revenue. This segment, covering the brand’s operations in non-British and US markets, reported revenue of £1.23bn, a 20.3% improvement on 2019.

This was comprised largely of gaming, which accounted for £1.16bn of the total. Poker revenue was up 38% in the first half of the year, though casino surged 51% over the same period. Sports betting, on the other hand, saw revenue rise 12.3% to £64m, on stakes of £748m.

However the biggest advances were reported in the US, with revenue soaring 80.1% to £695m. This division, comprising the FanDuel, Fox Bet, TVG, PokerStars and Betfair Casino brands, saw sportsbook revenue grow to £458m on stakes of £4.41bn, with gaming revenue up 288.5% to £237m.

Flutter noted that its horse racing brand TVG performed particularly well, benefitting from the fact that racing continued at a time when Covid-19 forced the suspension of other sports.

Turning to outgoings, cost of sales across all divisions significantly rose as a result of the business’ expansion, more than doubling to £1.54bn. Thanks to the significant growth in like-for-like revenue, however, gross profit remained up significantly at £2.86bn.

Once sales and marketing expenses of £991m, plus £884m in other operating expenditure and £95m of corporate costs were factored in, Flutter’s adjusted earnings before interest, tax, deprecation and amortisation (EBITDA) grew 109.2% to £889m.

Depreciation and amortisation expenses of £213m – up 46.9% – then left an adjusted operating profit of £676m, more than double the prior year’s £281m total. At this point, steep rises in other outgoings hit the operator’s bottom line.

Net interest expenses climbed to £110m, while Flutter also reported £565m in separately disclosed items, related to The Stars Group acquisition. These comprised charges related to the amortisation of acquired intangibles, as well as restructuring and deal costs, partially offset by a VAT refund related to wrongly-paid fees for gaming machines in betting shops.

As a result Flutter’s pre-tax profit plummeted to just £1m for the year. After £35.8m in income taxes, this resulted in a net loss of £34.7m for the year.

Looking ahead to 2021, the operator said the momentum that built in the second half of 2020 had continued into the new year. Growth in player volumes across all divisions, coupled with favourable sporting results, had helped group revenue grow 36% ahead of the prior year for the seven weeks to 21 February.

However, it admitted that Covid-19 restrictions continued to affect its retail businesses, with British shops unlikely to open in April, and its Irish estate liable to remain closed until May. This was resulting in a £5m monthly EBITDA loss in Britain, and a £4m loss in Ireland.

Furthermore, it noted that 2021 profits could face a hit in Germany, where proposals to impose a 5.3% turnover tax for online poker and slots is under discussion.

“While the tax is yet to be ratified, if it does come into force we believe it would effectively make the German online gaming market commercially unviable for regulated operators,” it said. That tax rate could hit its bottom line by between £15m and £25m, if it is brought in from 1 July.

“Overall, we are very pleased with the momentum in our business as we continue to build our recreational player base globally and look forward to the future with confidence,” Flutter added.