4 minutes read
UK financial watchdog to keep a close eye on CFD operators as concerns over risk warnings, due diligence and AML continue. 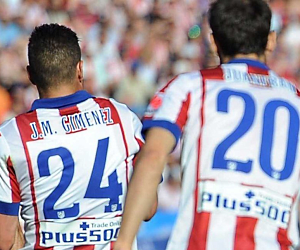 Following on from its enquiry into Plus 500's onboarding techniques, the UK Financial Conduct Authority will keep a close eye on CFD operators as concerns over risk warnings, due diligence and AML continue.

Playtech chief executive Mor Weizer said at ICE that he was “surprised” by the reaction of the Financial Conduct Authority (FCA) to the company’s failed bid to buy CFD provider Plus 500.

Weizer added that “retrospectively it was clear that the FCA was not feeling comfortable” with the Playtech bid for Plus 500, but it would seem that the feeling of regulatory queasiness may extend into the wider retail financial trading sector.

A recent open letter to the chief executives of 100 contracts for difference (CFD) providers shows the regulator is stepping up its interest in the providers of financial products in the wake of their Plus 500 investigations.

It would be churlish to suggest that Plus 500 itself hasn’t done a decent job of itself recovering, first, from the attentions of the UK’s financial watchdog regarding its onboarding techniques, and second, being jilted at the altar by Playtech because of the delays caused largely by the regulator’s attentions.

Despite the pressures, Plus 500 managed to report only a less-than-expected 7% fall in pre-tax profits to $132.9m, while a 20% rise in customer numbers actually helped lift revenues to $275.6m.

The company said it remained in “constructive dialogue” with the FCA and it added that it was not one of the 10 companies included in the recent review.

That review found “several areas of concern”. In a letter to industry bosses, Megan Butler, executive director of supervision at the investment, wholesale and specialists division of the FCA, said that among the 10 most approaches to completing assessments of appropriateness fell short of the FCA guidelines, the risk warnings issued to clients who failed these assessments were not adequate and that AML controls to manage the increased risks posed by higher-risk clients were also insufficient.

Most damning was the FCA finding that the firms in question “may not be acting in the best interests of their clients and treating them fairly”.

CFDs are popular financial products aimed at a retail audience and are a close cousin of spread betting. However, FCA rules state that clients introduced to CFDs must pass certain appropriateness tests to determine that they understand the risks involved in such potentially highly-leveraged instruments.

Different levels of regulation
The letter said it appeared that many providers “may not have processes that allow them to assess the appropriateness of CFD trading for prospective clients, which could result in firms failing to identify clients for whom CFDs are not appropriate”.

Anti-money laundering (AML) risk assessment procedures at the 10 providers also came in for criticism. The FCA suggested that these did not consider a full enough range of factors in determining risk levels and “instead focused on jurisdictional risk, limiting their effectiveness”.

According to Martin Pashley, chief commercial officer at data screening provider W2 Global Data, the FCA was making the point that AML processes aren’t “just a tick-box exercise”. “It’s no longer sufficient to just conduct KYC or customer due diligence (CDD) at the point when you take on a new customer,” he said.

“Regular, on-going, perpetual screening must take place with risk-related alerting systems.” As with gaming, CFD providers need to take a “risk-based approach” to identify people who may present a higher risk. It is likely the sector will be hearing more from the UK FCA in the months to come.

Peter Hetherington, chief executive at IG Group, however pointed out to the Financial Times following the news of the FCA letter that when it comes to the regulation of financial trading products, the FCA will need to see concerted action by regulators across Europe if its actions aren’t easily circumvented.

“The FCA has cracked down on rogue operators but it can’t do anything about companies that are authorised by other regulators and then can passport into the UK,” he told the paper.

“While the FCA is a robust regulator for firms licensed in the UK, there is still an open door for other European firms to come into the UK. The worry is that is one of these firms goes horribly wrong, the entire industry gets tarnished.”

The possibility that the UK regulator is all bark and no bite could well be music to the ears of the sector, particularly given that the binary options gold rush shows no signs of abating, although that could eventually change if the UK votes to leave the EU in June.