8 minutes read
The House of Commons’ Public Accounts Committee has issued a damning assessment of gambling regulation in Great Britain, describing the Gambling Commission as a “torpid, toothless” regulator and accusing the Department for Culture, Media and Sport of dragging its feet over regulatory change. 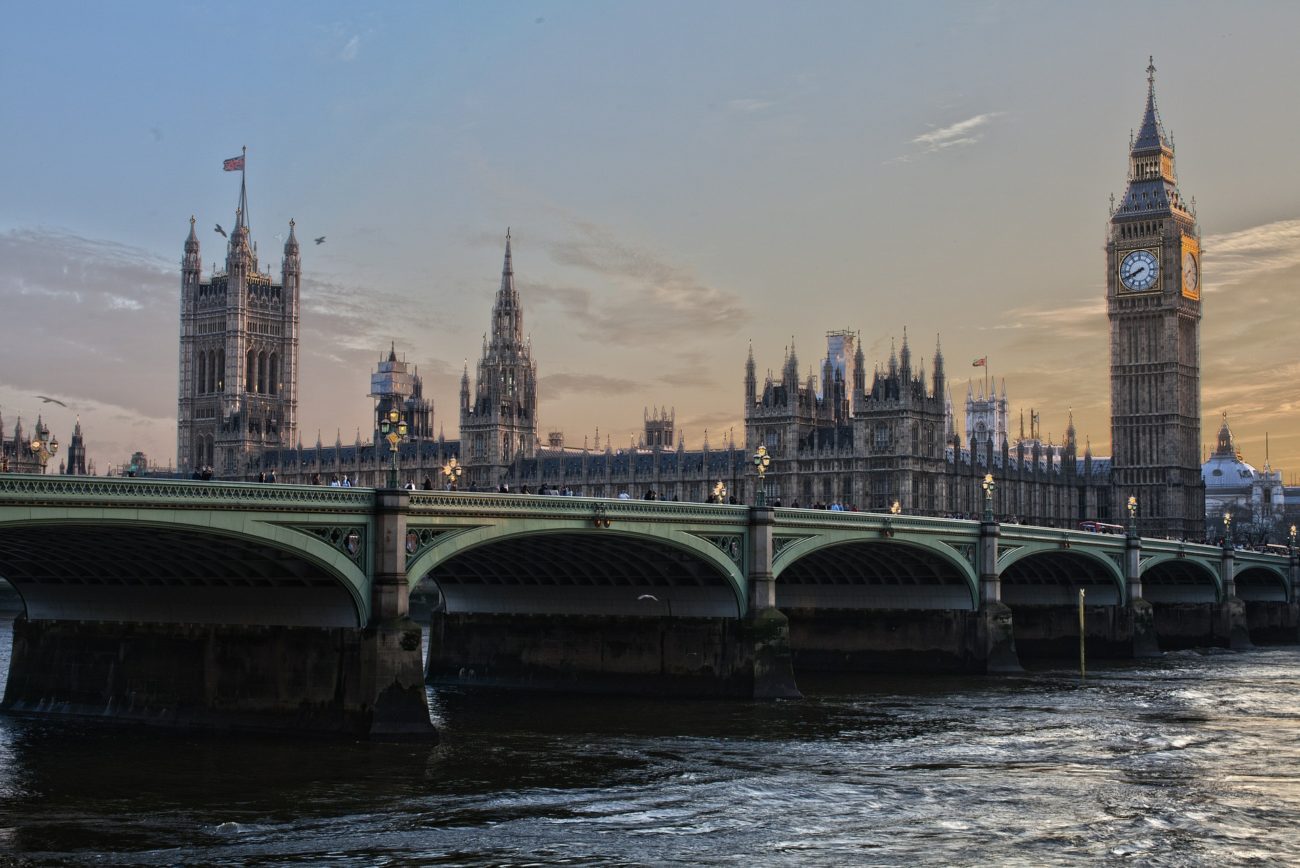 The House of Commons’ Public Accounts Committee has issued a damning assessment of gambling regulation in Great Britain, describing the Gambling Commission as a “torpid, toothless” regulator and accusing the Department for Culture, Media and Sport of dragging its feet over regulatory change.

The committee, which is responsible for monitoring government expenditure, concluded that both DCMS and the Commission had an “unacceptably weak” understanding of the impact of gambling harms, and few metrics in place to actually measure such problems.

The regulator was failing to proactively influence operators to improve player protections, and consistently lagged behind industry developments, the committee said. When operators failed to act responsibly, it added, consumers then lacked the same rights to redress as in other sectors.

This meant both DCMS and the Commission were failing UK problem gamblers, an estimated 395,000 people, as well as the further 1.8m classed as at risk. These individuals and their families faced “devastating, life-changing” effects such as financial ruin and the loss of their homes, the breakdown of relationships, turning to crime and in some cases sufferers saw problems contribute to suicides.

“What has emerged in evidence is a picture of a torpid, toothless regulator that doesn’t seem terribly interested in either the harms it exists to reduce or the means it might use to achieve that,” committee chair and MP for Hackney South and Shoreditch Meg Hillier said.

“The Commission needs a radical overhaul: it must be quicker at responding to problems, update company licence conditions to protect vulnerable consumers and beef up those consumers’ rights to redress when it fails.”

Part of the issues flagged by the committee were blamed on a lack of adequate funding, something already highlighted in a National Audit Office report published in February.

The Gambling Commission took £19m in licence fees in the 2018-19 fiscal year, less than 0.2% of the £11.3bn gambling yield for 2018-19 for the industry excluding the National Lottery. In contrast, the Public Accounts Committee noted, the industry had agreed to spend £60m to treat problem gamblers.

“However, the Department was unwilling to accept the premise that increasing the Commission’s budget to prevent harm would be preferable to spending on treating problem gamblers,” the committee pointed out.

Therefore the review of the 2005 Gambling Act was urgently needed, with DCMS ordered to set out a timetable for this process within three months.

Compared to other public health issues such as alcohol dependency or obesity, there was a lack of comprehensive research, and in turn a limited understanding of gambling harms. DCMS, in fact, did not appear to treat gambling problems with the same urgency as these other issues.

While the Commission had begun to do more to gather and use the perspectives of those with experience of gambling harm, DCMS had not proactively funded gambling related research. Instead, it relies on projects by bodies such as Public Health England and the National Institute for Health Research.

The committee therefore ordered DCMS and the Commission to set out what actions each will take to ensure they have the research and evidence base to better understand gambling problems and develop an effective regulatory response within three months.

This lack of understanding was further hindered by a lack of data into problems that consumers have with gambling operators. For land-based gambling, 119 local licensing authorities out of 380 in Great Britain failed to conduct any inspections in 2018-19. This included almost no authorities in Scotland, while around 60 across Britain failed to carry out inspections in the past three years.

For online gambling, the Commission does not use gambling transaction data from banks or payment providers to understand how people are gambling, even when it has access to this information for anti-money laundering purposes. The committee did acknowledge that the regulator had been gathering intelligence on player behaviour during the novel coronavirus (Covid-19) lockdown, though it still lacked data as to whether the industry was meeting its own voluntary commitments.

It was therefore told to provide the Public Accounts Committee with an update on gambling patterns during Covid-19, and whether the industry had met the 10 commitments set out by the Betting and Gaming Council early in the crisis.

Better use of data would also help the industry become more proactive at influencing operators to improve protections, another key failing flagged by the committee. For example, the committee pointed out that after misleading terms and conditions for bonus promotions were identified in 2015, it took a further three years for the licensing conditions and codes of practice to be updated to outlaw these.

This contributed to public trust in the industry collapsing, with the number of people believing the industry was fair and could be trusted falling from 49% in 2008 to 34% in the most recent survey of customer attitudes. Concerns about gambling behaviour under lockdown, meanwhile, were tackled by the industry, rather than the Commission, through a temporary halt to audiovisual advertising.

A plan for taking a more proactive approach to encouraging positive changes by operators was therefore necessary. This could take the form of reputational tools such as league tables indicating how each licensee treats its customers, something already put forward by the Advisory Board for Safer Gambling last week.

Even when the regulator does act, such as through the ban on credit card gambling that came into force from 14 April, the Committee said it has little understanding of how effective this will be in reducing gambling harm. Furthermore, the committee added, that ban failed to address concerns around young people gambling, especially 16 and 17 year-olds, which can play fixed-odds national lottery games. This, the committee, said, was something that should be investigated as a matter of urgency.

Online fixed-odds betting in particular was a vertical that there appeared to be a lack of insight into harms, and potential changes, the committee continued. Again, the Commission and DCMS were ordered to set out an action plan within three months.

These harm prevention measures were particularly important as when consumers are failed by licensees, they have few rights of redress. When operators fail to meet their obligations to prevent a customer from gambling too much, terms and conditions mean the player has little opportunity to seek compensation. This means that many of the complaints filed against licensees cannot be pursued.

“Individuals who may have lost thousands of pounds can only seek redress by taking legal action which they are unlikely to be able to fund,” the committee explained. “As a result, the current regulatory regime is ineffective in meeting the licensing objective under the Gambling Act to protect vulnerable people.”

This therefore requires a plan from DCMS and the Commission to close these gaps, which is to be formulated within six months.

As a result of the gaps in its research and inability to support customers that have been failed by the industry, neither DCMS nor the Gambling Commission is aware what impact their measures have on problem gambling. There are no targets for reducing the number of problem gamblers in Great Britain, and meaningful outcome measures are required.

Its understanding of enforcement actions were also found to be lacking, in the committee’s eyes. Despite the financial penalties levied rising from £1.4m in 2014-15 to £19.6m in 2018-19, there is no evidence as to whether such actions have been effective in deterring rule-breaking. Impact evaluation processes must be urgently progressed, so the Commission can set out a plan to assess the impact of penalties on incidents of problem gambling, again within three months.

The findings were hailed by safe gambling campaign group Gambling with Lives, which it said clearly set out the failure of regulation in the country.

“Gambling causes mental health problems and suicide. We are calling for cross- departmental action to stop the deaths,” it said. “The promised review of the Gambling Act cannot be delayed any longer.”

However, following the criticism of DCMS in the report, it urged the government to establish an independent team from the departments of health and education to lead the review.

Industry standards body the Betting and Gaming Council, meanwhile, highlighted the industry’s voluntary actions to improve protections for customers, such as the ban on advertising around live sport and increasing funding for research, education and treatment.

“Nearly 30 million people enjoy gambling occasionally, whether that’s on the National Lottery, bingo, sports or gaming, and the overwhelming majority of them do so safely, and our industry supports over 100,000 jobs and pays over £3 billion in tax each year,” the BGC explained.

“The industry is working hard to raise standards to help problem gamblers and those at risk, though we note that both the regulator and the government have made it clear that there is no evidence that problem gambling has increased.”

It argued that the industry was already heavily regulated, and warned against driving customers to illegal operators, where customers would not be subject to the safeguards in place for the licensed sector.

“We are committed to making more voluntary changes and driving up safer gambling standards. We will work with the Gambling Commission and the government to achieve this, particularly on the forthcoming review of the Gambling Act.”