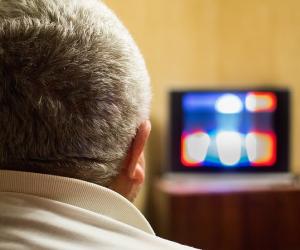 UK betting operators have agreed to implement a voluntary ban on gambling advertising during pre-watershed live sport broadcasts from summer 2019.

The measure, announced by the Industry Group for Responsible Gambling (IGRG), will be added to the Gambling Industry Code for Socially Responsible Advertising, and means no gambling advertising will be shown from five minutes before a sporting event begins, and five minutes after the event finishes.

Additional measures such as an end to betting adverts around highlight shows and re-runs, and an end to pre-watershed (9pm) bookmaker sponsorship of sports programmes will also be added to the code.

These changes, which effectively stop betting adverts from being shown in commercial breaks during televised live sport, are expected to be added to the Code in January next year, then come into force six months later. Exceptions have been made for horse and greyhound racing programmes.

“Today the gambling industry is responding positively to public concerns about the amount of gambling advertising on television before the watershed,” IGRG chair John Hagan said.

“We believe that these new voluntary TV measures, which have been approved by the trade associations representing every sector of the gambling industry, will drastically reduce the amount of gambling advertising on television and they complement the strict controls that already govern gambling companies around advertising on digital platforms,” Hagan explained. “We believe that this is itself a watershed moment as we strive to provide the ever,safer gambling environment which gambling consumers and the wider public expect, and which is so important to the future success and sustainability of our industry.”

The Gambling Industry Code for Socially Responsible Advertising, which was first introduced in 2007, already prohibits online casino advertising before the watershed and requires all gambling adverts on television to carry a responsible gambling message.

The ban was welcomed by Culture Secretary Jeremy Wright, who praised the industry for “stepping up”.

“It is vital children and vulnerable people are protected from the threat of gambling-related harm,” he added. “Companies must be socially responsible.”

Neil McArthur, chief executive of the Gambling Commission said it was important the industry is seen to respond to public concerns.

“Today’s announcement is a significant step forward in demonstrating that this is an industry that is starting to listen to its customers and the wider public,” he said. “Importantly, it also demonstrates the value of collaborating across companies and across sectors to make gambling fairer and safer. I hope that this can be used as a model for future industry action to reduce and prevent harm.”