The UK Gambling Commission (UKGC) and a selection of other betting-related organisations have joined together to issue a call for online operators to remove any advertising that may appeal to under-18s. 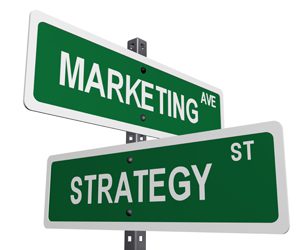 The UK Gambling Commission (UKGC) and a selection of other betting-related organisations have joined together to issue a call for online operators to remove any advertising that may appeal to under-18s.

In a joint letter penned with the Advertising Standards Authority, the Committee of Advertising Practice, and the Remote Gambling Association, the UKGC has said that gambling companies must “amend or remove” immediately any ads that fall in this category.

The letter refers to adverts on an operator’s website or in third-party media that are “likely to appeal particularly to people aged 17 or younger (‘under 18’)” and are “generally available to view (‘freely accessible’)”.

The UKGC and its partners said the latest warning relates particularly to “freely accessible ads for play-for-free and play-for-money games”, including graphics and images displayed on a website or in third party media.

Speaking together in the letter the organisations said: “Recent articles in the UK national press have highlighted a number of freely accessible ads on gambling operator websites, which feature images that are likely to appeal particularly to under-18s; this is unacceptable.”

Earlier this month, the UKGC was forced to respond to an article in the Sunday Times newspaper that accused a number of betting companies of using popular cartoon characters in ad campaigns to attract children to their online gaming services.

The letter said an advert can be considered to have “particular appeal to children or young persons” if it is deemed likely to appeal more to under-18s than adults, giving the example of using particular colours, cartoon and comic book images in games such as ‘Piggy Payout; ‘Fluffy Favourites’ and ‘Pirate Princess’.

However, the organisations have accepted that operators may have “difficult and nuanced decisions” to make regarding future content, and have advised those that are unsure of the rules to contact the Committee of Advertising Practice (CAP).

The letter added: “Gambling operators are required by the UK Advertising Codes and the conditions of their Gambling Commission licence to advertise responsibly with particular regard to the protection of under-18s and others who are vulnerable to being harmed or exploited by gambling advertising.”

“We appreciate that there may be difficult and nuanced decisions to be made, particularly in cases where imagery and characters, which might have appeal to both children and adults is used.

“If gambling operators cannot or will not bring their advertising into line with the Code, the CAP Compliance team has various sanctions available to it and will consider applying these if we continue to see gambling ads that have particular appeal to under-18s.”