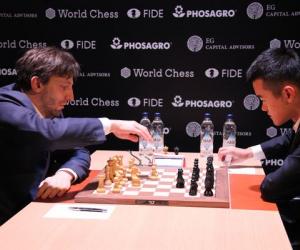 Unibet is expecting to take more money on this month’s FIDE World Chess Championship showdown than some of the summer’s Fifa World Cup games.

The operator described chess as “one of the fastest growing sports in the betting arena” ahead of the match in London between defending champion Magnus Carlsen, of Norway, and American challenger Fabiano Caruana. Unibet has seen a 17-fold increase in chess betting turnover since 2013, with World Chess claiming the sport has 600 million fans worldwide.

Unibet said the World Chess Championship, which takes place in London between November 9-28, will generate a turnover higher than some Russia 2018 matches and be comparable to the takings for the Uefa Champions League final.

The company became the World Championship’s first-ever official betting partner when it signed an agreement with World Chess that included exclusive betting rights in August.

Richard Öström, country manager for Unibet Norway, said: “The interest in chess is continuing to grow and as the leading online bookmaker in Europe, we want to be a part of and contribute to big sporting events.

“The odds in this highly competitive match will continue to fluctuate and this year’s World Championship showdown between Magnus Carlsen and Fabiano Caruana in London will continue to establish chess as a permanent fixture in betting.”

In August it was announced that World Chess and Unibet will produce additional digital content for this year’s World Championship match. As part of the partnership, Unibet will receive a full suite of exclusive rights, including digital advertising, the use of exclusive photo and video content and the opportunity to take part in a round of the First Move Ceremony.

Unibet’s chess markets range from outright to in-play selections such as next move.

Ilya Merenzon, the CEO of World Chess, said: “It’s great to see the betting community from across the globe come together, proving that the sport is continually becoming even more popular.

“The tournament is the highlight of the chess calendar and millions of fans around the world will follow every move.”