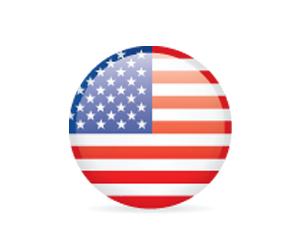 The federal ban on sports betting across the US has been overturned by the country’s Supreme Court.

The court today (Monday) ruled in favour of the state of New Jersey in its long-running bid to overturn the 1992 Professional and Amateur Sports Protection Act (PASPA).

PASPA had blocked states from offering regulated sports wagering services, with the exception of Nevada. Oregon, Delaware and Montana were also exempt.

New Jersey has been campaigning for a number of years for the ban to be withdrawn, highlighting the prevalence of illegal sports betting across the US as one of its main arguments.

The Supreme Court was seemingly in agreement with New Jersey, voting 7-2 in favour of voiding PASPA and also upholding a 2014 state law that permitted sports betting and casinos and racecourses in New Jersey.

The move effectively breaks Nevada’s monopoly on sports betting in the US and in turn opens up a much wider market.

The Stars Group’s share price is up 9%, with Paddy Power Betfair, Caesars and William Hill all rising by more than 6% in the immediate aftermath.

A number of leading operators have campaigned alongside New Jersey for the laws to be changed.

Various professional sports leagues including the National Basketball Association, Major League Baseball and the PGA Tour have also stated their backing for an expanded, regulated market.

According to USA Today, Justice Samuel Alito, a New Jersey native who wrote the court’s opinion in the case, said: “Congress can regulate sports gambling directly, but if it elects not to do so, each state is free to act on its own.

“Our job is to interpret the law Congress has enacted and decide whether it is consistent with the Constitution. PASPA is not.”

The American Gaming Association said: “Today’s decision is a victory for the millions of Americans who seek to bet on sports in a safe and regulated manner. According to a Washington Post survey, a solid 55 percent of Americans believe it’s time to end the federal ban on sports betting.

“Today’s ruling makes it possible for states and sovereign tribal nations to give Americans what they want: an open, transparent, and responsible market for sports betting. Through smart, efficient regulation this new market will protect consumers, preserve the integrity of the games we love, empower law enforcement to fight illegal gambling, and generate new revenue for states, sporting bodies, broadcasters and many others.

“The AGA stands ready to work with all stakeholders – states, tribes, sports leagues, and law enforcement – to create a new regulatory environment that capitalizes on this opportunity to engage fans and boost local economies.”