iGaming affiliate Acroud, formerly Net Gaming Europe, is progressing plans for the growth in the US and Dutch markets in 2021 after posting “disappointing” double-digit drops in revenue and profit for the third quarter. 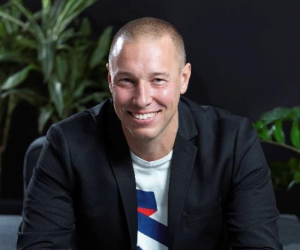 The Nasdaq Stockholm-listed operator said revenue amounted to €2.38m for the three months to September 30, which was down 31% year-on-year.

Acroud said poker and casino traffic was well down on the previous quarter and prior Q3 period, with new depositing customers (NDC) down 57% year-on-year.

Some 92% of Acroud’s revenue was generated from the casino and poker verticals in Q3. It said the poker vertical in particular has increased in relation to total revenue, with one of the main drivers being Pokerlistings.com. Sports betting made up just 5% of total revenue.

Malta-headquartered Acroud also said adjustments made to the product offering to ensure compatibility with the rules in the Dutch market resulted in a larger decline in revenue than anticipated.

Operating expenses were lower year-on-year, with the cost base also declining from Q2 2020, driven primarily by reduced credit losses and lower external expenses.

Robert Andersson, who was appointed president and chief executive in February 2020, said Acroud put several important initiatives in place during Q3 – including its rebranding in July.

The group drew up a growth strategy with the aim of ensuring a more proactive response to future growth and acquisition opportunities.

It was awarded licences in the American states of West Virginia, Colorado, Indiana and Iowa during the quarter. This is in line with its growth strategy and expansion plan for the US, with gradual roll-outs in new states. Yesterday the business signed a letter of intent to acquire a US-facing tipster site for an initial €2.2m, to further strengthen its North American presence.

Acroud said it took measures to create a strong long-term position in the Dutch market during the quarter. The measures involved an adjustment of the product offering to ensure compatibility with the rules in the Dutch market until the new gambling act enters into force in the first quarter of 2021.

“This quarter has also been characterised by a fast pace and extensive change management within the organisation to prepare us for strong growth in the coming years,” Andersson said.

“We are in a time that is challenging in many ways for the whole world, but also a time when opportunities are being created.

“At the same time, Acroud is in a process of change, which involves all the company’s sites being managed on one and the same platform. This will create conditions for more efficient operations, while improving the company’s ability to integrate acquisitions.”

He described Q3 as “obviously a disappointment” but argued this was a natural consequence of change management and efforts to adapt its offering for the Dutch market.

“Ever since I took on the role of CEO of Acroud, I have seen the ‘rough diamond’ and been aware that the first year will be primarily focused on transforming and adapting the company for high and sustainable growth. The transformation takes time and the impact will not come until 2021.”