3 minutes read
Aspire Global has talked up its acquisition of sports betting technology provider BtoBet as providing the business with “endless opportunities” for growth, following a third quarter in which gross revenue grew 20.7% year-on-year. 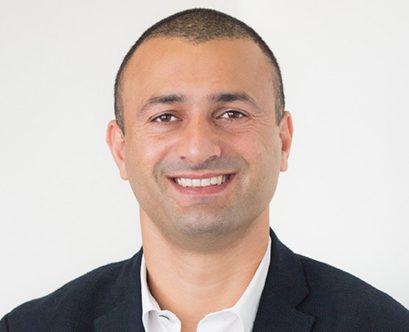 This broke down to €23.8m from Aspire’s B2B technology arm Core, up 13.6%, with a further €12.3m coming from its B2C operations. Games revenue, from developer and content aggregator Pariplay, contributed the remaining €4.0m.

Looking at revenue by geographic segment, this broke down to €24.4m from Europe (excluding the Nordic region, Great Britain and Ireland), up 16.7%, in a period where new market expansion is a core focus for the business.

The expansion into the sports betting vertical, coupled with the consolidation of Pariplay, helped almost double the contribution from Great Britain and Ireland to €9.1m, while revenue from the rest of the world soared from a low base to €2.7m. The business is now operating under 25 different regulatory regimes, chief executive Tsachi Maimon noted, in which twelve of these it holds licences.

The Nordics, in a period where Sweden has imposed an SEK5,000 deposit limit for all customers and limited acquisition bonuses to SEK100, was the only segment to report year-on-year declines. Revenue for the region dropped 40.0% to €3.9m.

“Aspire Global has recently passed several landmarks and is stronger than ever,” Maimon commented.

Following the quarter end, Aspire, via BtoBet, signed up Flutter Entertainment’s Betfair as a partner in Colombia, which Maimon said highlighted the opportunities on offer through the acquisition. He said it showed the business was now capable of competing “for any deal, anywhere”.

“In Q3 2020 we had 129 active partners and by adding BtoBet we now count 150 active partners,” Maimon continued. “This impressive number gives us a solid base for further growth and expansion.

“We see endless opportunities to grow with present partners as well as to establish Aspire Global as the prime supplier to new customers.”

After paying value added tax (VAT) on European Union activities, Aspire’s net revenue for the quarter came to €39.0m, up 21.2%. However, this growth in revenue led to an increase in operating costs, which climbed 20.4% to €32.4m, as distribution, gaming duties, and administrative costs rose.

However, thanks to the revenue growth, Aspire’s earnings before interesting, tax, depreciation and amortisation (EBITDA) remained up year-on-year at €6.6m, a 25.7% improvement on Q3 2019.

This growth came despite the additional the costs associated with regulated market operations, Maimon noted, which accounted for 71% of revenue in the quarter, compared to 60% in the prior year.

Operating profit after depreciation and amortisation charges also grew from the prior year, rising 15.5% to €4.9m.

Increased finance expenses, plus a lower gain on foreign currency translations and a decline in financial income did lead to profit before tax falling 15.1% to €3.9m. After income taxes of €94,000, and a €278,000 loss from associated companies, net profit for the quarter was down 19.5% at €3.5m.
Looking ahead, October trading volumes, including BtoBet, increased to €14.1m, a 32% improvement on the average monthly trading volume in Q4 2019, Maimon said.

“The past twelve months have been very special to Aspire Global,” he added. “We have made two strategic, important acquisitions — Pariplay and BtoBet. At the beginning of the year we quickly adapted to the Covid-19 outbreak.

“Growth has been good during the year and Aspire Global is now a true powerhouse for igaming operators and aim to become the world’s leading igaming supplier. We are confident in our ability to deliver on our 2021 financial targets and truly excited by Aspire Global’s future prospects.”