Competing casino developments on either side of the Illinois and Wisconsin border highlight the success of tribal gaming in the US - but also the limitations of existing regulation, writes Paul Girvan. 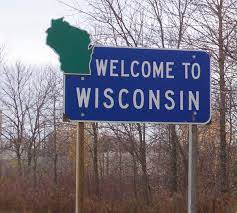 In southern Wisconsin lies the City of Beloit, further south about 20 miles -a 10-to-15-minute drive via the interstate – across the state line in Illinois is the City of Rockford. Both are in a race to develop a significant casino and both are looking to a Native American tribe to develop the casino, but each has followed a vastly different path to reach that goal.

After years of aspiring to welcome a casino to their jurisdiction, the battle to develop competing casinos is accelerating. This pits the Ho Chunk Tribe of Wisconsin against Hard Rock International, the latter owned by the Seminole Tribe of Florida.

In Beloit, the Ho Chunk Tribe, which already operates six casinos in Wisconsin, is proposing a $405m casino plan. Upon completion, it would include 2,200 slot machines, 50 table games, a 300-room hotel with more than 45,000 square feet of meeting and convention space, and a 40,000-square-foot indoor waterpark.

Meanwhile in Illinois, Hard Rock has proposed a $310m casino with 64,000 feet of gaming space with 1,500 slot machines and 55 table games, and a proposed 1,600-seat Hard Rock Live entertainment venue. A hotel is proposed for a subsequent phase of development.

The race is complicated by the different process of approval for each. The Hard Rock in Rockford is being developed as a commercial casino, while to the north the Ho Chunk casino is being developed under a process outlined in the Indian Gaming Regulatory Act.

Rockford was initially bypassed in the original development of casinos in Illinois in the early 1990s. The Rebuild Illinois Act signed into law by Governor J.B Pritzker on 29 June, 2019 authorised the licensing of new casinos in Rockford and five other cities to join the existing 10 commercial casinos in the state.

In October 2019, the Rockford City Council selected Hard Rock International as its casino developer. This led to preliminary approval of the Hard Rock plan by the Illinois Gaming Control Board (IGCB) in February this year. Finally, it appears that Rockford will get its long-sought casino.

Meanwhile in Wisconsin, the Ho Chunks have been pursuing a casino in Beloit for close to a decade. In April 2020, after 5 years of consideration, the tribe won approval of their project from the Bureau of Indian Affairs of the Department of the Interior to take the 33 acres of land into trust for gaming purposes.

The Governor of Wisconsin subsequently approved the project in March 2021. The Department of Interior can now proceed to take the land into trust and an amendment to the compact between the Ho Chunks and the state needs to be approved. Once this occurs, development can start.

Final approvals, as represented by the taking of land into trust and the final negotiation and approval of the Ho Chunk compact with Wisconsin, is expected within four to six months, meaning construction will begin this year, and completion of the first phase of development would occur by the end of 2022. So, it appears that the Beloit will also get its casino.

Two into one
However, there is a problem. The market is unlikely to be able to sustain both developments as currently planned.

Both the Ho Chunks and Hard Rock have recognised the impact the other could potentially have on their own project, and have hedged their bets by proposing phased developments. These two casinos will compete for what is largely the same market.

Currently, projections for both casinos are in the region of $200m in gross gaming revenue (GGR) per annum. In neither case do these projections account for the presence of the other. It is likely that with both casinos in operation the revenues for each would be reduced by up to 35%, a significant change that would impact the likely building programmes of each property.

If one of these developments were to get built first, it is likely that would impact the development of the other, hence the race to get open.

While Hard Rock has received preliminary approval of its license application, this does not represent a “green light” to proceed. Hard Rock has espoused a three-phase plan with the first phase the development of a temporary casino at an interim location hosting 700 slot machines.

As this is occurring Hard Rock will develop its permanent Phase II casino, with Phase III being the construction of a hotel. To date, only site preparation work has been done at both the temporary and permanent casino sites. Neither the temporary nor permanent casino can proceed until final licence approval is obtained from the state.

When that is obtained, work on the temporary casino can begin and could be up and running in a few months. At the same time, licence approval will initiate a local review of the permanent casino plan which then will be sent to the State for approval. That approval could take into the late autumn, with construction of the permanent casino requiring a further 18 to 24 months.

Meanwhile the Ho Chunk Tribe awaits final approval of its plan from the Department of the Interior.

Neck and neck
Right now, it appears that Ho Chunk and Hard Rock are neck and neck in the race to develop.  While the Illinois Gaming Control Board has raised some issues about a local investor connected to the Hard Rock project, it is not thought that this will unduly delay the project.

Should the Ho Chunks secure final approval from the Department of the Interior within four to six months as planned, construction of both casinos could start almost simultaneously. And with similar construction schedules, there seems little to separate the two projects in terms of timing.

The first to market will have an advantage that will likely see the winner garner the greater revenue and the fullest realisation of their development plans. In this Hard Rock has the advantage, of a more powerful brand name – strengthened by the involvement of Rick Nielsen, lead guitarist of the band Cheap Trick and a Rockford native. It also appears, at this juncture, that Hard Rock will be first to market at least with a temporary facility.

The Ho Chunks, however, have some inherent advantages that could offset this. Not least of these is the tax burden that Hard Rock will face.

While owned by the Seminole Tribe of Florida, Hard Rock is operating in Illinois as a commercial entity subject to state taxation. It is estimated that the effective tax rate on a casino generating $200m in GGR would be approximately 23%. For the Ho Chunk development there is no equivalent tax burden.

The local jurisdiction will receive 2% of gaming revenues while the state will receive a currently unspecified amount. It is likely that the overall “tax” burden for the Ho Chunk development will be well under 10% of GGR. This lesser burden will allow the Ho Chunks to finance their development more easily and to compete in the market more effectively. The importance of this race, and the relative strengths and weaknesses of the two projects, is clearly top of mind for backers of the Hard Rock project.

Senator Dave Syverson, representing the Rockford area, and an ardent backer of the project certainly does, saying of the Ho Chunk project: “They are about 10 minutes north and being Indian they pay no taxes, while Rockford Hard Rock will pay at one of the highest levels in the country. That being said, the Hard Rock brand is hard to beat and will be very successful with its key location.”

Publicly, the Ho Chunk Nation has been more circumspect in their comments. They have noted that the addition of the Hard Rock casino in Rockford combined with their development in Beloit will create a “regional powerhouse” of gaming and have suggested that the presence of Hard Rock will encourage them to take a closer look at their building program and phasing.

In addition to a much lower public payments burden, the Ho Chunks also have the advantage of an existing database of players in the market. Twenty miles to the north of Beloit near Madison, the Ho Chunks operate an 1,100 slots-only facility, with an additional five casinos spread throughout the state.

This regional presence impels the Ho Chunks to consider the impacts that the Beloit casino will have on revenues at their other properties in the state. Some of the revenue at their Beloit casino will inevitably be cannibalised from their existing operations.

This is a consideration that is absent for Hard Rock. On the other hand, the development of the Ho Chunk Beloit casino could act as a “buffer” to competitive intrusion from Hard Rock into Ho Chunk’s other core market areas further to the north.

Much now will be determined by the speed at which the Department of the Interior moves to take the Beloit land into trust and approve any amendments to the Ho Chunk compact with the state of Wisconsin. Unless there is an unusual component to the Ho Chunk agreements with the state then that approval could come quickly, setting up a race to develop and compete in this limited market.

Any delay by the IGCB or the Department of the Interior could have significant ramifications.

Winning this race is seen as significant by Hard Rock’s stakeholders, as Senator Syverson states about being first to market: “It would be nice because we don’t want people to get accustomed to going to one location. Some people are creatures of habit. Again, the benefits of the Hard Rock brand name cannot thrive if we are not first to open.”

Regardless, the relatively short time taken for the approval of a commercial casino in Illinois (despite the delay in approvals by the IGCB) is two to three years. The Ho Chunk project, on the other hand, has been under review by the Department of Interior for at least 5 years – it initially filed a Notice of Intent with the Department on the Beloit casino as far back 2012.

This highlights the disadvantage that tribal casino development operates under in comparison to its commercial cousins. That the tribe could now miss out on the full benefit of this market is the cost of this lack of nimbleness.

If a Beloit casino had been in existence two or three years ago it is fair to speculate whether Illinois, or Hard Rock, would have zeroed in on Rockford as a potential casino location.

On another level this represents the success of tribal gaming. Hard Rock International, a world-renowned brand owned by the Seminole Tribe of Florida who, with funds from their tribal casinos in Florida, purchased it in 2007.

Thus, we have the unique situation of one tribe and its successful commercial gaming company competing against another tribe operating under the auspices, some might say limitations, of the Indian Gaming Regulatory Act.

Paul Girvan is chief executive of PKC Gaming & Leisure Consultancy. He has been involved in the US gaming industry since its development beyond Atlantic City and Las Vegas, conducting project-specific and statewide analyses for governments, tribes and commercial casino operators. Girvan has conducted numerous nationwide and state level analyses on igaming and its legislative development. He is also the author of the ICE 365 Tribal Gaming Report.