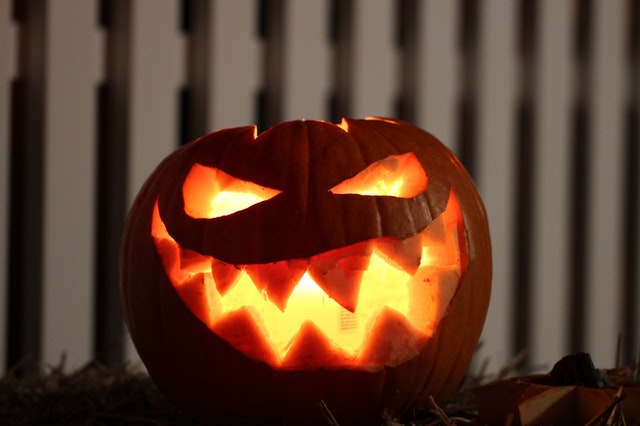 Just two new entries to the top 20 this month. Netent launched Gonzo’s Gold, another high-variance sequel to Gonzo’s Quest, which means that the adventurer has now conquered three spots in the charts. Veni, vidi, volatiliti. Gates of Olympus (Pragmatic Play) was the only other new arrival and so below the top two spots, it was a month of jostling and reshuffling. All heads had been turned (or rolled perhaps) towards the ghoul of the month.

The Halloween charts were indeed a little more startling with a raft of new games plus some less familiar studios to treat us all. Of the 14,000 slot games live on operator sites, around 600 have a horror or scary theme. Each year approx. 60 new creepy titles are released, half during September or October. You may remember that Valentine’s Day was another peak period for creepy content too…

A handful of studios stand out as prolific producers of high-performing Halloween titles and our witch hats go off to Play’n GO, Evoplay and Betsoft Gaming in particular. Play’n Go even launched five frighteners in the last six months. As you’d expect, Netent, Pragmatic Play and Playtech cover the genre well but a handful of smaller studios such as Booming Games, Elk Studios and Thunderkick over-index in the Halloween stakes.

We have listed below the top 20 Halloween performers and to ensure a bit of variety we have limited the list to just the top performing title per studio. Performance is based on game distribution across 1,100 operator sites. Note that some titles such as Legacy Of Dead were (arguably) excluded for not being Halloween-ish enough.

Immortal Romance (Microgaming) is the only spooky title to make it into the overall games top 20 and so takes Vlad’s crown this year.

As for Halloween titles released this year, many made it into the overall Halloween charts above but the top 10 best new shockers of 2021 (again with a max of one per studio) are as follows:

The top three aggregators SoftSwiss, Salsa and Groove all continued to plug in new content and so no shocks in the rolling six-month chart. Boo!

***The games chart here excludes live games and table games. Game rankings are determined by the number of game appearances on the casino homepages of more than 1,000 casino sites. To access many other charts including game rankings, live and table games, positions on subpages or to filter by operator type and size, ask for our demo from our partner, egamingmonitor.com, which covers 32,000 games, 1,200 suppliers and 1,000 operators.