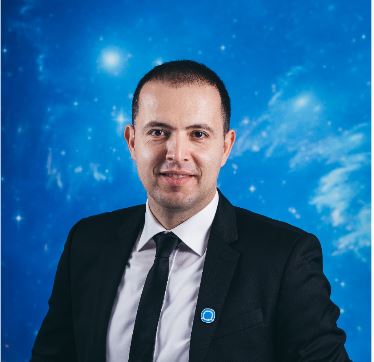 Dario Jurčić is the co-CEO of NSoft, appointed in May 2020 having previously served as chief business officer. He's an experienced IT manager and has worked in the banking sector for many years prior to NSoft.

As the novel coronavirus (Covid-19) pandemic hit betting operators across the globe, NSoft made efforts to help its customers however it could.

Much of that effort concerned ways of getting retail operators online, or creating betting offerings to make up for the lack of live sports.

But it also included paying attention to the smaller details of how betting and gaming might change in the post-Covid-19 world.

“An interesting thing that we did for retail bookmakers that are opening up again is that we actually paid attention to the configuration of the machines so that even people with latex gloves can use them,” NSoft co-CEO Dario Jurčić says. “That’s something we had in mind, to partner with providers who can offer something like that.”

That was just one aspect of a detailed course of action that has allowed NSoft’s operator clients to keep running as smoothly as possible during an unprecedented time of crisis.

“We created a relief package, offering free-of-charge virtual games for our online customers in April and May for all of our customers, existing customers and new customers. This was something that was really well-received and it helped to expand our business.”

A plan in place

The ability to react to the pandemic in such a way was mostly due to preparation long before it hit, which allowed the effects of the virus on NSoft to be much more manageable without the need for layoffs.

“We had strong procedures and processes in place, especially because Sportradar are a major stakeholder in the company,” Jurčić added “We had to have strict rules regarding business continuity, so once the crisis hit, even though we suffered a significant revenue drop, we did not lay people off and we can still endure this crisis without further investment or bailouts.

“Hopefully the crisis will soon come to an end but we’re prepared for it to last even longer if that’s what happens.”

Although the business was traditionally retail-focused, a careful diversification strategy – including the launch of Seven, its online gaming management system, in 2016 – ended up paying dividends

“Traditionally we were a retail company and the majority of our business had been growing in retail,” Jurčić says. “But a couple of years back we realised we needed to diversify our portfolio.

“We added new products alongside the virtual sports and virtual draw-based games like we usually did, that was one part of the strategy to granulate our dependencies on specific verticals. Then we partnered with Sportradar and introduced a sportsbook and our online Seven platform.”

As the initial wave of the virus in Asia, Europe and North America dies down, many different opinions exist on what the future looks like – in gaming and beyond. Jurčić, however, is optimistic about the return of sports betting, but cautious about the long-term effects.

“I think, with the re-emergence of sports in Germany, other countries will follow and in due time, the markets will return sooner rather than later,” Jurčić explained. “But it will take time for companies to recover, especially those who laid off employees. And one month of no business at all isn’t just going to impact the next 12 months but perhaps 24 months ahead.

“So the industry will bounce back soon, there’ll be a good amount of sports offerings around, but many companies will recover more slowly than expected because of the impact across the world and every other industry that will start a chain reaction.”

Ultimately, he said, the virus might further the trend of consolidation in the industry, as well as finally being the catalyst for a new wave of digitisation.

“I think that further down the road, mergers and acquisitions are going to happen,” he continued. “I think we’ll see the disappearance of a lot of smaller operators who won’t be able to withstand the impact of what happened.

“I think that also investment in digital, including investment in digital content to attract players, will be stronger than ever. The number of players who play online will remain high because every punter has had to try online and now that they’re used to it, many will stick to it.

“I think that this virus has done more than digitisation of the world than all the previous digitization efforts. People had to realise how important being online is.”