For many businesses, a pivot from a mixed B2C and B2B model to an entirely B2B focus could appear a cumbersome task, with a great deal of restructuring and reorganisation involved. Ben Clemes, CCO at GiG talks through their transition 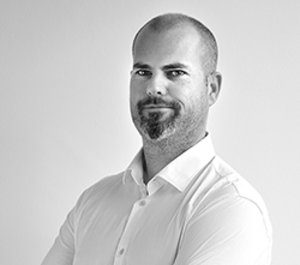 Ben oversees the commercial team, with responsibility for commercial agreements with our various suppliers and pricing models for GiG’s ever expanding product range. His background is casino management, including MGM in Las Vegas, and head of casino operations for Nordic Gaming Group. Ben joined GiG in 2013, as head of casino operations and co-founder of Guts, and progressed to managing director of iGaming Cloud (a vertical in GiG now called GiG Core) in 2016, and was announced as CCO in late 2017.

For many businesses, a pivot from a mixed B2C and B2B model to an entirely B2B focus could appear a cumbersome task, with a great deal of restructuring and reorganisation involved.

For Gaming Innovation Group (GiG), however, it has been a smooth transition.

“We really haven’t had to make many changes from an organisational point of view,” Ben Clemes, chief commercial officer at GiG says. “We’ve always been set up in three primary divisions, which would be the platform services – including managed services – and then B2C operations and our media agency services.

“They’re all quite decentralised. So based off of that structure, the changes have been minor from an organisational point of view. We’ve always been decentralised in roles and functionalities within the organisation.”

The new structure – Clemes says – instead allows GiG to focus more than ever on the goal it has always had: end-to-end customer delivery.

“The focus at GiG has always been on end-to-end customer delivery and I think this is reinforced even more now that we’re a full B2B organisation,” Clemes continues. “Now everyone here is focused on B2B rather than any roles that sat between B2C and B2B. Everybody’s excited about having a clearer focus for the group.”

The ease of this transition stands out even more when one remembers that a little over five years ago, GiG was an entirely B2C-focused business.

“We launched as a purely B2C brand with Guts.com, but we wanted to own our own technology and way forward so we decided to build our own platform in 2014 and we built what is now GiG core in-house from the first line of code,” Clemes says. “That was the first real development towards where we are today.”

From there the business stretched out, into both media and new technology to strengthen its offering to partners.

“The next development along the way was when we started focusing more on the media side of things. We did a lot of mergers and acquisitions over the years and now we’re one of the largest media partners in the Nordics.

“Our media agency side of the business compliments our platform solution, allowing operators to have peace of mind that they don't have to have services such as SEO, affiliation and CRM in place from the start. We can offer this to them under our managed services.

“And then over the years we’ve also diversified into building other products in house such as GiG Sports, GiG Comply – our marketing compliance platform – and GiG data, which is essentially a real-time data platform.”

To build and rebuild

Continued building and rebuilding has been a core theme of the years spent building its B2B product, with each new piece of technology intended to function both on its own and together with the rest of GiG’s offering.

“We’ve always had the vision that we will continue to rebuild and rebuild,”Clemes said. “At ICE this year we launched GiG Data, our real-time data platform and GiG Logic, our igaming logic engine, which allows operators to build real-time rules without the need for code. Both of these compliment each other in delivering a real-time data solution that enhances business intelligence and sustainability.

Although these products give a major boost to GiG’s offering right as the business moves to a purely B2B focus, Clemes said that was good fortune more than a deliberate decision. With many products taking as much as 18 months to design, the plans for GiG Data and GiG Logic were conceived of before any idea to sell GiG’s B2C arm was hatched.

“Both of those have been in development for quite some time,” Clemes says. They’re also both part of our strategy to have an agnostic product offering. Before, everything was quite tightly coupled but now data and logic are completely agnostic.”

That feature has been a conscious choice on GiG’s part, and one Clemes says allows operators to perfectly tweak their product to best suit their target audience, brand or the regulatory situation in a given market.

“The strategy going forward is that we want to be as agnostic as possible,” Clemes continues. “We realise now that markets around the world are opening up with regulation, which is super exciting for us as the retail people who want to go online are the market we’re targeting.

“Essentially the approach we’ve taken is that all of these products can be taken together as one or sold agnostically from one another. Essentially we wanted to make it so that you don’t have to be a core customer to take advantage of our data, for example.

“The agnostic approach is allowing us to enter new markets without forcing partners to take the standardised offering.”

Clemes says the smooth transition means GiG will continue to work in the same way it always has: by identifying a need and working to solve it.

“Going forward, we always want to keep being innovative and ensure we’re developing products people need,” he says. “GiG Comply came out of ensuring that advertising is compliant and that your marketing partners are complying to ASA standards. We’re investing a lot into GiG cloud, our own cloud hosting system, too, which will not only reduce operational costs but also increase performance.”

“So as we continue to evolve, we’ll enhance the products that we have, making them better.

Overall, most of that’s a strategy that’s always been in place.  It’s just going to be even more important in the future.”