As novel coronavirus (Covid-19) swept the globe and lockdowns followed, concerns were raised over a potential “boom” in online casino. But to what extent has play in the vertical actually grown, and is it sustainable or does it represent a growth in higher-risk behaviour? 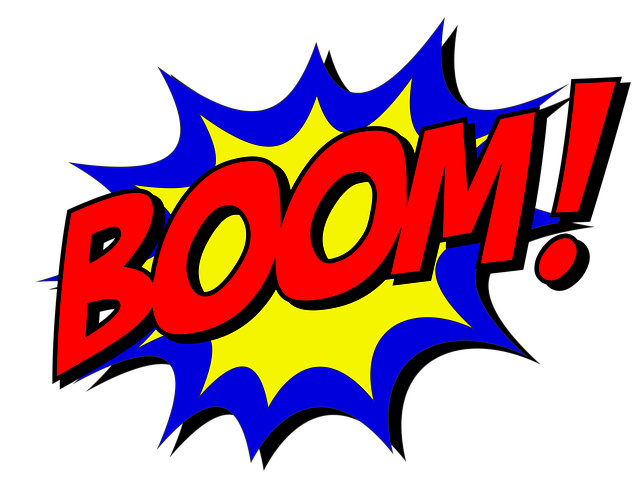 As novel coronavirus (Covid-19) swept the globe and lockdowns followed, concerns were raised over a potential “boom” in online casino. But to what extent has play in the vertical actually grown, and is it sustainable or does it represent a growth in higher-risk behaviour? By Daniel O’Boyle

As countries around the world went into lockdown to limit the spread of novel coronavirus (Covid-19), it did not take long for concerns to be raised over the potential for an uptick in online gambling.

Many industry critics quickly repurposed their pre-pandemic arguments to double down on calls for new controls on operators.

The general argument went that people cooped up at home all day, with most forms of entertainment no longer available, not to mention the threat of financial hardship, could turn to online casino both as a diversion and in some cases a way to make money.

The UK’s All Party Parliamentary Group for Gambling Related Harm, for example, wrote to the Betting and Gaming Council over their fears of an explosion in online casino play, demanding a £50 daily gambling limit be imposed on all players.

“As our daily life becomes increasingly restricted and bars, pubs and entertainment venues close, many millions of people will now be at home with time on their hands,” the group wrote. “Many will turn to the mini casino on their mobile phone for entertainment.

“Some of these will never have considered online gambling before; others will have spent years trying to avoid it.”

But has online casino really had a boom? If so, where is it coming from and is it a cause for concern with regards to responsible gambling?

Across the industry, levels of growth in online casino vary greatly, with some pointing to evidence of growth, and others seeing much more modest returns.

Flutter Entertainment, in its last set of quarterly results before its merger with the Stars Group, broke down its yearly comparisons before and after 15 March, the last week in which live sports were widespread. This, it said, represented the “pre-disruption period”.

In what might then be considered the “disruption period”, online gaming revenue increased by 15% year-on-year for the UK-facing Paddy Power Betfair business.

Gaming revenue tripled year-on-year for its US business FanDuel in the United States, though Flutter noted that this was primarily due to the growth of its footprint and online casino in the past year.

Flutter’s new merger partner The Stars Group, meanwhile, saw an even more notable rise in revenue for its international division, largely made up of the flagship Pokerstars brand, and from poker rather than slots or table games. Revenue was up 44% year-on-year in March.

The operator said the increase “more than mitigated” the loss of revenue from sports betting, suggesting that the rise in play is from more than sports bettors looking for a new way to play. That growth became even more pronounced in the first half of April, during which revenue of the international segment grew 75% year-on-year.

On a global level, while it didn’t break down online gaming win by vertical, H2 Gambling Capital’s analysis of projected gross gaming win for 2020 shows that online gambling revenue may have risen rapidly as a percentage of overall revenue.

While this is hardly a surprise given the decline of land-based and retail sectors, gross win increased by just 1.0% in absolute numbers to $62.96bn (£50.21bn). However, given the collapse of sports betting, this could infer a notable rise in online casino play.

Fintan Costello, chief executive of affiliate marketing business Bonus Finder, says that there has been a major rise in searches for online casino in the US. He expects that this pattern was replicated around the world.

On the other hand, Richard Skelhorn, founder of operator BGO and affiliate Atemi, claims BGO has seen only an 8% growth in revenue and 4% growth in deposits. This increase is far from a “boom”, he says.

“[BGO] is fortunate not to be reliant on a sports betting channel and so is net benefiting from the ‘lockdown’, but no more than it would if it had rained frequently in March and we had one or two high-margin days,” Skelhorn wrote in a blog post.

“We can see a big decline in sports betting, but this is not replaced by a rise in other verticals such as casino,” Nylander explains.

“We can see small movements from sports betting to other verticals. In the verticals where we can see a small growth, the players are a mix of some completely new customers and some sports bettors.”

This, however, goes against Swedish regulator Spelinspektionen’s impression.

“When comparing March 2019 to March 2020 there are very early indications that the turnover for operators with license for online casino has increased,” director general Camilla Rosenberg told iGB.

“These are very early indications and it is a little early to say really. We are awaiting figures for April 2020 to learn more.”

Who’s playing?
When examining the types of players responsible for any increase in online casino activity, Costello says he believes a form of substitution is at play.

This replacement isn’t from the cross-selling of sports bettors, however, but rather comes from land-based players, looking to play online versions of their favourite games.

“As everyone knows from years of trying to cross-sell sportsbook customers to casino, only a small percentage of sports bettors will have moved to online casino with the closure,” Costello says.

“We are probably seeing the impact of land-based closures encouraging people to try online. So basically, an acceleration of an existing trend.”

Nylander, meanwhile, notes that while any rise in online casino activity with Svenska Spel was small, the type of players involved suggested that fears the pandemic would be followed by a boom in online gambling may be unfounded.

“The most interesting finding is that new players in the verticals with a small rise are low-risk players,” she says.

Meanwhile in terms of games, Nylander adds that poker has been among the most popular, echoing the data from the Stars Group’s results.

Temporary regulation, or here to stay?
Despite this, Sweden has proved to be one of the toughest countries in terms of restrictions intended to curb levels of problem gambling during the lockdown.

Minister for Health and Social Affairs Ardalan Shekarabi has proposed a SEK5,000 (£401) mandatory weekly deposit limit and a SEK100 cap on bonus offers from 1 June until the end of 2020.

The industry reaction has been swift and loud, with operator association Branscheforenigen for Onlinespel (BOS) launching a petition against the measure. It has now been signed by 12 operators’ CEOs, whose businesses account for around half of all revenue generated in the licensed market.

“It is crucial for the success of the licensing system and the safeguarding of costumer protection that Mr Shekarabi withdraws his additional measures towards the locally licensed operators,” BOS secretary general Gustaf Hoffstedt said.

Sweden is not alone, however.

Latvia was the strictest of all countries, opting to ban online gambling entirely. The measure was part of an initially ambiguous bill prompting the country’s regulator to obtain legal advice before ruling that all online operations must cease while the country is in a state of emergency.

This led to an outcry from local operators such as Enlabs, which claim the shutdown will push players to unlicensed sites, putting them at far greater risk of harm.

Portugal’s parliament, meanwhile, passed a bill earlier demanding that the government takes some sort of action to restrict online gambling during the pandemic.

In Spain, strict advertising measures were put in place – part of an overhaul of marketing regulations planned before the virus hit – in order to limit gambling advertising during the pandemic. Bonuses are banned, and operators restricted to advertising between 1am and 5am.

In Great Britain, meanwhile, operators ceased all audiovisual advertising from 7 May, despite the BGC flatly denying any hike in online play.

“We have been working closely with our member companies since this crisis began to monitor the impact of betting and gaming,” Betting and Gaming Council CEO Michael Dugher said at the time.

“There hasn’t been an explosion in people betting online as some had predicted – in fact, the opposite is true with total revenue down by up to 60%.

“Overall gambling levels have also fallen significantly as a result of betting shops and casinos closing and the suspension of live sport.

“And while advertising levels on sports and casino are also down, again contrary to some assertions, we recognise that removing product advertising will act as a further safeguard during Covid-19.”

He said that “alarmist noises” from “anti-gambling prohibitionists who just want to grab headlines” were to be expected. However, it was instead a “serious, constructive and evidence-led approach” that had prompted the decision.

So when the virus is finally completely in the past, and Zoom meetings and social distancing are no more, what will the state of online casino be?

Will it be buoyed by new players or those switching verticals eventually becoming long-term players? Will it snap back to pre-Covid levels as if nothing has changed?

Nylander notes that the post-Covid 19 era may be characterised by economic catastrophe (and presumably a sustained downturn in discretionary leisure spend) rather than a return to normal. In this case, she added, casino isn’t likely to emerge from the crisis significantly better than where it started.

“We are always aware of the fact that the situation can change, not least in the long term, due to increased unemployment and economic instability,” she says.

“However, experience from earlier financial crises indicates that it is often verticals with low stakes and high profits, for example lottery, rather than casino, that increase most in those times.”

Costello, meanwhile, says he believes the level of play in online casino might fall to lower levels than before the outbreak, as it competes with other entertainment options that have been missed.

“I’d expect online play to crash dramatically to much lower than historical levels,” he says. “Everyone will be very keen to get outside, go for a meal and all the other forms of entertainment currently being denied to them. I know I will.”

In the long term, he warns, the most lasting impact of any lockdown-induced boom might be regulations that could stick around for longer than the issues they were meant to cure.

“I’d hope that regulation will return to pre-lockdown levels,” Costello says. “However, in my experience ‘temporary’ measures have a tendency to become permanent.”

Image by Andrew Martin from Pixabay