In many ways esports follows traditional sports as it looks to break into mainstream entertainment. But when it comes to the potential for data analysis, it is light years ahead of football or baseball, writes Dr Darina Goldin. 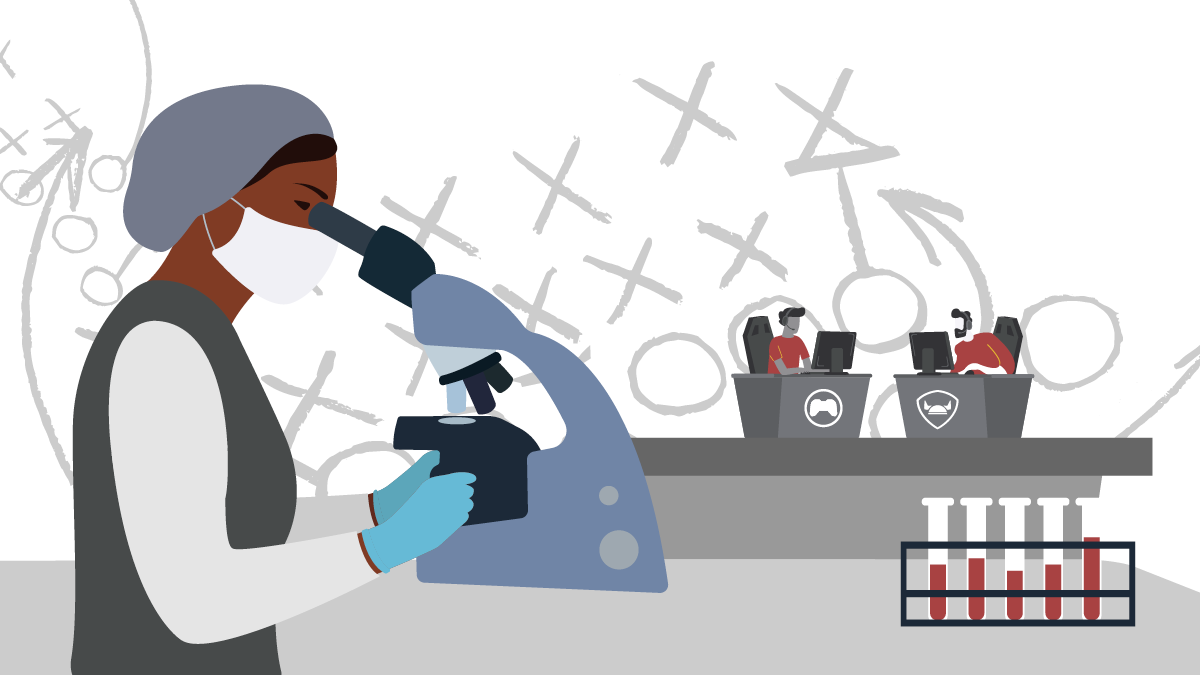 Who’s the best League of Legends support player? And why? Fans will argue about this for hours, but the truth is, we cannot really know.

There currently isn’t a data-driven way to evaluate player performance in esports. Instead, the narrative is often driven by a handful of analysts and then the public perception on Twitter or Reddit – and we all know how scientific that is.

And yet correctly evaluating player skill is tremendously important. For one, there is real money attached to this – how valuable you are to a team determines the salary you can negotiate. Then there are the questions of individual skill, adaptability and team success; is a player performing well only in their current team constellation or will they be a star performer in any team?

And, of course, the entertainment value of discussing pros and cons of players is only raised if you can base it on tangible values.

There’s a reason why some people love baseball and that’s because, as we all learned from Moneyball, it comes loaded with statistics. The same kind of statistics that we have for our esports players – so we should use them.

In this regard esports is not far behind traditional sports either. From NFL to NBA, clubs have also only recently started employing their own analyst teams. Premier League player Kevin De Bruyne famously used data scientists to show that he is “significantly underpaid” just a year ago.

And while research into player evaluation exists, it is still scarce. It certainly cannot provide answers for who the best midfielder in the world is, or how a national team combined of 11 different athletes will perform.

Esports is at the forefront of data analysis

As esports enthusiasts, we often look to traditional sports for guidance, but in this case we should be at the forefront of the research and not vice versa. Because, unlike our colleagues, we actually have the data!

In order to do any kind of traditional sports analysis, you first have to either painstakingly write down each time someone touches the ball, have players wear some kind of measuring equipment, or apply complex video parsing in order to  get the data.

Esports, on the other hand, IS data.

Since the matches are happening on a server, every single action taken is recorded by default. The officially licensed data that Riot provides via Bayes Esports Solutions, for instance, contains player positions, item buys and attacks launched – more or less the complete game state – at a very high temporal resolution.

It’s also possible to obtain mouse and keyboard movements, something widely used to distinguish cheaters, but in this case to actually measure player reaction times and concentration.

The fact that players have certain assigned roles further simplifies the situation. You can tell the AWPer in CS:GO by the fact that they have the AWP, and the jungler in LoL will be labelled as such in the data.

Where a lot of traditional sports research first focuses on automatically determining the role of the player, we can jump straight into figuring out what it means that a player is good.

Of course, this would not be an article about esports if I didn’t mention patches at least once. Yes, patches exist and will hinder this type of research just as much as anything else regarding esports machine learning. When it comes to high-level decision-making and team play, dealing with patches will certainly be a nuisance. That bridge needs to be crossed when we come to it.

Right now we barely have any statistics about players that go beyond what is provided by the game. And adapting to patches is a skill in itself, so measuring player performance between patches is something we could and should be doing too.

Given the richness and the depth of data available, there is simply no reason why esports should not be at the forefront of research about team composition and performance. It should be traditional sports looking to us for guidance, not the other way round.

Dr Darina Goldin is the director of data science at Bayes Esports. She started playing competitive Team Fortress 2 in grad school. While no longer an active gamer, she is still an avid esports fan. At Bayes, she has created numerous predictive models for Counter Strike, Dota2 and League of Legends. When not crunching numbers, you can find her at the gym training Brazilian Jiu Jitsu.