Betsson matched its full-year revenue record in 2021, despite the operator experiencing year-on-year declines in a “challenging” fourth quarter. 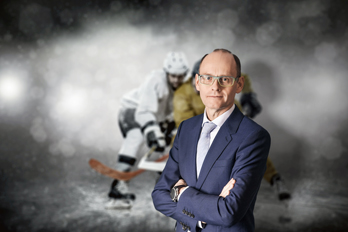 Casino remained Betsson’s primary source of income, with revenue from the vertical amounting to SEK4.84bn. Sportsbook revenue reached SEK1.75bn, while other revenue from products including poker and bingo came to SEK85.4m.

Betsson’s operations in the Central and Eastern Europe and Africa region contributed the most revenue during the year, with the SEK2.15bn recorded just ahead of SEK2.11bn from the Nordics.

This growth was aided by a number of acquisitions. In April Betsson purchased a 50% stake in JDP Tech, a software development business that owns a proprietary technology platform for handling payments in Latin America.

That month Betsson also acquired a 35% stake in TG Lab’s Strive Platform, in a strategic venture aimed at supporting its expansion plans in the North American market, while in August it purchased 28% of Canadian start-up Slapshot Media Inc.

Growth was also driven by the operator’s expansion into new markets, having in March secured an online sports betting licence from the Regional Council of Darmstadt, granting it access to the German market.

Betsson also expanded into a number of other territories. It secured a licence in Greece, went live in Mexico through a partnership with local land-based operator Big Bola Casinos and launched its Europebet brand in Belarus.

This was followed by its launch in Argentina after the year-end.

However, this expansion was offset by its withdrawal from the Dutch market. It was one of the high-profile names to announce it would cease operating in the Netherlands, ahead of the country’s igaming market opening on 1 October.

“For Betsson, 2021 ended up a record year in terms of revenue and a result that matches the record result from 2018,” Betsson chief executive Pontus Lindwall said.

“In 2021, Betsson’s offering has been launched in several new markets, the company has made several strategic acquisitions, developed its offering, and implemented adaptations in response to regulatory changes.”

Looking at costs for the year and operating expenses grew 5.0% to SEK3.12bn, though financial expenses remained level at SEK56.8m. This meant pre-tax profit increased 6.4% to SEK1.14bn, while earnings before interest, tax, depreciation and amortisation (EBTIDA) was 5.1% higher at SEK1.56bn.

The year ended on what Lindwall and Betsson described as a “challenging” fourth quarter. For the three months to 31 December, group revenue was down 9.5% year-on-year to SEK1.59bn, partly due to a low sportsbook margin in October, unfavourable football results and the Dutch withdrawal.

Casino revenue declined 9.2% to SEK1.17bn in Q4, while sportsbook revenue slipped 11.4% to SEK406.7m, the lowest quarterly total for a number of years. However, other revenue from products such as poker and bingo climbed 15.2% to SEK22.8m.

“2021 was another year where we could see the importance of a strong global and diversified product portfolio featuring local expertise and strong brands,” Lindwall said. “The year 2022 will entail continued investments both in technology and the existing product portfolio.

Incidentally, Lindwall had been expected to leave the business late last year, but the board reversed its earlier decision. Lindwall announced his exit in September with Betsson at the time saying he had “completed” his goals in the role.

However, due to his handling of Lindwall’s exit, former chair Patrick Svensk then announced his resignation after a no-confidence vote.