The live casino sector has grown rapidly in recent years, but its success has largely been dominated by one brand. Is there room for more competition in the space? 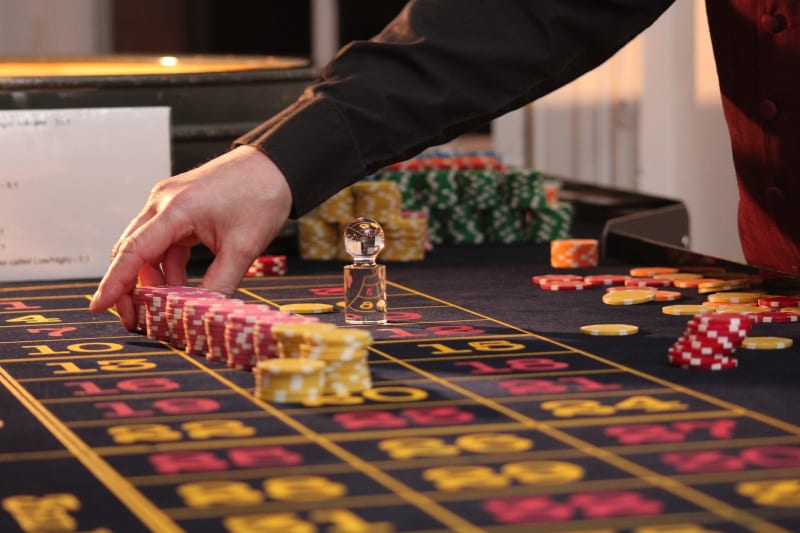 With most of the world locked down and casinos across the globe closed, many players became much more familiar with a few live casino tables.

For less experienced players, the variety of live casino games on offer across different operators may appear to suggest a good level of healthy competition.

But those in the industry would be easily able to recognise the similarities between many of the games, with the vast majority of these tables located in Evolution’s Latvia studio.

Indeed, the rise of live casino both before and during the pandemic has largely been intertwined with the rise of Evolution among the industry’s top suppliers.

In 2020 and 2021, Evolution took steps to be associated with more than live casino, acquiring slot studio NetEnt and Megaways pioneer Big Time Gaming. But at the same time, rival studios have made efforts to try to ensure operators and players associate live casino with more than Evolution.

Market share
Evolution’s exact share of the global live casino market can be hard to calculate, but there is no doubt that the business’ market share overwhelms the competition. According to the UK’s Competition and Markets Authority (CMA), the supplier’s share of the live casino market in the country fell between 50% and 60% when its merger with NetEnt was approved.

H2 Gambling Capital estimates that the true live casino market – comprising only games with actual live tables, rather than including “hybrid” live dealer games with results determined by RNGs – was estimated to bring in almost exactly €5bn in gross gaming revenue in 2020, up 11.6% year-on-year.

While Evolution’s share of the market in other territories may differ, revenue from its live games no doubt falls in the billions, helping the business bring in more than €500m in 2020 even before NetEnt’s contribution.

To the extent that there is a rival to Evolution in live casino, it tends to be Playtech: a business that doesn’t fit the typical “challenger” role. The CMA estimated that the tech giant that means the market leader in many verticals made up almost all of the remaining 40% to 50% of the market at the time of the NetEnt deal.

That leaves true challengers with only a small slice of the pie.

The personal touch
Among those hoping to break the stranglehold on the market is Vivo Gaming.

With market share hard to win in long-established jurisdictions such as Great Britain, newer markets represent more of an opportunity for Vivo, which has studios in Bulgaria, Uruguay, Georgia and the Philippines, as well as offering live play at tables in real land-based casinos.

Like many challengers to more established brands, Nadine Thys – head of account management at Vivo – says the supplier has focused on its smaller status as a selling point, arguing it offers a personal touch.

“We talk about having the personal touch,” she says. “As we’re not one of the major, biggest competitors in terms of scale, we can be a lot more flexible.

“We find that one-size-fits all doesn’t apply anymore.”

While there are few genuine challengers to the live casino market leaders right now, Thys says challenger brands aren’t the only ones who want to see a more competitive market. Instead, she says operators are always hoping to offer a wider range of suppliers, pointing to the greater diversity of offerings available in the RNG space.

“They’re always hungry,” she says. “Obviously you have the big competitors and the smaller challengers coming along, and we find that operators always like to have the diversity of options.

“The number of live providers, especially in regulated markets, is only a small fraction of the number of RNG providers. Operators have hundreds of RNG providers on their sites and they want the same kind of options when it comes to live games. They’re always looking to add diversity of providers. We’re not really concerned about sharing space with other live casino suppliers. It’s just something that will happen.”

But if a supplier has to share space at an operator, that means it’s down to the player to make the decision to select a less familiar game. Thys says she has no worries about that, however.

“That’s how people are,” Thys says. “They say ‘Oh look! Something new, something shiny, something different.’ Of course it helps if operators present our content near the top, but we’ve noticed that once players have tried Vivo, they tend to come back.”

While some suppliers such as Vivo boast the live specialist tag that initially helped Evolution take the top spot in the space, others with a history in other verticals are also hoping to make moves in the growing sector.

RNG experience
While a devotion to live casino may be the tried-and-tested approach, for Lena Yasir, vice president of Pragmatic Play, says her business has had the opportunity to combine areas it has long considered a strength – such as personalisation – with the live experience.

“We’re able to use our position and experience to approach challenges in unique ways,” she says. “While everyone will approach hurdles differently, we’re able to lean on our strengths to create positive outcomes.

“We’ve found success in creating personalised or unique studios, and this is something we’re looking to further with our Chroma technology, where we can give operators the chance to brand a single table without building a whole new studio or environment.

“In other words, the provider can customise a table virtually, using 3D backgrounds and special effects.

In addition, a supplier that has experience with RNG games gets to hold the position of a challenger brand in the live casino space, yet has access to the resources of a much more established business.

“We’re able to use our scope and size to put effort into our product development and it means that we can overcome challenges that maybe are more sizeable to challenger brands,” Yasir adds.

Exactly what kind of share of the market challenger brands may be able to achieve is still up for debate, but with the sector still rapidly growing – H2 estimates the true live casino market to generate GGR of €7.31bn by 2026 – even a small cut may soon mean a serious amount of revenue.

“It’s the closest thing to a land-based casino without actually going to one, and that’s really important for a lot of players,” Thys says. “They can do it alone, in their pyjamas, they can do it on holiday or commuting. The ease of availability is really clear.”