Now in its third year, the iGB Most Influential Women list aims to celebrate the highest achieving women in our industry. Here we reveal who has made this year’s cut. By Joanne Christie 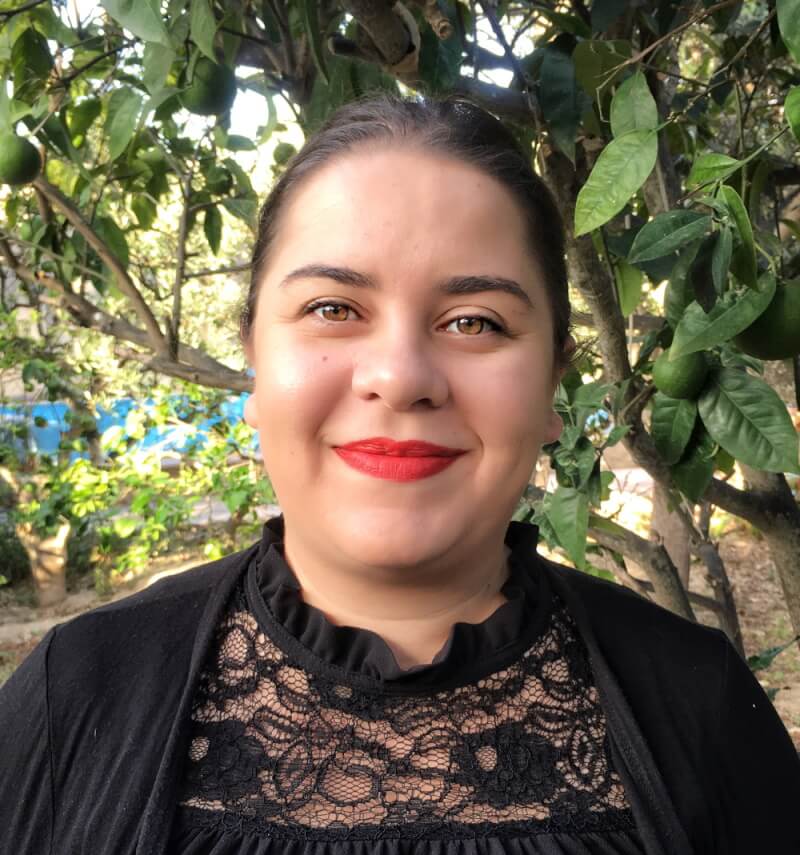 Before the arrival of the novel coronavirus (Covid-19) pandemic, it would have been fair to say that overall, gender diversity in the workplace was improving. Admittedly, the pace of change was much slower than many would have liked, but the direction of travel was generally positive.

And in the gambling industry more specifically, there have been some encouraging developments over the past year. For one, IGT was one of 325 global companies that this year made it onto Bloomberg’s Gender-Equality Index, which ranks companies across five areas: female leadership and talent pipeline, equal pay and gender pay parity, inclusive culture, sexual harassment policies and pro-women brand.

And though UK firms did not have to report gender pay gap figures this year due to Covid-19, by and large gambling operators did so anyway, although the results were somewhat mixed.

Ladbrokes, for example, reported an increase in the percentage of women in the highest-paid quarter of jobs at the company (to 45.7%, from 44.8% the previous year) and a decrease in the bonus pay gap, with women earning 88p for each £1 of men’s bonus pay, up from 85p. However, the average hourly gender pay gap increased, with women earning only 98p for each £1 that men earned, against parity the previous year.

At William Hill, the percentage of women occupying the highest-paid jobs rose to 40.9%, against 40.2% in 2018, while the average hourly gender pay gap stayed the same, with women making 94p for each £1 earned by men in both years. The bonus pay gap widened, however, with women earning only 76p for each £1 men received in bonus pay in 2019, down from 78p the previous year.

Rank saw an improvement in the average hourly gender pay gap (women earned 85p, up from 81p in 2018, for each £1 men earned), but witnessed a deterioration in both the bonus pay gap and the percentage of women in the top quarter of earnings. The former increased to a huge 54p gap between men and women’s bonus pay and the latter fell to 25%, from 30.8% the previous year.

Kindred’s performance worsened on all three metrics for 2019. However, the operator acknowledged this in an accompanying report and indicated it expected the trend to reverse. “Our ambition to achieve gender parity at senior leadership levels by 2023 has had an adverse impact on our gender pay gap in the short to medium term. We are growing our female talent pipeline at junior and middle management layers so that we can develop and promote women into senior leadership positions,” it stated.

Given the disjointed progress, it seems reasonable to conclude that the advances being made in the industry are incremental at best. It’s worth pointing out, however, that the gambling industry is not an outlier in this regard. In a report published in July, McKinsey Global Institute pointed out that “in the aggregate, progress toward equality in work and society has stayed relatively flat in the five years between 2014 and 2019.”

That study went on to warn that the pandemic had the potential to have a “regressive effect” on gender equality, estimating that globally female job-loss rates due to Covid-19 were about 1.8 times higher than those of males.

Some of the job losses will undoubtedly be due to a higher number of females being employed in those sectors more likely to be impacted by the pandemic, but many will also be the result of the increased pressure on those with children.

The sudden shift to homeworking and the shutdown of schools and childcare options has placed huge burdens on families, with the bulk of the pressure being felt by women.

A study of almost 5,000 parents in opposite-gender two-parent households carried out in April and May for the Institute for Fiscal Studies (IFS) in the UK found that mothers were one-and-a-half times more likely than fathers to have lost their job or quit since the pandemic began.

Of those who had kept working, mothers were taking on much more of the additional childcare than men.

The Women in the Workplace 2020 report, published in September by McKinsey & Co and Lean In, noted a similar trend, finding that mothers were three times more likely than fathers to be responsible for most of the housework and caregiving.

It also noted that the challenges this had created were driving some women towards drastic changes: “One in four women are contemplating what many would have considered unthinkable less than a year ago: downshifting their careers or leaving the workforce.”

More worryingly, it found that those in senior roles were becoming especially burned out and were one-and-a-half times more likely than men in similar roles to be considering downshifting or leaving the workforce.

This is of particular concern as women have long been under-represented in senior roles. In this regard, however, the progress made since 2015 has been more noticeable than at other levels.

The authors noted that companies with a high level of female leaders were more likely to outperform their competitors, so companies needed to take steps to retain these employees.

But beyond the commercial advantages, they said these women typically also influenced the broader culture of an organisation.

“They are more likely than senior-level men to embrace employee-friendly policies and programmes and to champion racial and gender diversity: over 50% of senior-level women say they consistently take a public stand for gender and racial equity at work, compared to roughly 40% of senior-level men. And they’re more likely to mentor and sponsor other women,” the report stated. “If women leaders leave the workforce, women at all levels could lose their most powerful allies and champions.”

Shouting about the successes

With such stark warnings about the future for women in the workplace, it’s more important than ever to highlight those women who’ve made it to the top of the igaming industry.

In 2018 we launched the Most Influential Women survey to shine a light on those women who were making a significant contribution.

The initiative has gone from strength to strength since then, attracting an increasing number of nominations from the industry each year – this time around we had almost three times more entries than last year.

A number of nominees fitted into more than one category, and the judging panel took all of these factors into account when whittling the many entries down to the top 10 and the five runners-up.

Here are the first two of our 10 Most Influential Women 2020, listed in alphabetical order. The remainder will be published in Part 2 and Part 3.

If there’s one person who could be said to have laid the foundations for today’s responsible gambling push, it’s Maris Catania. Joining Kindred (then Unibet) after finishing her psychology degree back in 2009, Catania set about changing the way the company viewed harm minimisation.

She also went to great lengths to change the wider industry’s attitude to the topic and has long been a regular speaker on the conference circuit, though in her early years she did not always find receptive audiences. “I used to get a lot of different claims, with people saying you are ruining the businesses,” she recalls.

Catania was the driving force behind Kindred’s ground-breaking Player Safety Early Detection System (PS-EDS), which industry insiders say has stopped “thousands of players from becoming addicted” by making sure they are “caught early so they don’t progress to the addiction stage, thus allowing them to truly learn how to gamble responsibly”.

As the industry has caught up on RG, Catania has been the recipient of much praise and many accolades for her efforts, which she says have left her “flattered and quite proud of what I’ve achieved so far”.

But she adds: “I still feel that it is never enough. A lot of my colleagues joke that I am an insomniac as I am constantly answering emails, but this area is something we constantly need to learn more about. I will never be happy and feel able to say we have done enough.”

In that vein, she’s now working on a new version of PS-EDS. “I am quite proud of that because it translates the DSM-5 criteria – the same diagnostic criteria that psychiatrists and psychologists use – and the system will go from around five indicators to around 20 indicators.”

Asked for advice on succeeding in the face of opposition, Catania says: “As corny as it sounds, just be yourself and be hard-headed. If you believe in it, just keep pushing.”

When NetEnt snapped up Red Tiger, CEO Therese Hillman was praised for recognising that a shift in strategy was needed at the content giant. But she wasn’t the only woman with a hand in what was one of the most interesting M&A deals of last year – Red Tiger CFO Lara Falzon was also a key player.

Having joined the company when it had no finance team, Falzon set about transforming its commercial strategy, preparing it for and steering it through the sale to NetEnt.

Falzon was no stranger to M&A – for someone who only entered the industry in 2013 she’s been party to more than most, having been financial controller at King when it was sold to Activision Blizzard then group CFO at Evoke Gaming when it was bought by Mr Green.

It’s a hugely rewarding part of the job for Falzon: “As a CFO, I feel that an M&A process wraps up all the hard work that would have been carried out within the organisation over a period of time. All this drives my personal job satisfaction.”

She says the Red Tiger deal was her career highlight, especially given she was pregnant when she joined the company. “Red Tiger should have been the job with the question mark. I wanted the role but I didn’t even know if I was capable of doing it due to my personal situation.”

Fortunately, she says Red Tiger was very supportive and clearly this paid off for the firm – and also for NetEnt. With the merger having proved its worth many times over, it was little surprise that Falzon was this year appointed operational CFO at NetEnt.

Taking on the role in February just as the pandemic hit has been a challenge, however. “Everyone was working from home so I couldn’t even have personal relationships with the team that were reporting to me,” she says. “Also, I have a two-year-old so to make it work I used to wake up at two in the morning.”

She says she’s inspired by other high-profile working mothers such as Hillman and aims to serve as a role model to others. “In my team I have someone who wants a family but at the same time is ambitious,” she says. “It is my objective to act as a role model for this person, to show her that if I did it then she can as well. I believe that as women we should empower each other.”

We will publish the rest of the women featured on this year’s list tomorrow and Wednesday in Part 2 and Part 3.