The third instalment of iGB's Most Influential Women list 2020 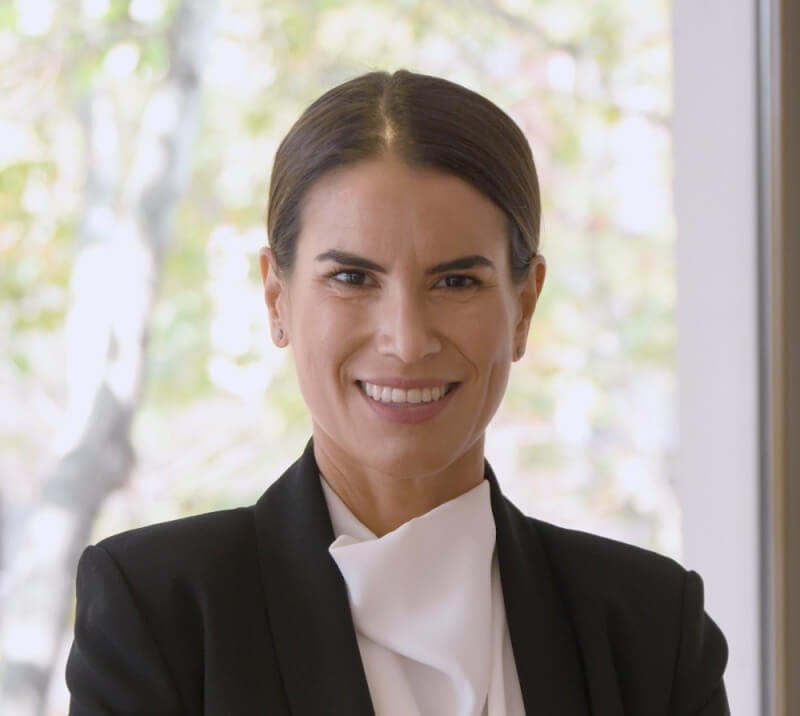 In 2018 we launched the iGB Most Influential Women list to celebrate the highest achieving women in our industry. Now in its third year, the survey has gone from strength to strength and this year we saw a huge increase in the number of nominations from within the industry.

This is the third part of a three-part series online. To read more about how the list was compiled and why it was especially necessary this year, see Most Influential Women 2020: Part 1 and Part 2.

In recent years European operators have become increasingly interested in the idea of gaining a footprint in Latin America. And whether it’s via M&A, a joint venture or additional licences, when it comes to professional advice, Romero is the first port of call for many.

Described by one operator as “a key source of legal and industry knowledge and information for all casino/gaming-related business across Spain and Latin America”, another as a “key influencer, mover and shaker” and yet another as possessing “unique networking and business development skills for a lawyer”, Romero has a reputation for being more than a lawyer.

She’s helped facilitate commercial deals in jurisdictions such as Mexico, Panama and Brazil, working on both the operator and investor side, with major private equity funds among her clients.

On the investor side, she sees her finance background – she joined Loyra in 2011 after a number of years in financial roles – as having been an advantage.

“We understand how they do the deals, the valuation and the process. Also I think what is important for private equity clients is we understand the compliance sensitivities and how to pass through investment committees and credit committees, because we have done it from the other side. So they appreciate that extra business angle.”

But she’s clear she has no regrets about moving into gaming. “What I have seen over the years is that it is very international, it is extremely professional, it has high compliance standards and it is super interesting. It really provides you with all the angles in business and legal challenges.”

Alongside her work, Romero is involved in a number of mentoring schemes and also teaches at Madrid’s IE Business School, overseeing its executive programme on the gaming sector. “It keeps things fresh. It obliges me to study and keeps me in contact with younger people, which is something that is very interesting.”

Without doubt the biggest development in US gaming in recent years was the repeal of PASPA in 2018 and without Sara Slane there’s a possibility it never would have happened.

Though the legal case was driven by New Jersey, the American Gaming Association (AGA) played a big role in gathering support among land-based operators and leagues for the repeal of the outdated ban on sports betting.

As senior vice-president of public affairs for the AGA, Slane was the public face of its campaigning, such that she became known as “the face of legalised sports betting”.

“When I began my career, I definitely never thought that would be a tagline used to describe me, but it is super flattering and I am always humbled by the nice things that people say about me,” says Slane.

Having studied political science, Slane entered the gaming industry by accident after moving to Las Vegas in 2006 to work on Catherine Cortez Masto’s first attorney general campaign. She then began working for gaming giant MGM, before moving to the AGA in 2014.

Last year Slane decided to strike out on her own, setting herself up as a consultant for various stakeholders involved in the rapidly expanding US sports betting market.

“I never really viewed myself as being totally entrepreneurial, but then I saw the partnerships being struck as a result of the work I had done in bridging the gap between the leagues and the teams and the gaming industry,” she says. “I wanted a new challenge. It was the right move at the right time.”

It’s a gamble that seems to have paid off: already she’s secured clients such as the National Hockey League, PGA Tour and Nascar, among others.

As well as providing advice to industry heavyweights, Slane also regularly provides guidance – both informally and via a mentorship programme at the University of Michigan – to other women in the industry and supports initiatives to highlight women’s achievements.

“It is definitely a heavily male-dominated industry and in order to continue to attract top talent to the industry, you have to highlight the successes of women who are involved.”

When Van der Merwe emigrated from South Africa to Australia 30 years ago, she planned on continuing her career working in marketing for fast-moving consumer goods companies. Even after she took a role at Queensland lottery operator Golden Casket, despite having no idea what a lottery was prior to applying for the job, she thought it would be a stopgap.

But things quickly changed. “My plan was to do it until I found a real FMCG role but that was until I met my first winner and saw first-hand the good that lotteries do. It is an incredible industry,” she says.

After 10 years in marketing roles she became general manager of lotteries for Golden Casket, before moving to Tatts seven years later. Fast forward to today and she now heads up the lotteries and Keno division at Tabcorp, taking on the top lottery role after the merger of Tatts and Tabcorp back in 2017.

“It was very hectic. I think we felt like we’d been sucked into a vortex because there was a lot to do; it was bringing two massive organisations together.

“When I moved into the new merged entity the change for me was firstly, I had the Keno business from the previous Tabcorp side, so my responsibility expanded,” she says. “I also moved into a managing director position, so it was a lifting of position in terms of accountability.”

It may have been a big job, but from looking at Tabcorp’s results post-merger it would seem she’s made all the right calls. The division has been the star performer in the company’s portfolio over the past couple of years, with particularly strong gains in the digital channel.

One advantage lottery has over other verticals, says Van der Merwe, is the opportunity to learn from peers and she is active in the international lottery community, sitting on the World Lottery Association executive committee and chairing the Asia Pacific Lottery Association.

“The lottery industry is quite unique because there are lotteries operating all over the world but generally within their own licences. Because it has not been an industry where lotteries have competed globally with one another, there has been a lot of collaboration.”

When asked how she feels about being described as “the ‘go-to’ person for any marketing, affiliate or tracking solution enquiries related to the igaming space”, Wolde Gabriel says she’s humbled but also points out that she has been working in the industry for some time.

Joining Income Access back in 2004 soon after finishing her master’s degree, Wolde Gabriel has been involved in affiliation since its very early days, when Income Access was one of the few affiliate programmes around. “It has been nice to grow and watch companies grow – some of the smallest brands that were start-ups then are now multimillion or publicly listed companies, which is lovely to see.”

It’s not just affiliates and operators that seek Wolde Gabriel’s counsel on the affiliate space, she’s also been involved in shaping regulation of the industry. For example, when New Jersey’s Division of Gaming Enforcement initially set out an affiliate licensing regime with prohibitive fees, she was part of a team that helped convince the regulator to change this, which eventually resulted in the vendor licence.

But while she viewed that particular regulation as unworkable, she’s in favour of affiliate regulation more generally. “By regulating it and making sure everybody stays on top of how they are advertising, it elevates the industry so I think it is a good thing.”

A recognisable face on the conference circuit, Wolde Gabriel says events are one of the things she is missing most as a result of the pandemic. “Conferences are key for expanding your networks, because then you meet more people and then you are able to help people, people are able to help you and it is a win-win for everyone.”

Having been described by colleagues as a role model with strong leadership skills, she says she’s always available to those seeking career advice, with her main words of wisdom being: “Be consistent, always be polite and professional and never let your standards drop.”

Ewa Bakun is director of industry insight and engagement at Clarion Gaming. She is in charge of key industry relationships and market intelligence to identify industry trends and ensure the editorial integrity of the educational content presented through Clarion’s brands. Ewa has been tracking industry developments since 2009 and has seen the rise (and sometimes fall) of trends, brands and people, a testament to the pace with which the industry evolves.

Britt Boeskov is the chief experience officer at Kindred group, driving customer centricity to the heart of the global operator’s growth and strategy. She has previously held various executive roles across product, channel and delivery at Kindred. Britt also serves on the board of Racecourse Media Group.

Andrew Bulloss is a partner at search firm Odgers Berndtson and has been placing directors, senior executives, C-level and non-executive directors in the gaming and gambling industries for a decade. Prior to joining Odgers, he spent eight years leading recruitment in the technology/online, consumer goods and financial services industries in the UK and Europe.

Stephen Carter joined iGB in 2014 and oversees the editorial direction and output of the iGB, iGB Affiliate and iGB North America brands. He has worked for a number of B2B publications and affiliate portals since he started covering the sector in 2007, including eGR.

Christie Eickelman is vice president of global marketing at Gaming Laboratories International, directing and implementing all marketing programmes for the company’s worldwide locations. She has been blazing a trail for women to follow in the gaming industry since 1992, having begun her career at Sodak Gaming before moving to Wolf Gaming, then to GLI in 1999, where she has progressed through the company. Giving back to her community is a passion for Eickelman and she is president of the Global Gaming Women board of directors.

Christina Thakor-Rankin is co-founder of the All-in Diversity Initiative, which advocates for a data-driven approach to improving inclusion in gaming, and also runs a consultancy business. Her career in the industry spans 25 years and the whole betting and gambling ecosystem, including land-based, online and mobile gaming. She firmly believes that diversity and inclusion are critical to success in business.

Helen Walton is founder and CCO of G. She started her career at Unilever and has worked with Boots, Frucor, Tate Britain, PZ Cussons and dozens of other brands. She describes herself as a dealmaker, writer and marketer who enjoys solving problems, trying out ideas and making things happen.