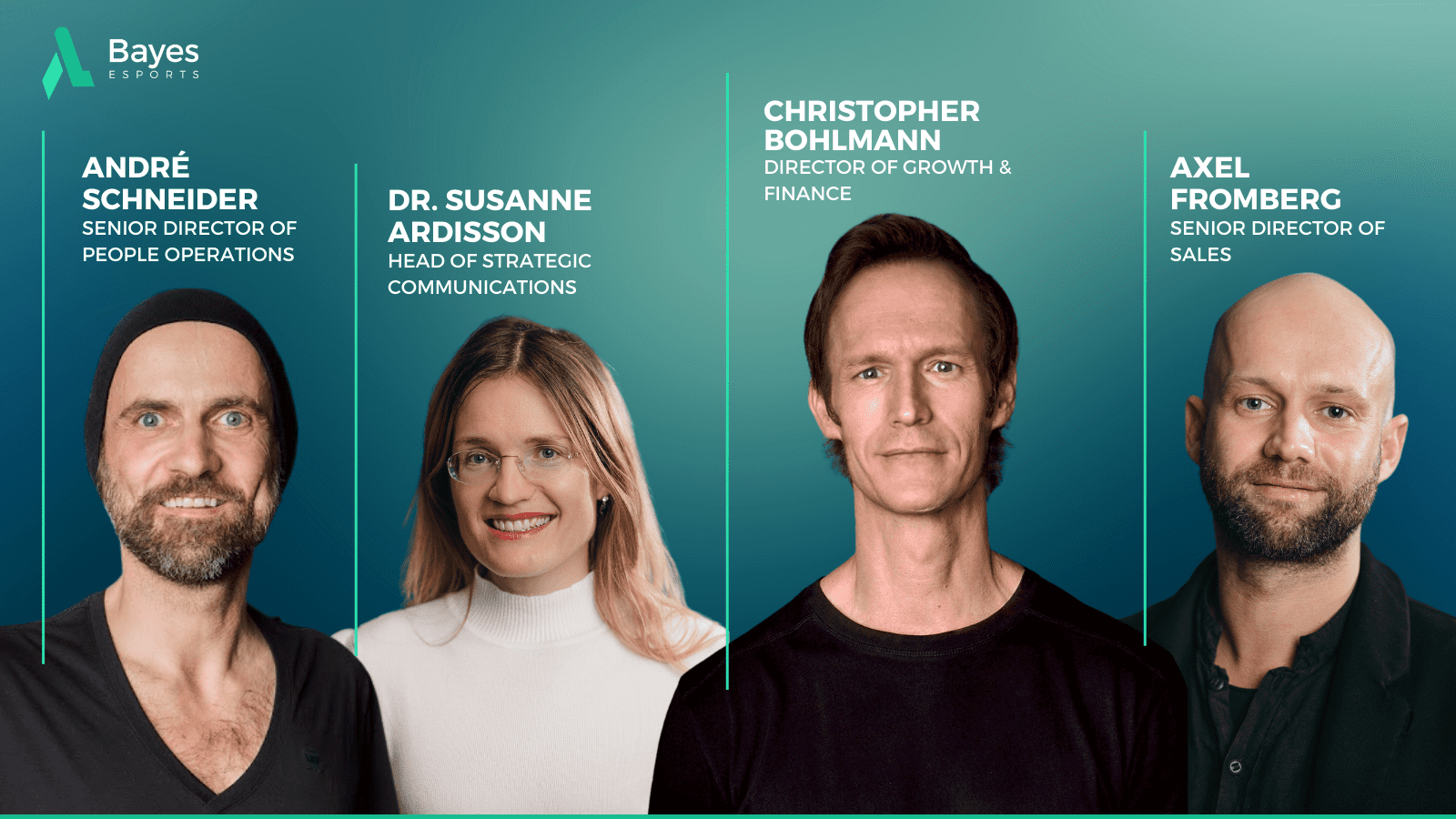 Christopher Bohlmann recently joined the business as director of growth and finance, following a 10-year spell working in the investment industry, primarily within the Technology Investment Banking team at JP Morgan.

André Schneider was also brought in as Bayes’ new senior director of people operations. He brings more than 17 years of professional experience of people and culture, having previously worked for global businesses such as Ikea and Red Bull, supporting cross-functional teams at the Olympic Games in Sochi 2014 and Rio de Janeiro in 2016.

Both Bohlmann and Schneider will join the management team at Bayes, alongside its two longer-standing members – head of strategic communications Susanne Ardisson, and senior director of sales Axel Fromberg – both of whom signed new, long-term contracts with Bayes.

Ardisson has worked as a senior PR consultant for 15 years, supporting companies such as Readly and Delivery Hero, while Fromberg spent 15 years overseeing sales businesses for major brands including BMW, Audi & Enel among others.

“With the recently announced expansion of Bayes Esports into the US, as well as the upcoming launch of a new odds distribution platform,” Dachselt said, “it’s excellent to see that the company has assembled the strongest possible management team to support and complement its ambitions.

“Our shared knowledge and expertise have been bolstered with the additions of Susanne and Axel, and we are also able to get a fresh and unique perspective from Andre and Christopher.”