Many years spent successfully exploiting industry bonus structures has given the group known as Ada Lovelace a deep understanding of all the loopholes and why the industry is failing so abjectly when it comes to dealing with bonus abuse. They tell their story to iGB 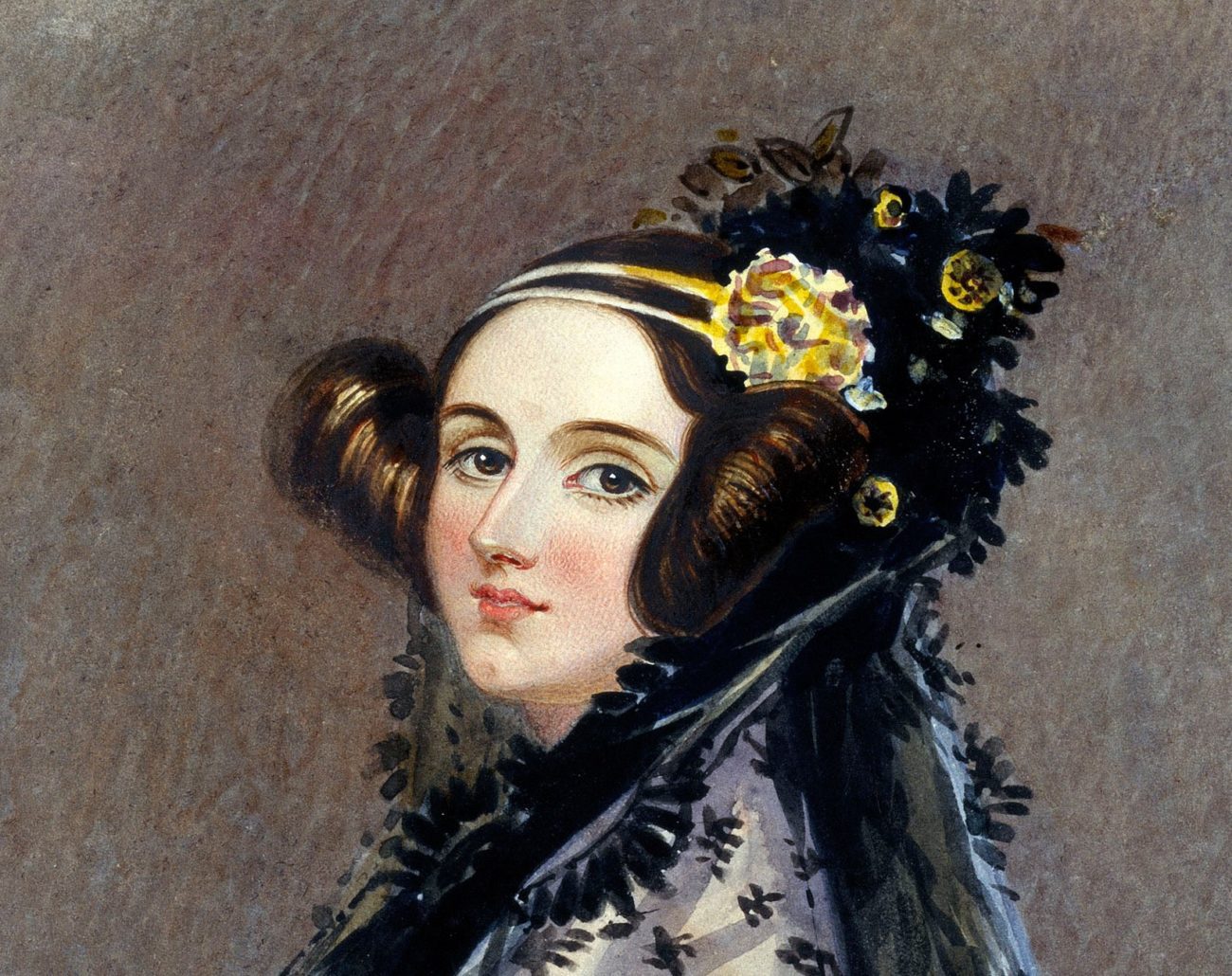 Many years spent successfully exploiting industry bonus structures has given the group known as Ada Lovelace a deep understanding of all the loopholes and why the industry is failing so abjectly when it comes to dealing with bonus abuse. They tell their story to iGB

Please forgive the pseudonym. Having the ability to ‘print money’ from the industry has drawn a lot of unwanted attention from fraudsters. We go by the name of Ada Lovelace – a homage to the first publicly recognised female coder (pictured left).

What began as an individual project soon became a partnership. We worked together against the industry for over 10 years combined, before turning our trade on its head.

Loopholes and exploits
We were one of many making six-figure careers out of exploiting the industry through a number of methods. Like others, we started with risk-free matched betting after being introduced to it by friends. After proving the concept we started multi-accounting with the help of friends and family who were willing to participate.

As bank balances grew, we started up-scaling and taking more risk in exchange for higher rewards by moving on to casino advantage play and exploits. We started recruiting people to do the work and purchased piles of laptops.

We gravitated towards others that were doing the same and became well acquainted with several large multi-accounting operations. Our associates specialised in different areas, and we found our own niche in identifying exploitable site mechanics.

The loopholes really fascinated us. We spent upwards of £20k testing bonus engines and other site mechanics, and through a process of trial and error identified several major flaws within the site mechanics, bonus structures and risk triggers. We also discovered human error within payments teams and customer service.

Knowing what to look for we paid people to run through the GB Gambling Commission’s register of operators, to collect specific data from each site. This data gave a strong indication of which sites were exploitable and so we went on to test over 400 sites, spanning more than 100 operators.

On the majority of sites, we were able to manipulate the bonus structure to either massively reduce, or completely circumvent the required wagering, and in many instances create duplicate accounts. We would occasionally do GDPR requests to give us better insight into the operators’ available data, which helped us to remain undetected.

We wanted to scale up our profits, but we were too risk-averse to recruit thousands of identities. Instead, we sold our findings to those who found these exploits far more valuable than us. These loopholes were sometimes worth millions in exploitable value to large operations.

Poacher turned gamekeeper
One of us had entered into a conversation with a tier one operator that we were personally exploiting – we’d taken over £70k from them in a matter of a few months. They were very interested in tackling the problem and we wanted a new challenge. Our collaboration was a huge success and led to us working with a further 12 operators.

As a direct result of our work, we have saved these operators millions in lost revenue.

Bonus abuse guides have been around in the UK for at least 13 years, and have become increasingly popular with coverage in major media outlets including the HuffPost, Telegraph and Guardian, as well as popular websites Save the Student, Moneysavingexpert and Mumsnet and, most recently, the BBC documentary Can You Beat The Bookies?.

The main six bonus abuse groups in the UK have 184,000 paid subscribers. Many of these members will operate multiple accounts. Although it is difficult to quantify, our rudimentary calculations put the total figure at roughly 1 million identities being used in the UK.

Depending on how much time is invested, individuals in the UK can realistically make £4,000 from welcome offers and then £1.5k+ per month profit from retention offers. Nearly two-thirds of this value comes from casino offers.

Bonus abuse forums are now focusing on automating matched betting, with tools such as the Each Way Sniper becoming widely available. This bot integrates with the front end of many operators to automatically place value bets 24/7.

The available profits decrease over time as accounts become bonus banned or stake restricted. This naturally leads individuals to recruit their friends and family so they can continue and increase their profits, which in turn breeds multi-accounting.

With the law untested on multi-accounting in this industry, others have adopted less discreet recruitment methods such as gathering identities from outside job centres or posting ads on social media.

‘Stratsol’ is one of many large multi-accounting operations and they recruit publicly online. They have over 3,600 members, a referral scheme, a registered company name, 20 staff members – and a driver that comes to your home to take KYC photos and apply for a bank card.

With that number of members they may have profited up to £14m just from targeting acquisition offers. If they also targeted retention offers and knew how to exploit site mechanics, that figure would be far higher.

Into the mainstream
Bonus abuse has become mainstream in the UK, and we are seeing similar patterns emerge in other countries. There is big money in providing membership guides and many of them are hoping to get a foothold in other markets. Betting exchanges rely on matched bettors to generate liquidity in their lay markets and team up with these forums to offer preferential commissions.

Some exchanges even offer tools and guides on bonus abuse. With the prevalence of purchasing identities online, anyone from any country can create a multi-accounting operation anywhere in the world. The combined value of welcome offers in Germany, for example, is magnitudes higher than in the UK.

Affiliates are also often bonus abusers. They know from trial and error what bonus abuse strategies or mechanical manipulations will evade the operators and can use some of these tactics to profit from affiliate schemes unbeknown to the operator by creating ‘losses’ that aren’t genuine.

VIP thresholds are tested by some bonus abusers who happily take a loss in the process, knowing that once they identify the thresholds, they can gain VIP and the profits will outweigh their cost of entry. They can rinse and repeat this with multiple identities.

Knowledge gap
There is a huge disparity in knowledge, in part because very few people with the necessary skills make it into the industry. It’s not surprising when abusing bonuses can be far more lucrative than a salary.

A simple example of this disparity can be seen by the way the industry miscalculates the overall value of their casino offers: Bonus – (house edge x wagering requirement)

This calculation does not incorporate the ‘bust rate’ which affects the amount of wagering completed in relation to the bonuses provided. The bust rate is affected by stake size and game volatility. There is a counterintuitive barrier to the understanding that the higher the chance the player has of busting, the higher the average exploitable value.

Many operators have a heavy reliance on P/L which isn’t very useful for early detection. Bonus abusers lose more times than not (often around 80-90% of the time). Their profits come from the larger wins when they eventually do win. Understanding the optimal strategy adopted by bonus abusers is a much better measure of the player’s risk.

Bonus abuse is also a cross-departmental issue, and with each department having its own objectives, the issue often falls through the gaps.

The industry as a whole has a tendency to deal with bonus abuse retrospectively, seemingly only able to identify the abuse after it has happened, when specific trends become obvious to the untrained eye.

Even once risky behaviour has been identified, there are many barriers to accessing and correlating all of the necessary data to identify the scale of the issue and all involved players.

The reliance on third-party products and the lack of real-time centralised data means many operators can’t effectively prevent or detect abuse. A basic example of this is not utilising the source of traffic data. Many bonus abusers in their early career will follow links from bonus abuse forums, yet few operators are able to assign the traffic source to specific players.

The poor use of data between core and third-party systems stifles almost every area of the industry.

The ultimate solution is in linking data from every source to allow for real-time risk segmentation, layered with machine learning to identify abuse trends as they emerge. This requires working with innovative products, platform providers and operators to deliver industry-wide solutions.

Add ‘Ada Lovelace’ on LinkedIn if you would like to have a chat about how bonus abuse is affecting your company. They are also holding a webinar on 31 March going into detail on the identifiable behaviours associated with advantage players and how that data can be utilised.