The UK association of directors of public health (ADPH) released a statement recommending several changes to current UK gambling law, including the aforementioned ban on what it deemed “high risk” gambling products, though it left the term undefined. 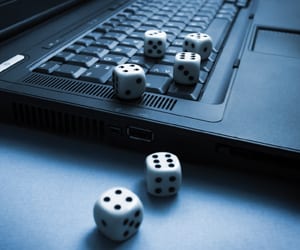 The recommendation was one of several made by the society ahead of the upcoming gambling act review white paper due for this month.

The association is a membership body for all directors of public health in the UK, representing the views of the profession.

The association stated that changes to the law should “include the prevention of clustering of gambling outlets in vulnerable communities alongside consideration of clustering with other forms of outlets/services with potential negative health impacts, and the banning of high-risk gambling products.”

The society suggested the measures as part of a wider strategy of what it called a “public health approach” to gambling harms.

They continued: “A public health approach is one that is guided by a vision that priorities the public’s health, and that is based on core values and principles, such as human rights, equity, and collective responsibility.”

“Gambling harms already reflect social and health inequalities; with potential to affect anyone but with greater harm where there is increasing vulnerability in terms of mental health, income deprivation, age, gender, race, and ethnicity. Anyone may be vulnerable to gambling harms at some point in their lives. What we have a present is a gambling policy system and industry that creates, exacerbates, and exploits vulnerabilities, counter to the governments duty to protect the health and wellbeing of everyone.”

The association pointed to statistical evidence Public Health England had gathered to paint a societal level portrait of gambling harms. By taking into account all of those negatively affected, rather than just the direct consumers who lost money, a sizable minority of persons are affected by gambling harm, it said.

“Public Health England’s review findings on the scale of the issue concluded that 0.5% of our population were gambling at a problem level, with 7% of the UK population negatively affected by gambling.

“This equates to over 4 million people in England and over 5 million people across the UK; 1 in 12 people are either directly or indirectly affected by gambling-related harms. The distribution of these negative impacts is unjust and unfair, with the greatest burden and risk of harmful gambling being experienced by socio-economically deprived, disadvantaged and minority groups.”