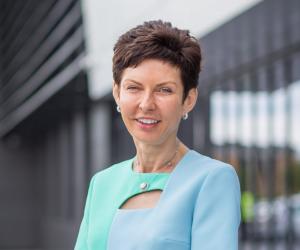 The year saw Bet365 customers stake £64.49bn on sports over the 12-month period, a 22.7% improvement on the prior year, contributing to revenue across sports betting and gaming growing to £2.98bn.

While the operator did not split out revenue for each vertical, joint chief executive Denise Coates noted that the gaming product had been enhanced through “significant investment” in developing proprietary content. Native apps were also rolled out in key regulated markets, while live casino performed well.

“In addition, the number of unique new games available to customers increased in the period,” Coates explained. “As a result the group's gaming operations experienced improved player retention and, ultimately, an increase in the number of active customers over the period.”

Bet365 noted that active customer numbers were up 23% year-on-year, across both sports and casino.

The sportsbook offering was evolved further over the year, with the launch of cash out functionality within its Bet Builder feature, both for in-play and pre-match wagering. The Edit My Bet feature has also been launched for each way bets.

While it did not provide figures, the operator said mobile sports revenue was up 18% over the year, while in-play accounted for 79% of betting revenue.

The full-year period covered the Fifa World Cup in June and July 2018, and Coates said that an increase in marketing expenditure was largely down to the tournament. However, this did not lead to an overall increase in direct costs resulting from revenue, which declined 11.5% to £359.8m.

Over the year, a key focus for the business was to enhance the methods it uses to identify harmful gambling among its customers, and to refine the way it interacts with these individuals to guide them to healthier ways of playing.

This has seen it experiment with new technologies such as machine learning, continue research into player behaviour and improve training for customer-facing staff.

“The group recognises that player protection is not a competitive exercise,” Coates added. “To that end, the impact of its systems and the positive results it identifies through internal research are routinely shared across the industry.

“In the coming year, the group will continue in this vein, and is willing to work with other operators and regulators on raising standards across the industry, in a shared endeavour to make gambling safe for all.”

The Bet365 Group also includes Stoke City Football Club, owned by the Coates family, which reported revenue of £82.0m for the year, which saw it relegated to the second tier of English football. When this contribution was factored in, group revenue was up 7.2% year-on-year, to £3.06bn.

Once the £359.8m in direct costs were stripped out, the gaming business’ gross profit for the year stood at £2.62bn, with the group total rising to £2.70bn once the football club’s revenue was included.

After finance related costs such as fair value gains on investments and interest repayments, pre-tax profit stood at £791.4m. Bet365 Group paid tax of £106.5m, and after this figure, as well as currency exchange losses and value changes to property assets, were stripped out, net profit for the year was £681.7m, a 16.0% year-on-year increase.