Anything new is often a target for mistrust and in gambling this is often ampedwhen technology intersects with it. So how can the industry navigate this when it comes to esports? By Hai Ng 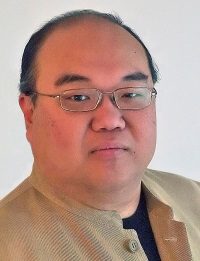 Be it a game of chance or a game of skill, the concept of gambling revolves around the principle that the outcome being wagered upon is uncertain. Where the certainty becomes more predictable, the scales are rebalanced through the application of odds, discouraging punters from the “sure bets” by enticing them with higher rewards putting their money on the underdog.

Regardless of the methods to make things more interesting, the basis of making bets, and for that matter any form of gambling, revolves around one primary principle—uncertainty—and it is the trust in that uncertainty that makes gambling an activity and a business.

Ever since Cups and Balls and Three Card Monte, trust and the confidence in that trust, has been the target of fixers and cheaters. We’ve all seen sleight of hand from magicians, but when you witness the card handling skills of card mechanics like Richard Turner (who is blind), it is a wonder how anyone will put money on the outcome of any card game.

Trust is the counterbalancing weight that keeps many activities in today’s society functioning, and gambling is no exception.

While the old adage claims that “trust must be earned,” the cost to earn trust varies greatly and is affected by many factors, often intangible and hard to quantify. Mistrust, however, is much easier; it blossoms and spreads like weeds.

Shock of the new
Anything new is often a target for mistrust and gambling is no stranger to this phenomenon—with gambling, mistrust of the new is often amped when technology intersects with it. Whether it was the advent of video slots or online gambling, the perceived opacity and “voodoo” of technology is fertile ground for mistrust to blossom, even when often, it can be just as easy to rig a mechanical game as it is an electronic one.

I remember when online casinos first hit the market in Asia, there was a preference for live dealer games because players didn’t believe that a software-based card game could be trusted. On the other hand, a pretty distracting person on the screen dealing from a deck of giant-sized cards was perfectly fine.

Even today, many conspiracy theories and superstitions continue to circulate among gambling customers. Ranging from payout-timers on slot machines to hot-tables to betting systems, these beliefs continue to thrive to the extent that game designers are using them to attract customers and stoke their confidence through features like displaying irrelevant or inconsequential statistics.

With all this, it should come as no surprise that when esports hit the world of gambling, many initial reactions, especially from the uninitiated, were ones of mistrust. But how does esports really compare with other sports for outcome and in-run wagering?

Let’s start with the basics: the games themselves, the rules that players follow, and the rules that form the governance of the events, competitions, and tournaments.

Setting the parameters
Every established game played in traditional sports has a set of rules that set out specifications on a wide variety of parameters. Everything from the field of play, to the equipment used, and sometimes requirements for attire which may or may not contribute to the performance of the players, are subject to rules.

The same exists in every established game played in esports, but to a much larger extent that is also more absolute. This is principally because the rules and parameters for games in esports are encapsulated within the games themselves. Unlike traditional sports, where arena elements such as the measurements of the playfield and equipment factors such as size and pressure of a ball are trusted to be correct, games in esports provide no such wriggle room since everybody plays within exactly the same parameters.

Until Deflategate happened during the 2014 American Football Conference Championship Game, how many sports wagerers, or sportsbook operators for that matter, ever questioned the validation of the inflation pressure of game balls in a game?

In a sense, everything from a playing field’s dimensions to the size and depth of a hole in golf can be called into question. When was the last time anybody wondered if that penalty box might be a few inches smaller?

These challenges do not happen because of trust; they don’t endure after incidents of exploitation or mistake either, often through the preservation of trust by downplaying or dismissing them from public view.

In esports games, that trust is actually not necessary as all the principle elements that affect the game and its players are part of the game itself—literally hard coded—as every game is played in a precise virtual arena with virtual equipment of exacting specifications.

This level of absoluteness even extends to one element that continues to plague traditional sports, the reliability of officiating. Referees, umpires, and other officials making calls on game rules that may be subjective and based on unreliable observational abilities, even in the presence of extensive video and technical support, have continued to be fallible.

With that flow of digital data, in almost all cases, there is no need for any adjudicators to interpret and determine the qualification of an event. All calls are made directly by the game with mathematical and impassioned precision. There is never a question of parallax errors in offside calls in a football game or an out call in tennis—incorrect referee calls simply do not exist.

In traditional sports, the opposite is true. We rely on human observers to make calls while games are in real-time progress. Calls are often required of referees while they’re running around the field in less than ideal conditions for observation. Even with the best video recording/playback systems and/or sensor technologies, we are simply attempting to capture then record actions that have physically happened, and as with audio digitization, there is always the possibility that something gets lost in the quantization process that is qualitative to the event in question.

Finally, there are the governance rules that surround events, competitions, and tournaments. Just like traditional sports, in esports, these can vary with the event, competition, and league. And just like traditional sports, sportsbooks and betting operators can mitigate this factor by taking action only from established leagues and competitions that are certified or regulated by established federations or integrity organizations. In the case of esports, the Esports Integrity Commission is the established global standard.

From a semantic perspective, the base integrity of esports games far exceed traditional sports games in terms of repeatability and uniformity of play parameters, rules, and calls, and is at par with traditional sports when it comes to governance. The only exception to this is the possibility of bugs that may exist in the game—something that would be somewhat unique to games in esports—but many bugs are quickly quashed by the sheer number of games played, monitored, and recorded by millions of players around the world on a daily basis.

But what about fixing and cheating? Unfortunately, esports isn’t immune to the forces of greed and the desire to win at any cost.

Match fixing occurrences can happen in esports just like they do with traditional sports. In most cases, the same parameters apply to both sports and esports when it comes to probability and magnitude—the larger the league or tournament; the harder it is to fix.

The mitigation and remedy to match fixing is the same between traditional sports and esports. They include bet monitoring, and integrity education and management.

Arguably, games in esports do have a slight advantage over traditional sports in that games can be analyzed digitally, often at extreme levels of detail, to potentially detect deliberate performance degradation and/or collusion, but this is something that requires constant vigilance in monitoring.

Sleight of mind
Saving the best for last, we have cheating.

As I stated at the beginning of this article, cheating probably started shortly after games were developed. As the late famous magician and skeptic, James Randi, often said, “Magicians are the most honest people in the world. They tell you they’re going to fool you, and they do it,” we can’t assume anybody else to be willing to do the same.

The desire to win and/or greed for prize and attention will drive many to do what it takes to be victorious at any cost. In traditional sports, we see everything from the use of drugs, which may lead to permanent injuries, to the development of tricks like ball shaving in baseball to glove padding and thinning in boxing. Ironically, the art and task of cheating can be just as challenging as winning a game fairly.

The same is true in esports. Players have resorted to using focus-enhancing drugs like Ritalin, and anxiety-calming beta blockers to provide unfair advantage. On the tricks and tools side, though we’ve seen our share of blatant cheats that have occurred in plain sight, the serious cheaters smuggle their tools of the trade in through some of the most creative techniques.

This is one aspect where, like their traditional sports counterparts, esports relies on a team of officials, commonly known as admins, to monitor, test, and catch cheaters in the act.

Just recently, it was exposed that coaches from several esports teams were using a glitch in the game CounterStrike: Global Offensive (CS:GO) that allowed them to spectate a live game from anywhere on the map to see every player’s position, including opposing team members, without anyone knowing. By using this feature, the coaches were able to relay information to their players, giving them a huge unfair advantage.

This is hardly a “gotcha” moment for esports since Spygate had already happened in the National Football League in the US when in 2007, the New England Patriots (yes, same team from Deflategate) were caught videotaping the New York Jets’ defensive coaches’ signals from an unauthorized location. More recently, Major League Baseball’s Houston Astros used an illegal video system (and trash cans) to steal signs from opposing teams.

While in all these instances, the infractions were ultimately detected, in the case of esports, something unique happened. ESIC, with the assistance of the two persons who discovered the cheating technique, Michael Slowinski and Steve Dudenhoeffer, not only documented proof of the cheat during the event in question, but were able to go back through months of recorded game data to identify other occurrences where this cheat was used in past games. This resulted in sanctions handed out to both the offending coaches and their teams for all the instances, sending out a clear message to future offenders that cheating will not be tolerated. As a unique feature in esports, this is something that both bookmakers and regulators should take into consideration when crafting rules for esports wagers.

In closing, esports is clearly not immune to match fixing and cheating, and while it has advantages over traditional games in sports when it comes to rules and field calls, it is arguably balanced by the potential for undiscovered bugs in the game. That said, neither is it any worse off than what is tolerated (or ignored) in traditional sports.

At the end of the day, “trust dies but mistrust blossoms,” and given esports’ rising popularity, and the many scheduling and operational advantages over traditional sports, it behooves us as an industry to work to build up our understanding of esports to start building the trust players need to consume this new product.
Hai Ng is integrity ambassador for the Esports Integrity Commission (ESIC) He is also co-founder of Neomancer, a unique technology strategy and management firm. Hai has more than three decades of experience in the technology sector, with a decade in igaming.