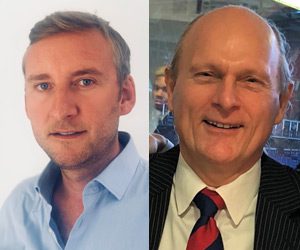 Skyrocket Entertainment is closing in on its first operator partnerships and game releases after acquiring the exclusive gaming rights to 75 feature films.

The company, which launched at this year’s Cannes Film Festival after being established by UK film producer Sean O’Kelly and gaming industry expert Richard Clarke, this week announced that it had appointed industry veteran Graham Martin as chairman.

With its senior management team moving into place, the company is now focusing on game development and signing the partnerships that will deliver its titles to the public.

O’Kelly told iGamingBusiness.com that the first games will be live in six months’ time and that titles will include Antonio Banderas comedy Gun Shy, war movie The Last Drop and Polish box office No.1 Squadron 303.

“We plan to announce a further raft of Hollywood studio films in the coming months as regular ‘drops’ on our website and social feeds,” O’Kelly said.

“We are advancing well with several deals, both with operators and games platforms. These will be announced soon – most likely at the ICE conference (in February).”

Skyrocket will create both social and real money games, including slots, instant games, bingo and lotto.

New chair Martin was the founder of Bonne Terre, the operator that became Sky Bet when it was acquired by BSkyB Group. He was also chairman of Probability Games Corporation, which was successfully listed on the London AIM in 2006 before being acquired by Gtech.

In a statement, Martin said: “I’m enormously excited to be joining forces with this talented team – both top-class individuals who bring expertise and proven track records within both the gaming and film business sectors.

“Skyrocket has a fun and social product which has tremendous growth potential by accessing our large user bases.”