A report by the International Betting Integrity Association (IBIA) has found that match fixing costs the betting industry approximately $25m (£18m/€21m) every year. 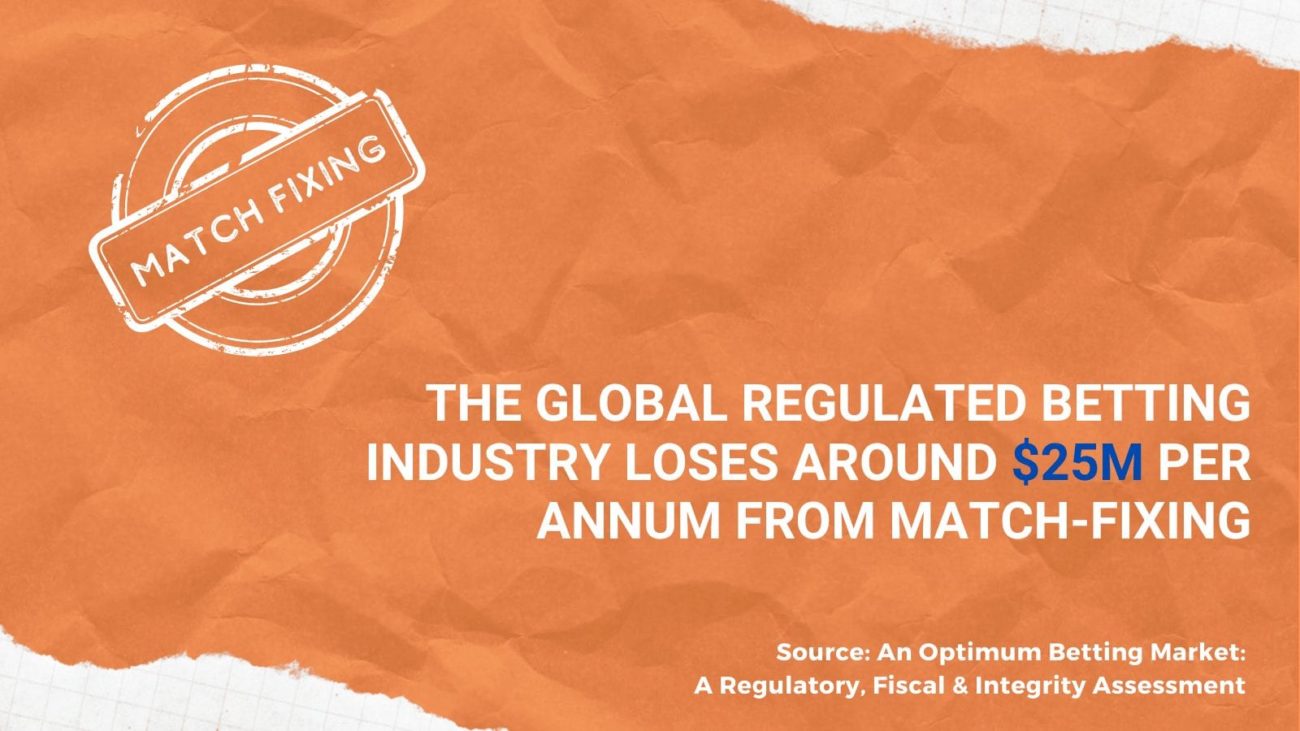 The figure is based on data collected from operators, transaction history from customer bets on events that turned out to be corrupt, and analysis of tribunal and criminal sentences passed on corruption cases.

The report – which can be read here – also said that many efforts to limit match fixing through national betting restrictions due to bets being placed outside of the jurisdiction where the corrupt event occurred. Between 2017-2020, 92% of basketball match fixing alerts came from bets placed abroad, while the figure for football was 84% during the same time frame.

The IBIA said that therefore “any restrictions on betting products enforced by regulators in the market where the potentially corrupted sporting event took place would therefore have been completely ineffective” for these events.

“The regulatory authority would have no data on any of these potential integrity issues if regulated operators were unable to offer the markets and were unable to track any suspicious betting activity,” it added.

“The demand for those banned products invariably results in consumers migrating to offshore operators unhindered by such product restrictions and outside of that market’s regulatory oversight. This is counterproductive to the core regulatory and integrity policy aim.”

Countries that have introduced strict reglations to conteract match-fixing include Sweden, where betting on rule violations like yellow cards is banned. There are also a number of restrictions on betting on lower-league events in Sweden.

Of the 650,000 events (including 150,000 horse racing events) that operators offered betting opportunities on, 99.96% had no suspicious betting alerts – meaning only one in every 2700 events generated an alert.

The report also went some way to dispelling the misconception that fraudulent betting primarily takes place online, noting that 1 in 5 (22%) of football alerts came from retail outlets from 2017-2020. In addition, it said that match-fixing is easier to detect online, making it appear that online betting is a larger risk when this may not be the case.

From 2017-2020 tennis generated the most match fixing alerts with 537, though the IBIA noted that this was due in part to the large number of tennis matches that took place, as only 0.2% of matches produced an alert.

Football was second with 207, while table tennis was next with 72. In football, the majority of these alerts, 91%, came on primary markets such as the match winner, rather than secondary markets like yellow cards or corner kicks. Card betting alerts occurred only once per 1,700 card betting markets offered, and the IBIA noted that even this was “skewed” by six alerts within one country’s top league in 2019, which have led to arrests.

“Without the ability for IBIA members to offer and monitor this market, this activity would likely have gone undetected and unpunished with bets placed with non-reporting operators,” the IBIA said.

For basketball, every alert was on a primary market. Similarly for tennis, the vast majority of alerts were for match or set betting, rather than individual points which generated just 5%.

270 matches were flagged by IBIA in 2020 for suspicious activity.

Europe turned out to generate most alerts, with 521 occasions being flagged in the three year period. 194 events were flagged in Asia, and 91 alerts were generated in Africa.

The report also included a ranking of many of the most significant betting markets across the globe on factors such as regulation, taxes, product offering and marketing, with Great Britain and Malta at the top.

In addition, the report included a number of findings about the global betting market in general, including that the size of the market is set to reach $106bn by 2025 and that online betting shows no sign of relinquishing its majority of the global market, which is gained in 2020.